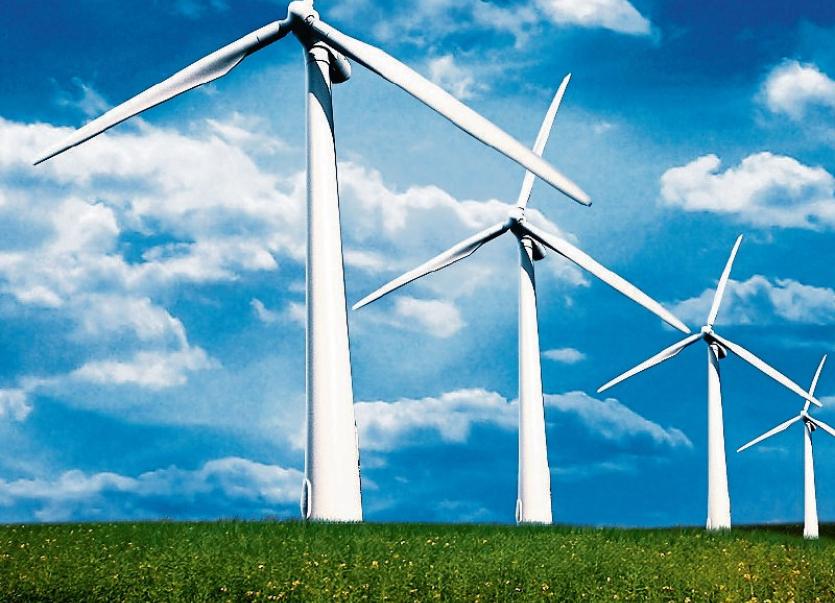 "People Power" can keep more windfarms out of Laois, according to an Offaly councillor.

Leader of the RENUA Ireland party, Cllr John Leahy has criticised the government's 'double standards' over windfarm zoning in Laois.

The councillor is critical of the Environment Minister for stepping in to prevent Laois councillors from banning new wind turbines.

‘‘Ministers do have the power to set aside county plans if they are against the public interest. Resistance to the wholesale wind-power though is in the public interest and the interests of the environment," Cllr Leahy has stated.
“It is an example of people power in action where the people have declared they want to exclude
any further failed wind-power technology from Laois,’’ said Cllr Leahy from Edenderry.
The Draft Ministerial Direction was recently issued to the Laois County Development Plan by Environment Minister Eoghan Murphy.

Laois councillors had voted for a setback of 1.5km, and also removed every area zoned 'open to consideration for wind" from the map of Laois. The Minister intervened saying both went against national policies on renewable energy,and that the councillors had not given sufficient reasons for their decision.  Read full story here.

Mr Leahy said that intervention contradicts Energy Minister Denis Naughten, who has said in the Dáil that the current 2006 wind planning guidelines are not fit for purpose.
“Astonishingly, Minister Murphy wants Laois County Council to change its County Development Plan to comply with these unfit for purpose illegal guidelines.  This is the opposite of joined up Government and in the process the democratically mandated Laois councillors are being brushed aside and ignored," Cllr Leahy said.
‘‘Laois people are being treated like second class citizens when compared to other counties," he said.

He notes that Donegal County Council has adopted an effective set back distance of 1.5km to 1.75km, and Westmeath has set-back distances ranging from 500 metres to 2,000 metres.
“Based on these variations, the ministerial direction to Laois is at least inconsistent if not illegal and should be reversed by Minister Murphy," claimed Cllr Leahy.

"If he doesn’t Laois is being treated inconsistently with other counties, without any good grounds
based in planning or policy. This in turn could expose the Minister and his Department to legal
challenge," he warned.
‘‘Minister Murphy is young and inexperienced but even he must know it is a sign of bad legislation
that it is legally vulnerable and inconsistent. People-power has already chased wind-farms out of
Laois before. If necessary we will ensure people power triumphs again in this instance," he said.