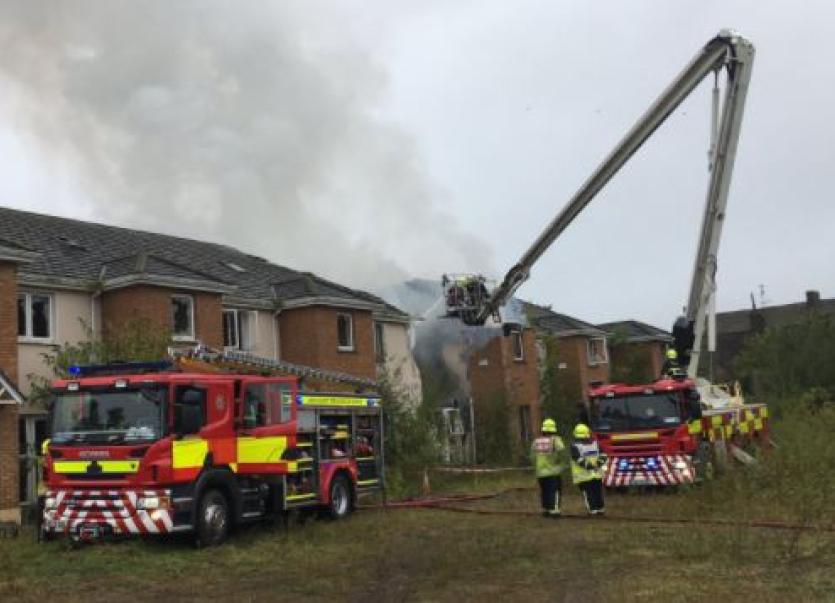 A total of six unfinished apartments were damaged in a fire in Laois over the weekend.

Crews from Rathdowney, Mountrath and Portlaoise attended the fire at an unfinished housing estate off St Patrick's Terrace in Borris-in-Ossory on Sunday morning.

The fire was in the middle of a row of timber framed apartments, with two completely burned out and four more badly damaged.

The fire was "extensively developed" when crews arrived, according to Assistant Chief Fire Officer Anthony Tynan in Laois County Fire and Rescue Service.

"The cause of the fire is being investigated by An Garda Siochana - there were signs of anti-social behaviour in the building," he said.

The roof collapsed in the middle of the building and firefighters in breathing apparatus along with a hydraulic platform worked to contain the fire and make the scene safe.

A search was conducted to confirm there were no occupants.

There were no injuries.

The fire was reported to the Fire and Rescue Service at 07:15 Sunday morning, September 3 and firefighters were on scene until the late afternoon.

LS13, LS16 and LS11 in attendance at fire in vacant houses, Borris in Ossory. Hydraulic Platform and BA in use. pic.twitter.com/YEOmkAwNka