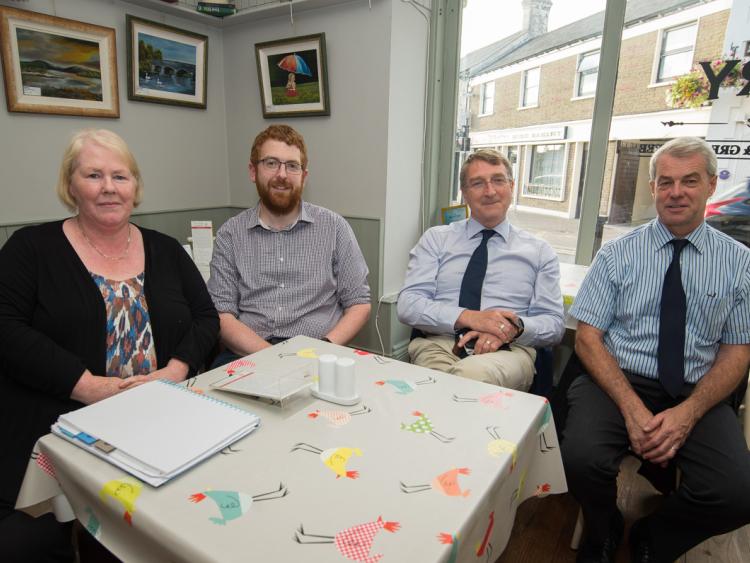 A year in the life of Main Street, Portlaoise and the challenges facing its resident businesses top lined the AGM of the Downtown Portlaoise traders group in The Pantry on Monday evening.

The Chairperson of the Downtown group, Matthew Kennelly (EBS Manager) outlined the achievements of the group, including entry into the Enterprising Towns initiative; a submission to Laois County Council on their 2040 vision; the Whatsapp security group; the Christmas market and Christmas lights turning on; and the soon to be finalised 45 minutes free parking in the town.

However, Mr Kennelly tempered these achievements with a list of the many challenges facing Downtown commerce.

The roll call of the number of businesses that had closed their doors during the year told its own story. These included Grahams Newsagents, All Occasions, The Party Shop, The Garden Restaurant, Seasons, and Relish. Within the past fortnight the landmark Millers Hardware closed, and some other closures are imminent.

"This level of shop closures is unsustainable, and although we have had a few new shops opening such as Hale, Kellys Steakhouse and The Baytree, this goes nowhere close to replacing the quality of business and trading experience that has left," Mr Kennelly noted starkly.

One of the landmark buildings on Main Street is the Courthouse and its future when and if it moves was queried by Gerry Browne.

Andrew Shaw noted that a museum or art gallery has been suggested, but Mr Browne sounded a note of cautioin, saying that the group "should be careful what we wish for." He noted the number of people working in the Courthouse, and indicated a preference for a government department in the building.

For the coming year, Matthew Kennelly outlined the group's aim to liaise with other organisations and out of town retailers to promote Portlaoise in its entirety, "as a destination for people to shop and for shops to open."

Once the 45 minutes free parking was finalised, Mr Kennelly said that the group would initiate a survey to all traders "to see that they would like to see implemented in the town to improve business.

"We had some suggestions such as incentives for new retailers, partial pedestrianisation of Main Street, allowing a more regular or permanent market, a fund from the Council to help with short term cash flow for struggling businesses."

While the news for the Downtown group was certainly mixed during the past year, Mr Kennelly ended on a positive note, detailing a number of positives, such as the town's history and beauty, the investment by the Midlands Park Hotel and the rising population.