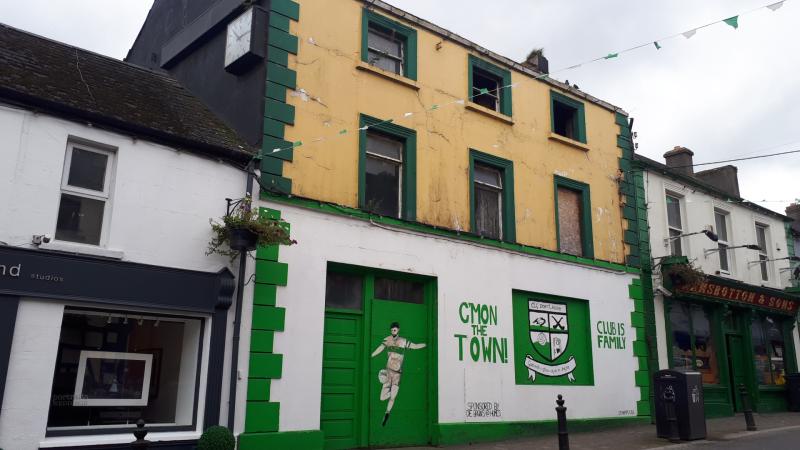 Landmark derelict building in Portlaoise has been bought by council

A landmark building on Portlaoise Main Street that holds precious memories for locals, is being bought by Laois County Council.

The County Hotel on lower Main Street is vacant since 1994.

In June 2015 a fire broke out that caused much damage to the building. It got a facelift last year in the form of murals supporting Portlaoise GAA.

Laois County Council CEO John Mulholland has confirmed that contracts have now been exchanged to buy the former hotel.

He said the council had begun preparing Compulsory Purchase Order documents but a sale was instead agreed.

"The acquisition of the hotel could have been a CPO, we made steps to prepare this, but luckily we were able to do it by agreement," Mr Mulholland said, speaking at the monthly meeting of Laois County Council last Monday September 25.

No future use was revealed for the building, but the news was given as part of a housing update by the council.

Below: Firecrews tackling a blaze at the County Hotel in June 2015. 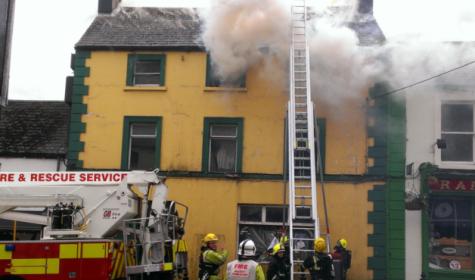