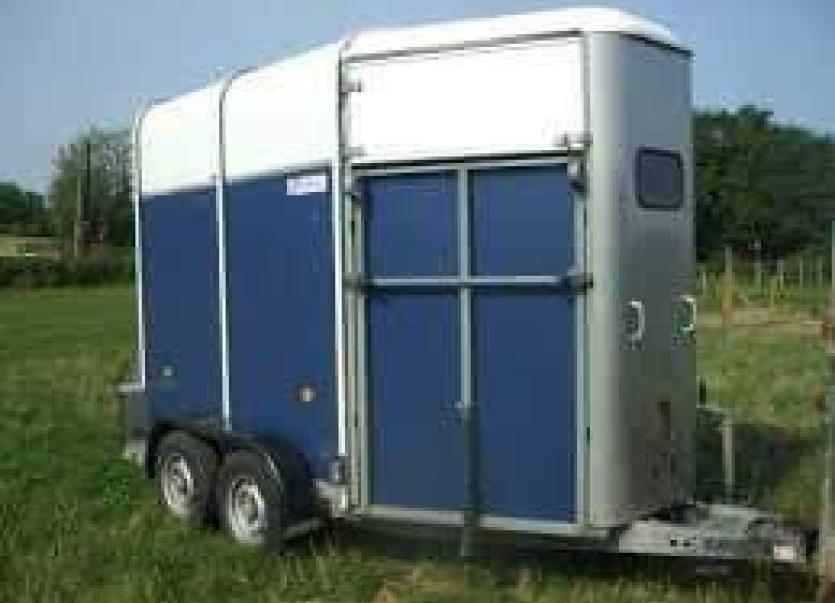 A horse jumper from Mountmellick is asking the public to help her find her horsebox, that was stolen from right outside her door.

Donna Reddin had her blue horsebox parked in her front garden in a housing estate in the town.

"It was reversed into my driveway a meter from my hall door with the jeep in front of it. My garden and the neighbours garden isn't walled in so they just pulled it across the lawn and hitched it up," Ms Reddin said.

It was only the second time in four years that she forgot to put a lock on the horsebox, and she urges other people to "lock everything up".

She said she is "gutted to say the least".

Her detailed description of the trailer explains that it is missing a spare wheel, and the back ramp is damaged on the right side at the base where a horse put its foot through rot. There is a crack on the same side higher up.  The back top door on the left is broken so it has to be closed when driving.

Ms Reddin is asking that if anybody sees anything suspicious, they contact Portlaoise or Mountmellick Gardaí.