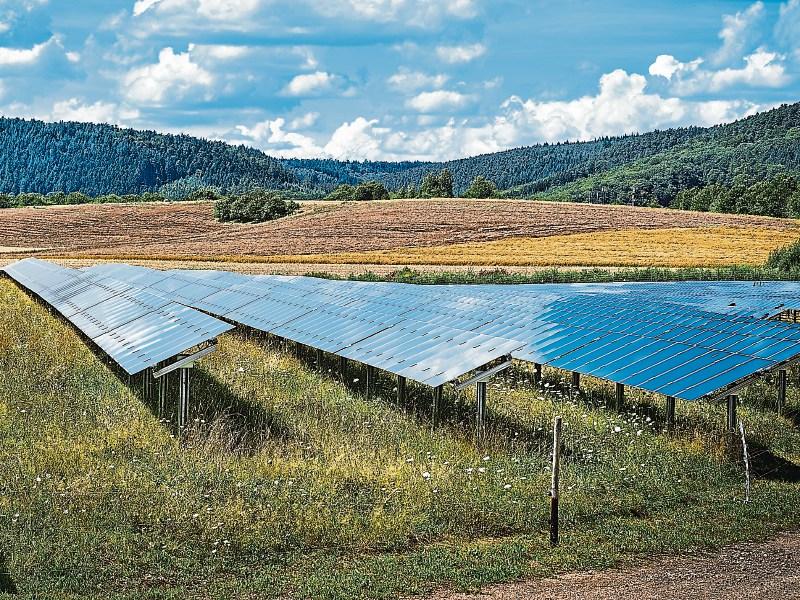 A solar farm on the Irish landscape. (Picture for illustration)

Laois residents are objecting to plans to build what has been described as “the largest solar farm in Ireland” on lands near Timahoe and Stradbally.

However, Laois County Council has received a number of objections from residents of both Timahoe and Stradbally, objecting to the plans.

“To consider putting in a solar farm of this scale alongside the proposed massive substation and power lines would have a devastating effect on our landscape,” said Colm Fingleton, Powelstown House, Stradbally.

He said that the solar farm would completely industrialise the rural countryside which is currently agricultural.

Mr Fingleton also challenged the applicant’s claim that the solar farm will be connected to the proposed Coolnabacca substation, as Eirgrid clearly stated that this “substation is not, either in whole or in part, to facilitate the connection of renewables”.

In separate submissions, Gerard Lowry, Munny, Stradbally, worried about the glint and glare from the solar panels, as well as the possibility of construction work contaminating the water supply at aquifer in Coolnabacca.

Pat and Marie Ramsbottom, Ballygormill, Timahoe, and Henry and Elizabeth Ramsbottom, Moore Valley, Timahoe, said they were greatly concerned for the health and wellbeing of their families and the generations of people to come in this community.

And Fand Cooney, Powelstown, Ratheniska, Stradbally, said that it appeared that the application is for “the largest solar farm in Ireland”.

He claimed that the planning documents contain significant errors, with one document saying the area is 141 hectares and another saying 42. He said that errors of such a fundamental nature call into question the accuracy of the information in the rest of the application.

Further objections were raised by John Lowry, for the Ratheniska Substation Action Group, who said the substation is not for the facilitation of renewable generation; and Jim, Mary, Amanda, Michelle and James Lowry, Moorevalley, Timahoe, who raised concerns over water contamination, the visual effect, and glint and glare.

A decision on the planning application is due from Laois County Council by November 26.