RACING: Luxembourg returns to action at the Curragh on Saturday 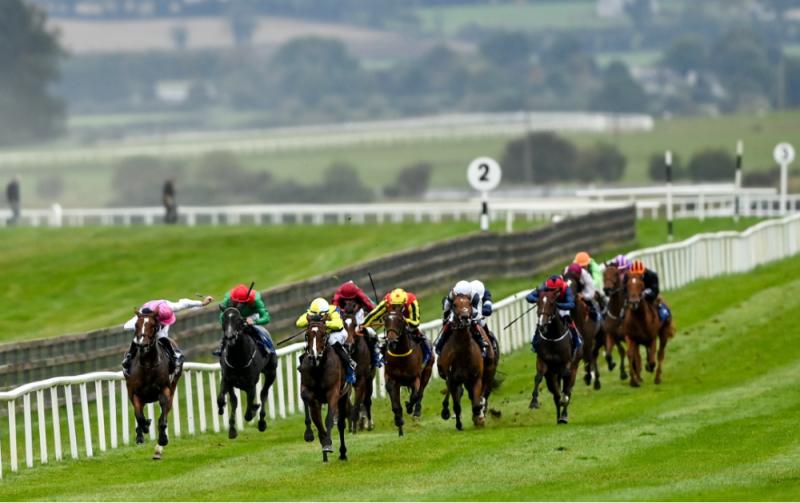 There is an excellent eight-race card to enjoy at the Curragh on Saturday evening which features the return of Luxembourg. PIC: Sportsfile

There is an excellent eight-race card to enjoy at the Curragh on Saturday evening which features the return of Luxembourg.

The action gets underway at 1.45pm and concludes at 5.50pm, with the going Good, Good to Firm in places. The forecast is for a cloudy day and watering is taking place to maintain the ground. We have previewed the pick of the action and you can find the best odds on the SBK Sportsbook App

As already alluded to, Group One scorer Luxembourg is the standout name as he makes his eagerly awaited return to action in the €55,000 G3 Royal Whip Stakes (4.05pm) Trained by Aidan O’Brien, the three-year-old concluded an unbeaten juvenile campaign with Group One glory in the Vertem Futurity Trophy. He reappeared when an excellent third in the 2000 Guineas at Newmarket, but was then ruled out of a tilt at the Derby following an injury. He remains a hugely exciting prospect and this looks a perfect race to return in as he steps up to 10 furlongs for the first time.

He is joined by stable companions Anchorage who was fourth in Listed company on his latest start and drops back down to the mile and a quarter trip and Realism who remains a maiden after two starts, latterly finishing third at Navan in April.

Insinuendo shaped with plenty of promise when second to the smart Mother Earth at the Curragh last time out and is another name to note along with Point Gellibrand who finally opened his account at the fifth time of asking. The five runners are completed by Georgeville who was fourth at Leopardstown in a Group event when last seen.

The €55,000 Irish St Leger Trial also takes centre-stage on Saturday afternoon with an off time of 4.40pm. Search For A Song is a dual winner of the Irish St Leger and is clearly a leading player in this event despite being slightly below par of late. Raise You was an eye-catching second in Listed company last time out and cannot be discounted along with Temple Of Artemis who makes his first start for Joseph O’Brien, having impressed with his gutsy attitude when scoring at Chester when trained by his father Aidan. Seattle Creek, Listed runner-up Moon Daisy and Honeycomb complete the six runners in the one mile and six furlong event.