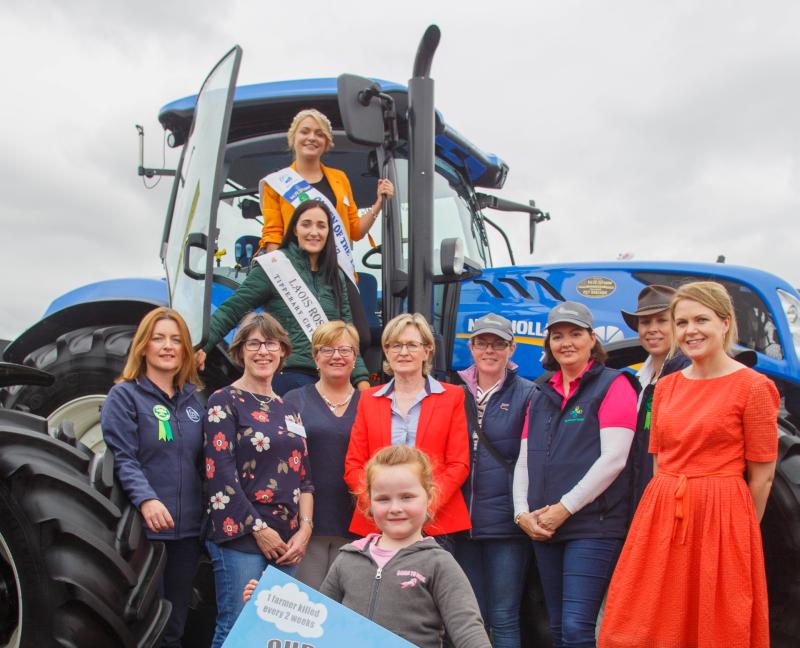 A major 32 county tractor run that will take up a very sad collection of wellies owned by people who lost their lives in farming accidents, was launched last weekend by Embrace FARM.

Laois Rose Grainne Hogan was among the many helping to launch ‘Our Drive to Remember’ on Sunday August 12 at the Tullamore Show. Sponsored by WR. Shaw (Tullamore), the tractor will begin its journey across the 32 counties of Ireland today Monday August 13.

Westmeath will be its first destination, then on to counties Longford, Roscommon and Leitrim.

At the launch were Brian Rohan from Mountrath, Laois who is Chairperson & Co-Founder of Embrace FARM, Billy Shaw of WR Shaw Ltd, Mark from Easytrack GPS Survey who has kindly installed a GPS tracker on the tractor for people to follow throughout its drive, Macra President James Healy and Mairead McGuinness MEP.

"We please ask you to be aware of the tractor on its journey over the next month until it comes home to the National Ploughing Championships on Sept 18th. If you've someone who has lost a life in a farming accident in your circles place a pair of wellies in the container behind the tractor when you see it on your travels," Mr Rohan said.

Members of fellow Agri organisations came to lend their support and Embrace has issued thanks to everyone for their attendance of this significant event. 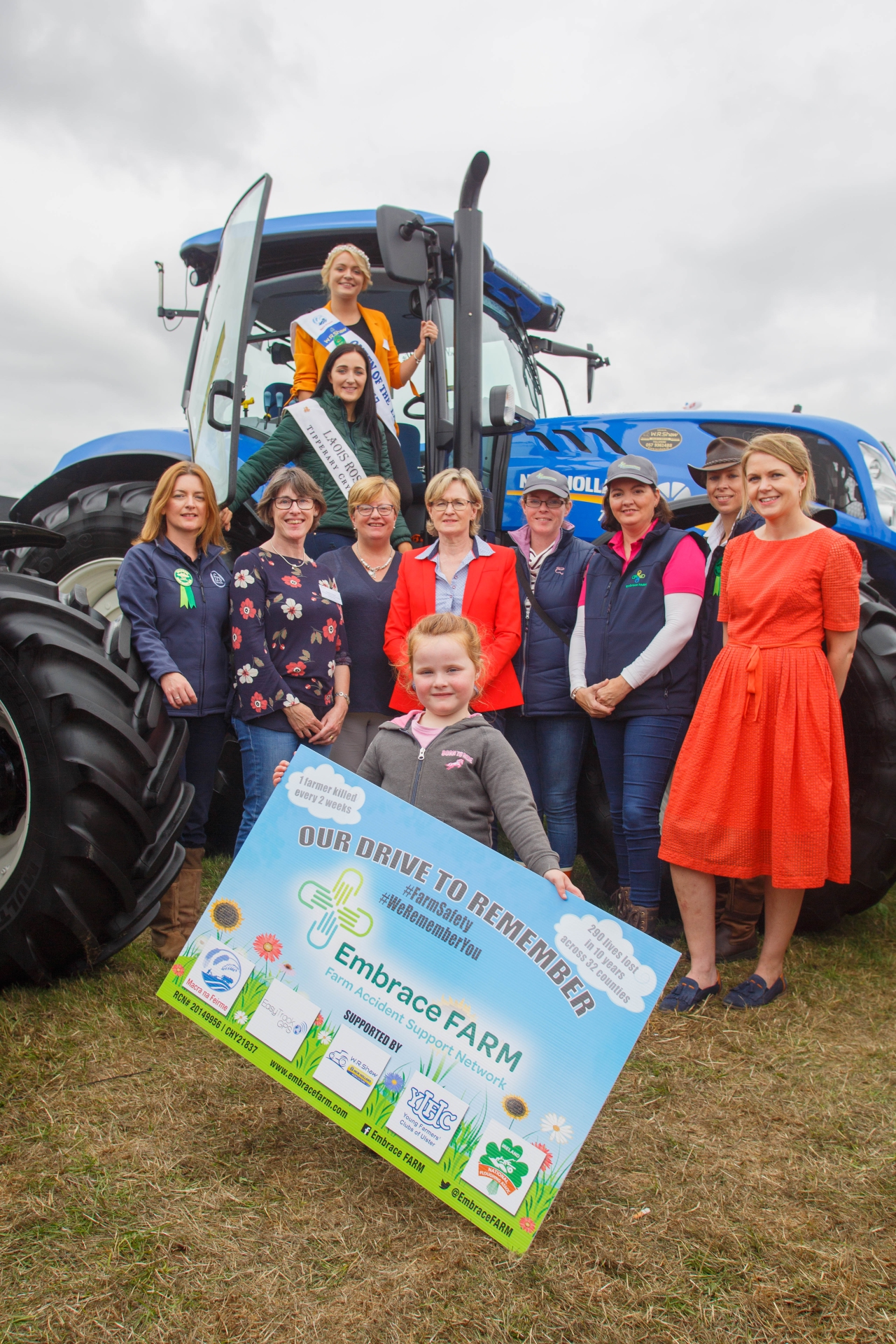 'Our Drive to Remember' is raising awareness for the 290 lives lost in farming accidents over the last ten years, and of farm safety practice.

Updates will be given daily via the Embrace FARM facebook page with details of the GPS tracker can be found to see it on its journey.

You can also check in with your Macra club too to find out the tractors route.
Donations can be given via the Embrace FARM website or click on the iDonate page here.

Embrace FARM (Farming Accidents Remembered & Missed) was established by Brian Rohan and his wife Norma in 2014. Having experienced the tragic loss of his father Liam in 2012 in a farming accident, Brian with Norma decided after some research to organise an ecumenical remembrance service for farm families who have lost a loved one or suffered serious injury in a farming accident.

The vision of Embrace FARM is to be ‘a caring and supporting Agri-community for all those affected by
farming accidents’. 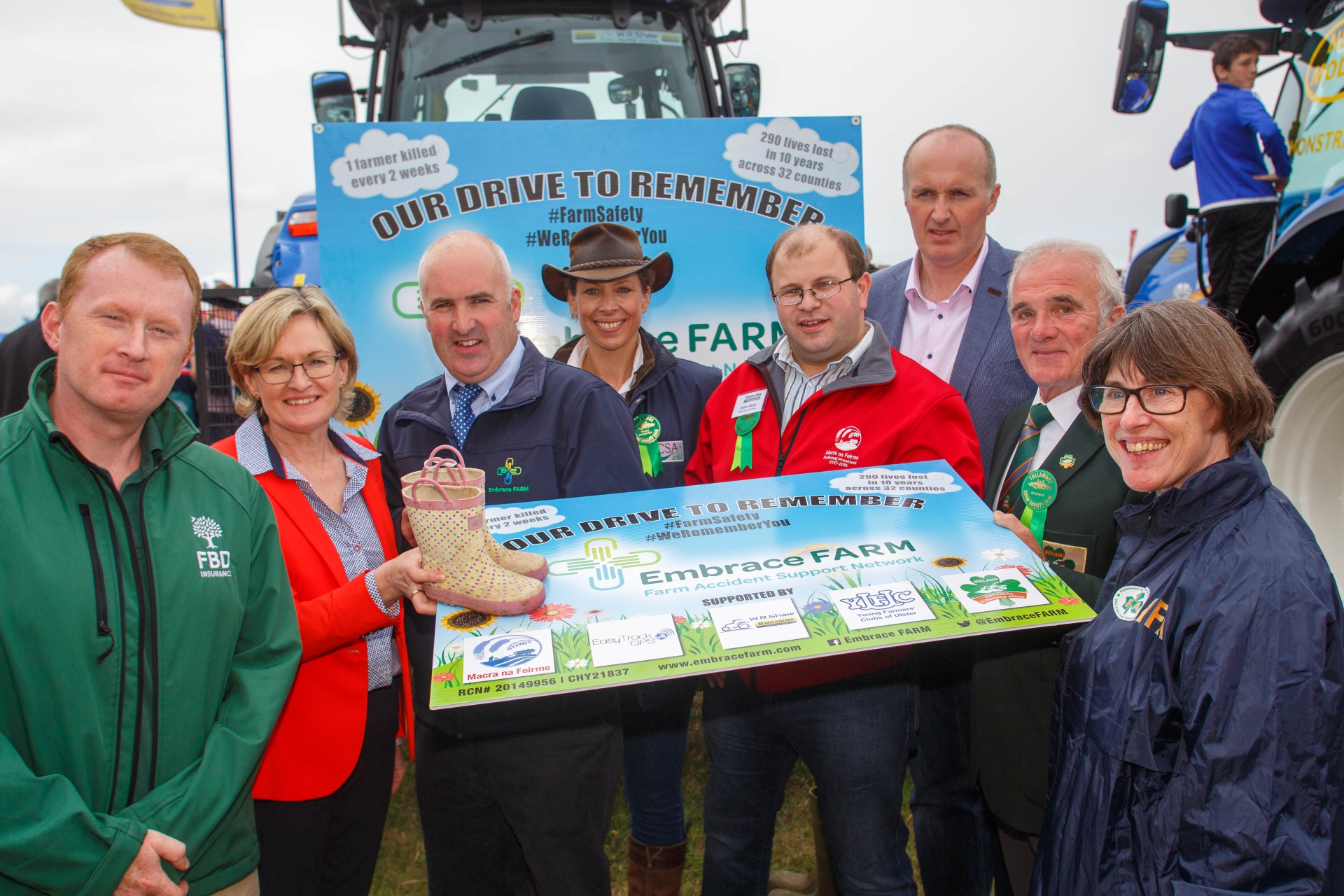