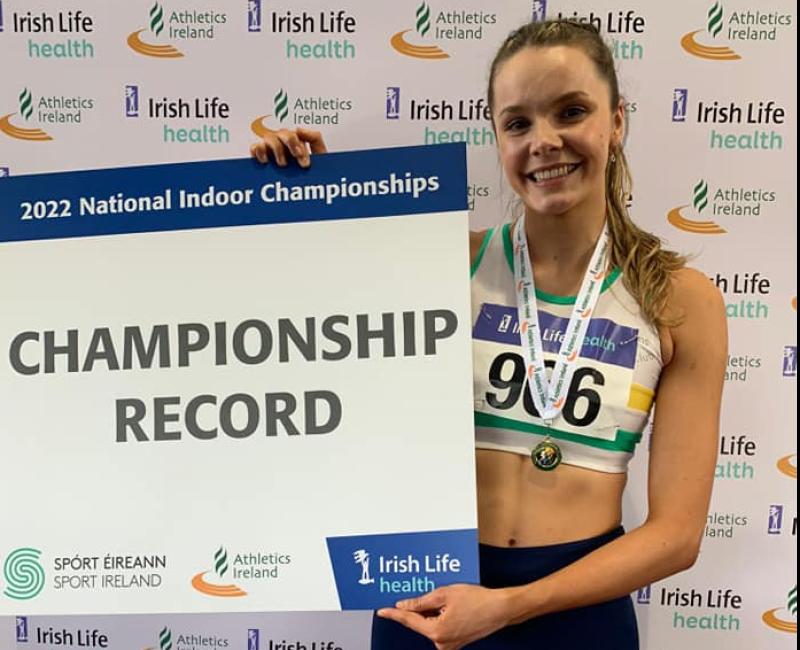 The National Junior and U23 Championships were held on Sunday 13th in the Technological University of the Shannon, Athlone. With several of the club’s athletes already demonstrating very encouraging form going into these championships, hopes were high of delivering some medals.

One of those athletes in great form is Deana Kealy. After claiming a silver medal at the National Senior Championships two weeks ago in the High Jump and equaling her PB, Deana was looking to go one better today. Entering the competition at 1.65m, Deana cleared the next two heights. This put her tied for first with a Killarney Valley Ac athlete.

The bar was raised to 1.76m which Deana cleared on her first attempt to set a new PB, a Club Record and a new Championship Record. When the other athlete failed to clear 1.76 Deana claimed the gold medal to become National U23 High Jump champion.

Cian Kelly is another athlete who has revised his PBs on a number of occasions already this year. Racing over 800m in the U23 championships, Cian took up the early pace. He was overtaken by a Ferrybank athlete but held on strong to take the silver medal in 1:53. 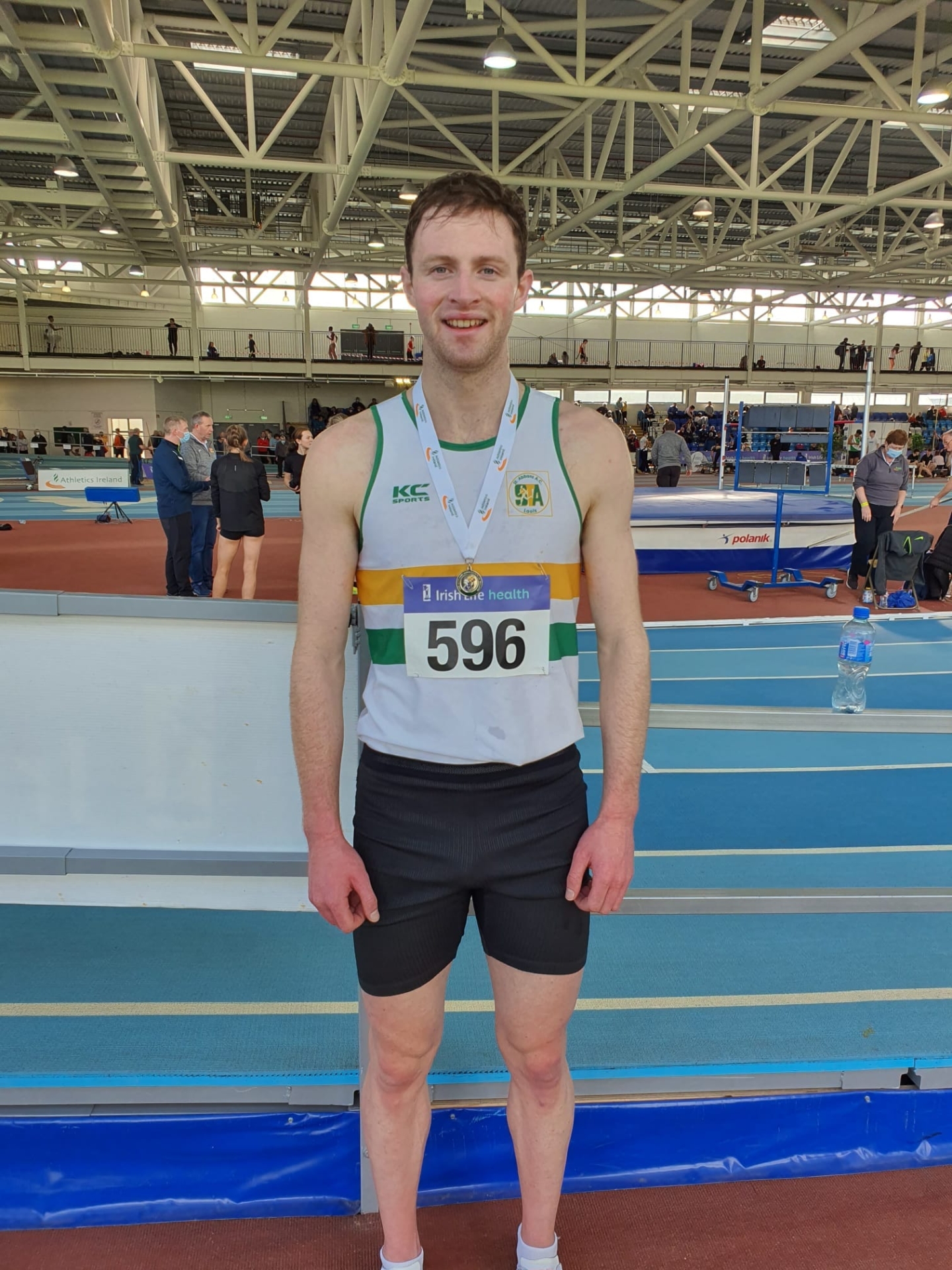 It was the turn of the older juveniles along with the relays on Saturday 12 th March in Athlone. Individually Katie Baldwin took gold in the Girls u17 Triple Jump with a best of 9.67 which was a new PB for Katie. Holly Byrne finished 9th in the Girls u17 Shot Putt, setting a new PB of 7.65m.

The Boys U18 relay of Paul O Rourke, Jack Comerford, Lee Murray and Darragh Carpenter claimed silver medals in the 4 by 200m relay. The Girls U18 team of Aoibhean McDonald, Chloe Kavanagh, Holly Byrne and Katie Baldwin took bronze medals in the 4x200m relay. In the Girls u17 4x200m Katie Baldwin, Chloe Kavanagh, Holly Byrne and Katie McGrath finished just outside the medals taking 4th place in the final. Well done to all coaches, parents and athletes who put in great work behind the scenes getting these teams together. 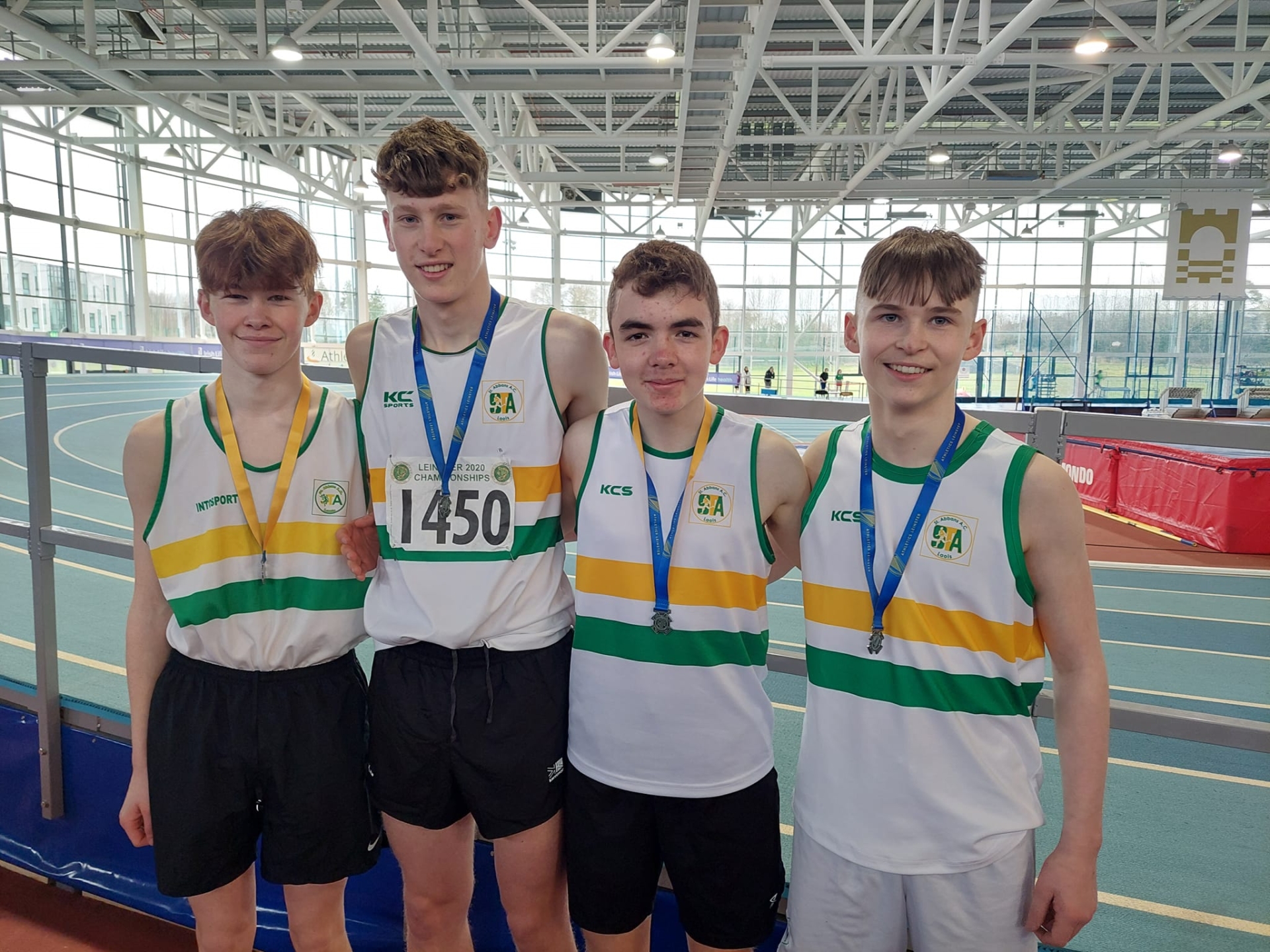 The final Cross Country event of the year, the All-Ireland Schools Cross Country took place in Mallusk Playing fields on Saturday 12th March. Rachel Ayers was the sole representative from the club. Wearing the red of St Leos College Carlow, Rachel had a fantastic run to finish in 12th place in the Junior Girls race. 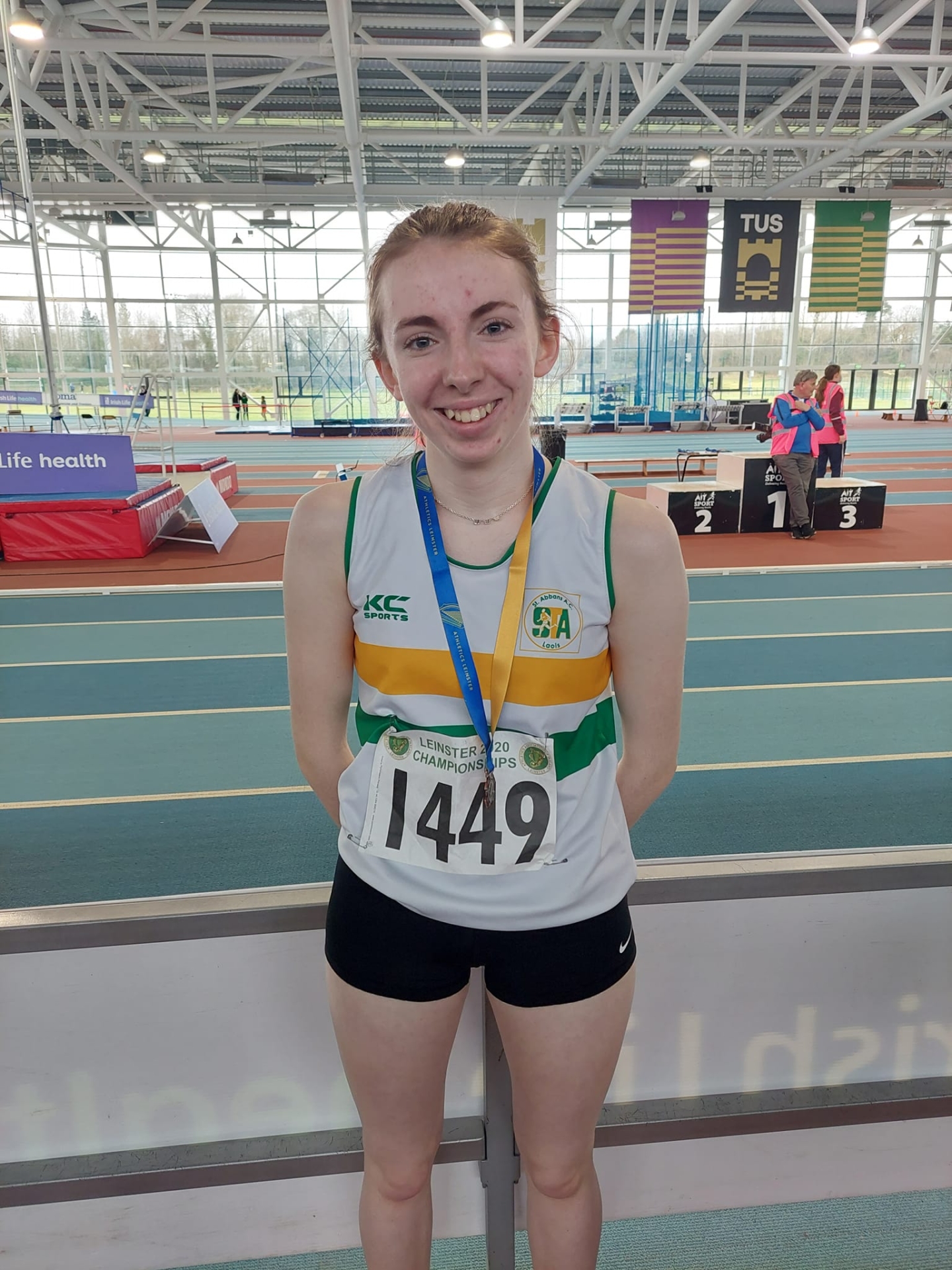