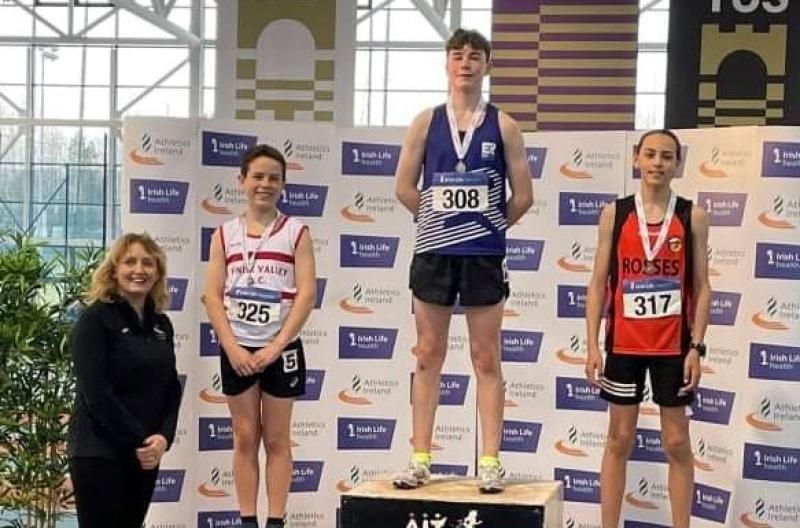 A rising teenage star from Portarlington hit the headlines recently after he claimed the Irish indoor under 14 60m hurdles national title.

Cillín Hoey from Droughill, Portarlington has had a big few weeks with the highlight claming the national title while also setting a new personal best in the process.

He also placed 5th in the U14 long jump and set another personal best in doing so. In recent weeks Cillín competed in the Leinster Championships after a 2-year break, finishing second in the hurdles and long jump to qualify for the National Championships.

He also became Leinster U14 triple jump Champion. Cillìn is a son of Oisin and Ashling Hoey. Well done to this rising young athletics Star.