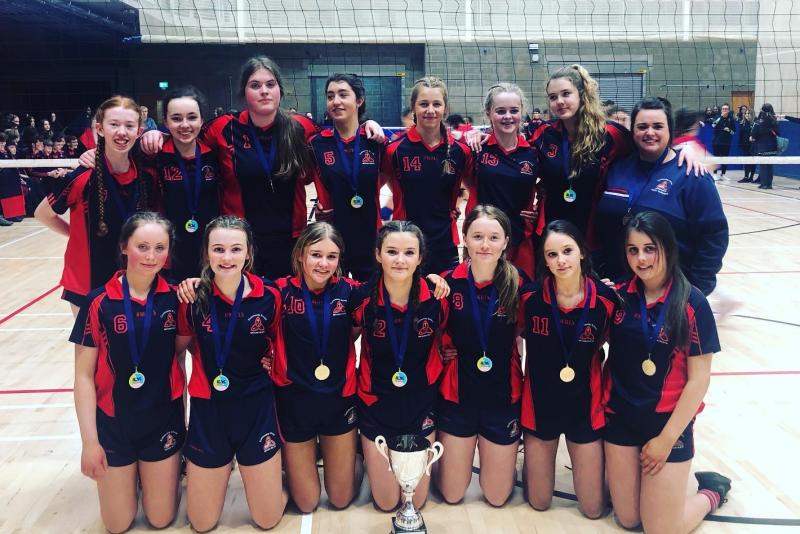 Mountrath Community School are All Ireland second Year Volleyball champions. The girls and their coach Katie Wallace won the All Ireland title in the Sports Arena, Limerick on Monday beating local rivals Portlaoise College in a pulsating final that was still in the balance coming into the third set.

An intense and exciting game was topped off by a win in the third set. Mountrath CS won the first set well and a narrow win for Portlaoise College in the second set was the perfect prequel to a tense final set.

A huge crowd from the school travelled to witness their classmates win the All Ireland trophy. Caoimhe Dunne was awarded MVP for the game after putting in a brilliant performance. The Sports Arena in Limerick erupted as joint captains Fiona Haslam & Isabell Tyrrell lifted the trophy. 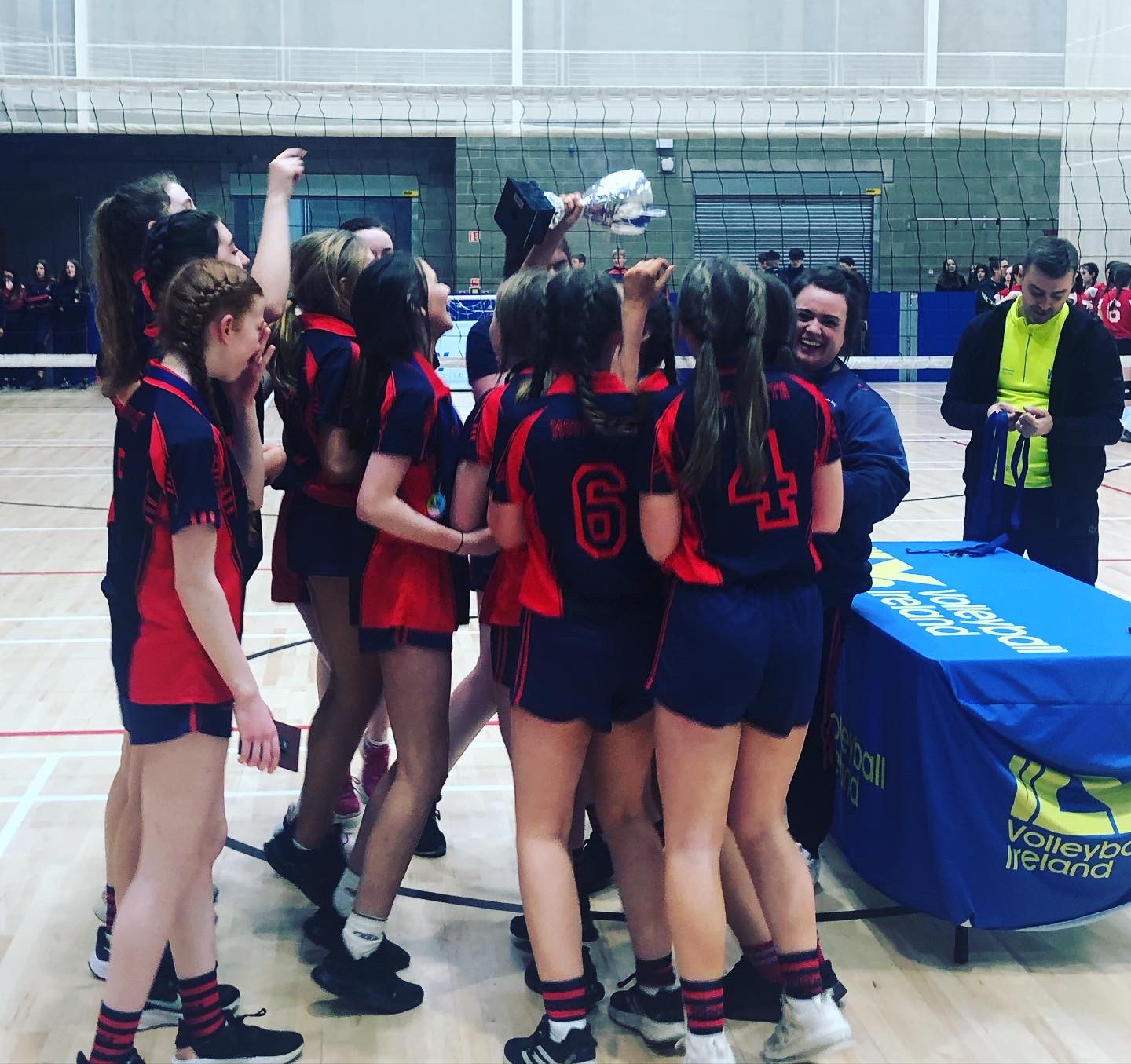 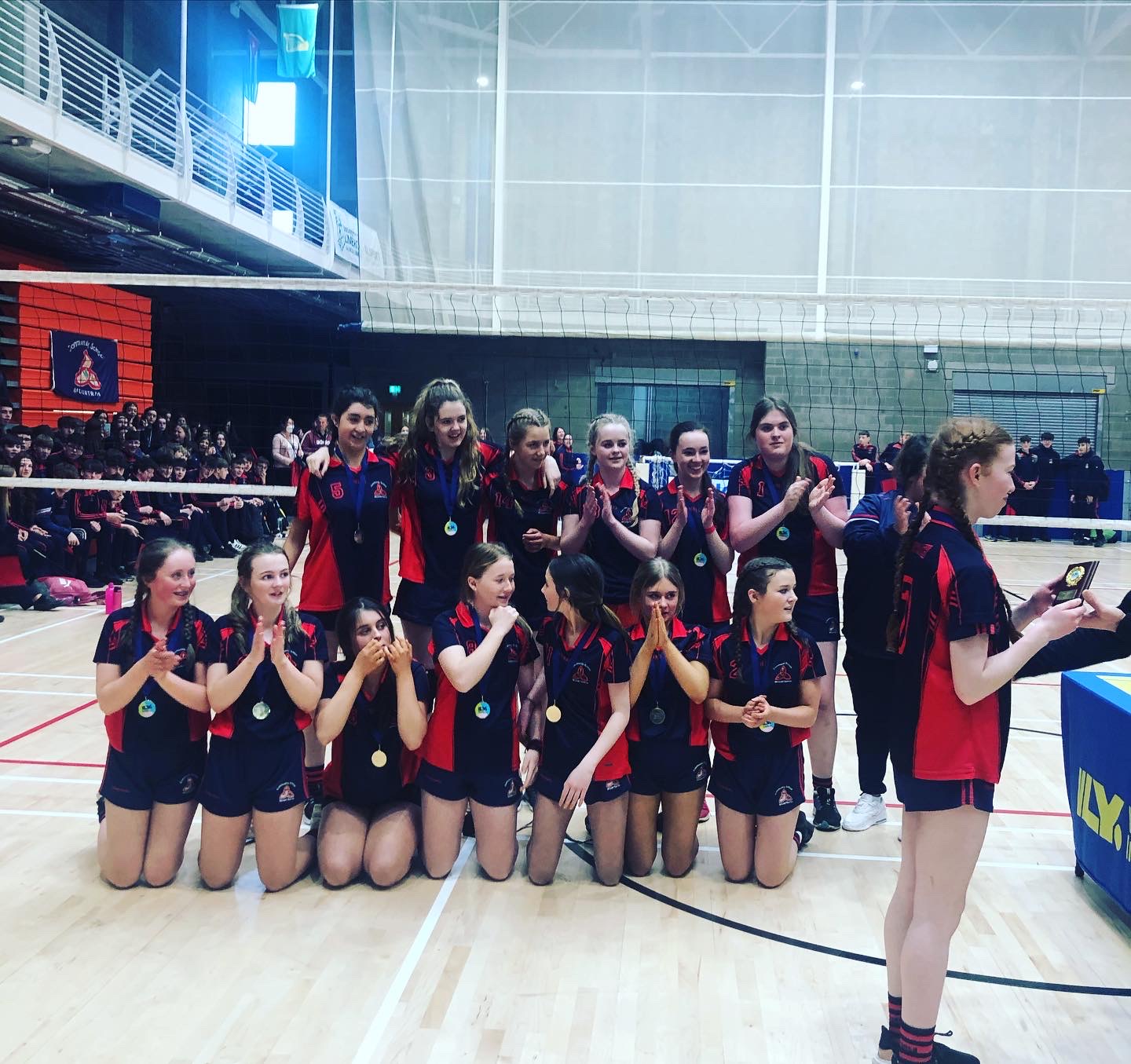