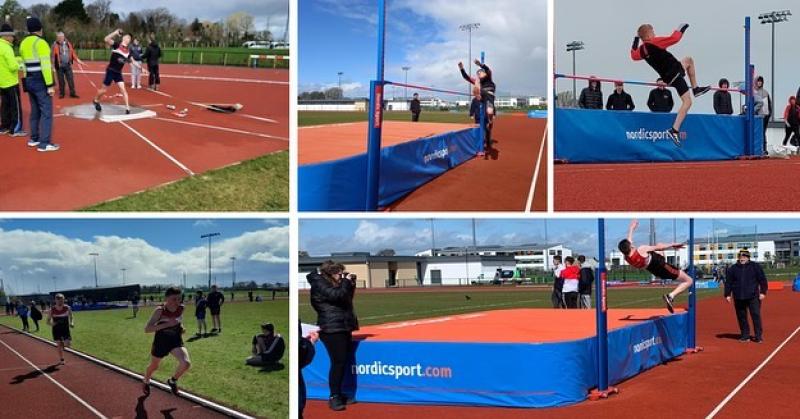 Sprints, Middle Distance, Long Jump, High Jump, Shot Putt and Relays were all on show, and some fine competitions took place. Stars of the show were Daniel Downey and David Warjak, both of Portlaoise CBS. In Minor Boys they shared all the gold and silver medals in the 5 individual events, and then joined together with classmates to win the 4x100m relay.

Other athletes who had a successful day were Elaine Miller Heywood, who won Junior Girls Sprint, Long Jump and High Jump,
Tara Ring Scoil Chriost Ri, who won both Long and High Jump in Intermediate Girls

Aaron Foley Portlaoise CBS won Intermediate Boys Long Jump and Shot Putt. The Alozie sisters, Havilah and Winner, of Scoil Chriost Ri who each won their sprint in the Minor and Intermediate Girls. Padraig Rafter, St Fergals Senior Boys who won the 100m and was second in the 1500m.

Jack McMahon, Heywood won 1500 and second in 100m in Senior Boys while four McLoughlin siblings from Colaiste Iosagain, who each won a medal in the middle distance, Katie 1st, Della 2nd, Richard 2nd and Daniel 3rd

The South Leinsters is fixed for the same venue at Carlow IT, over two days - Thursday April 28th (mostly Minor and Junior) and Wednesday May 11th (mostly Intermediate and Senior). The athletes are much better prepared now, they have competed at the venue and "know the lie of the land". 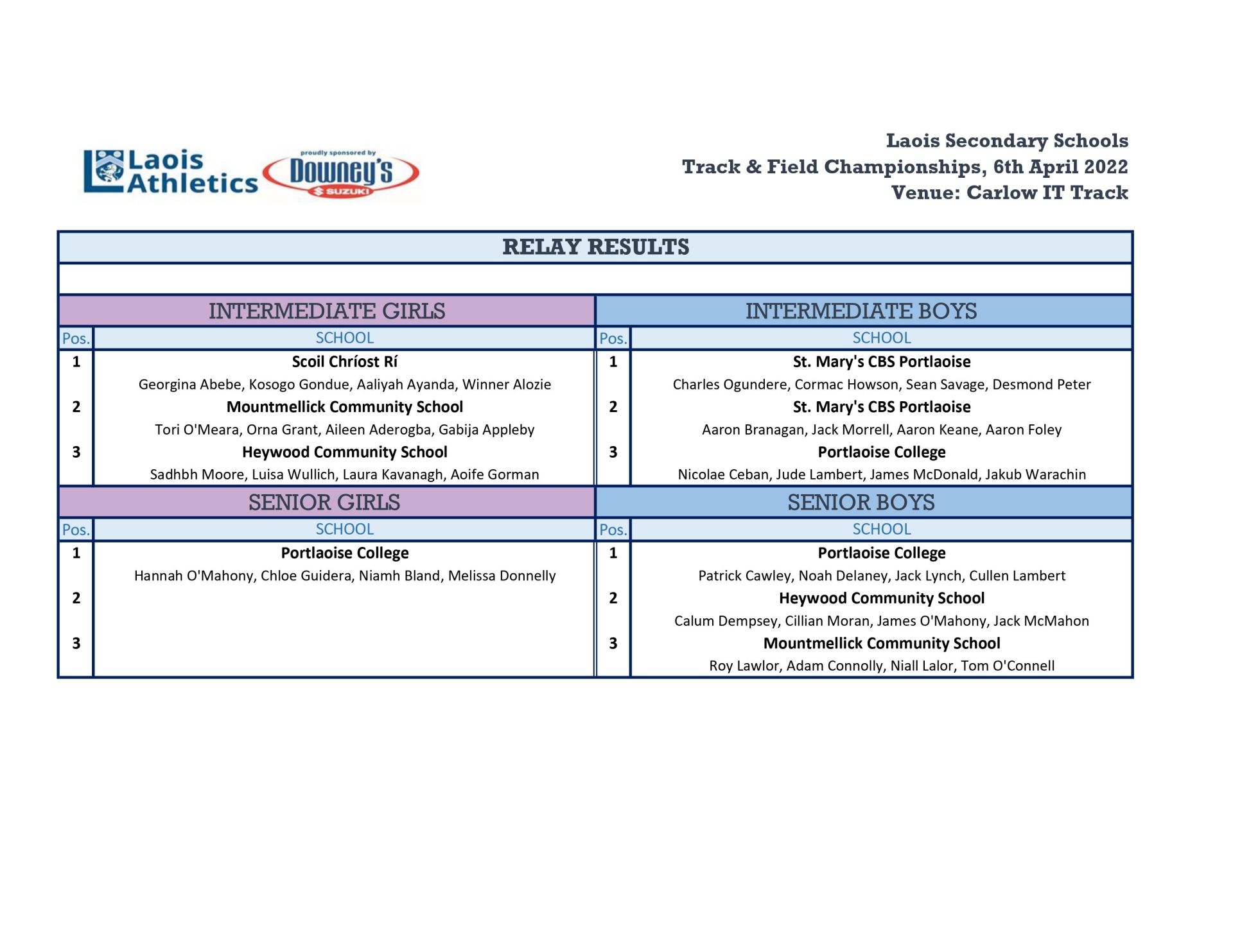 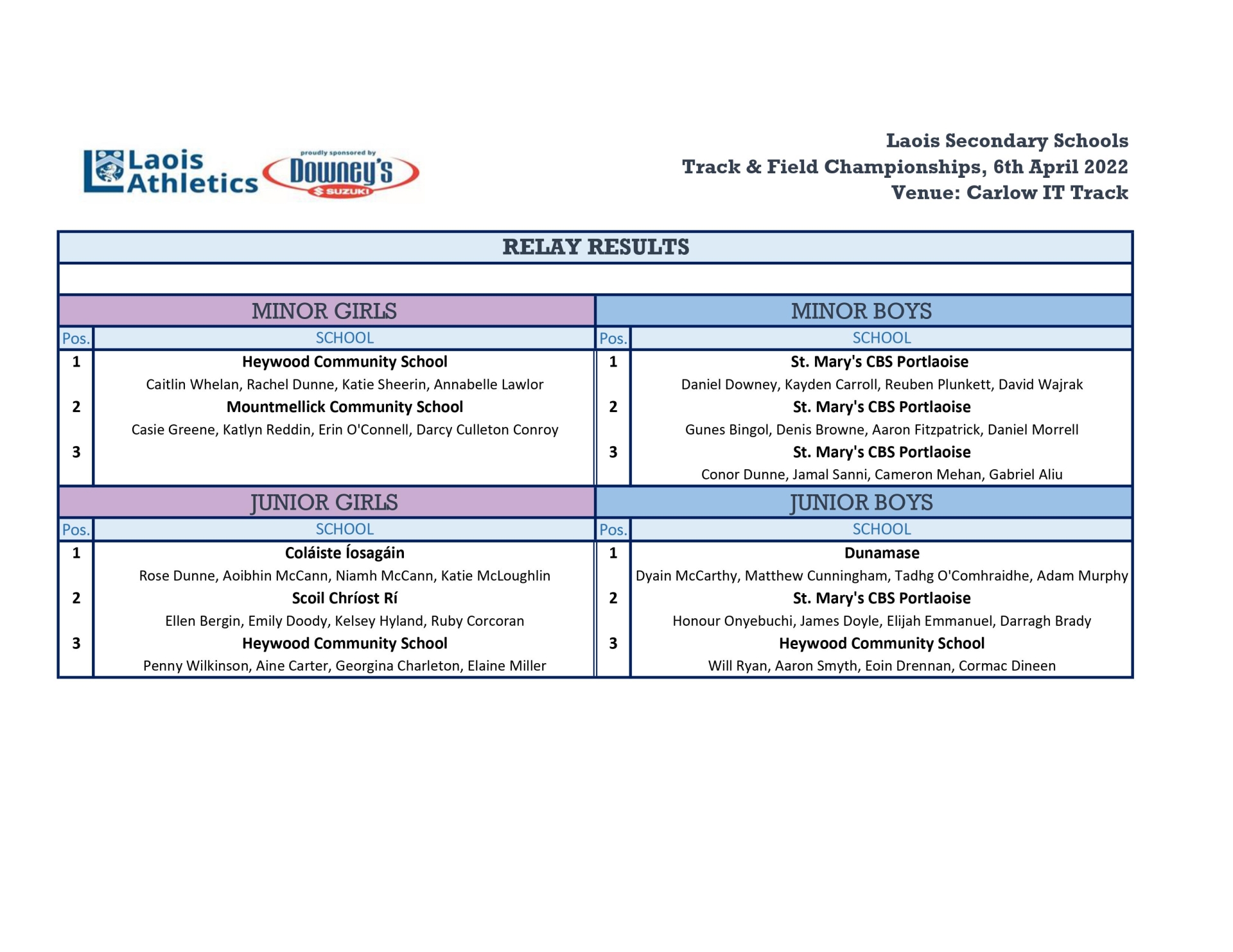 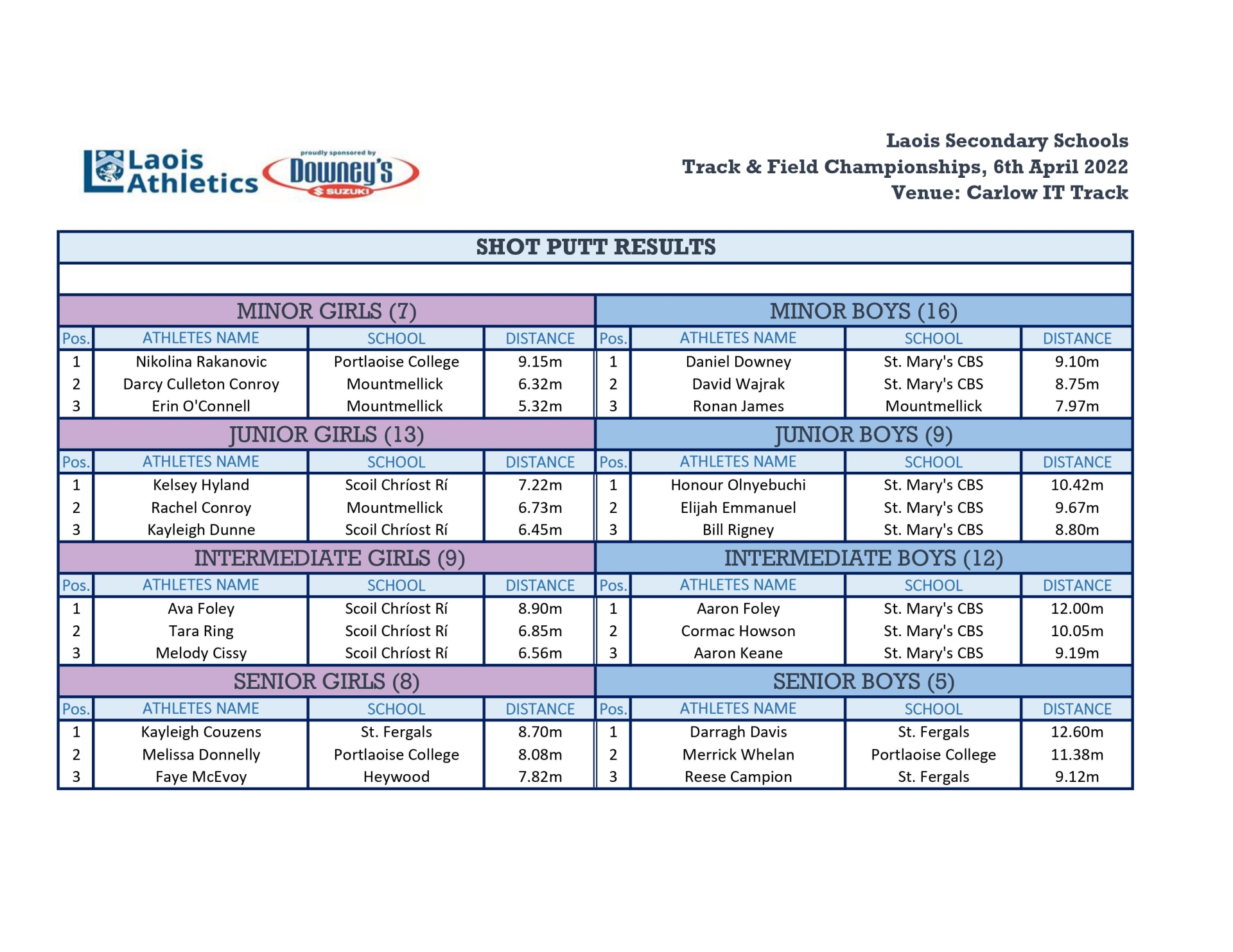 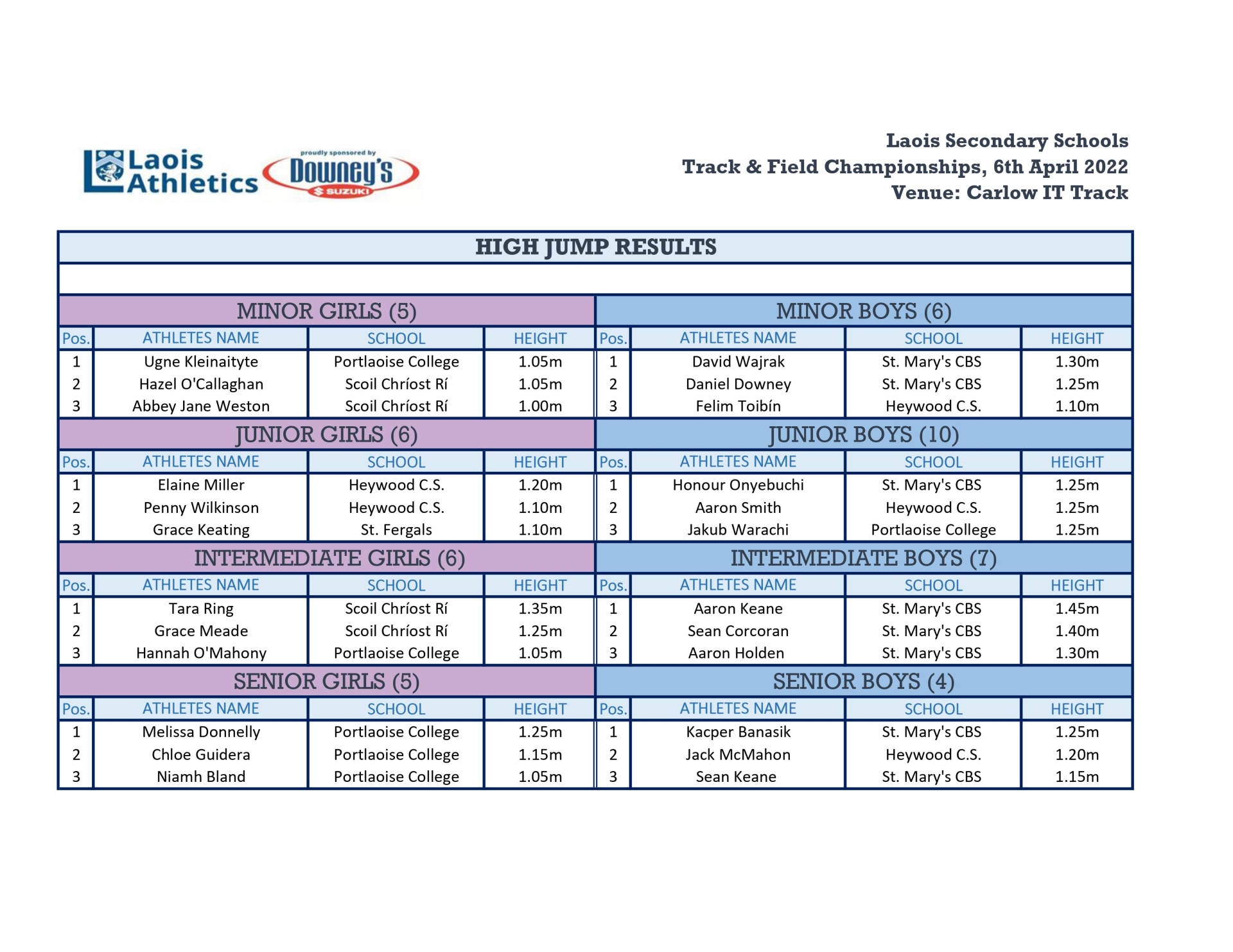 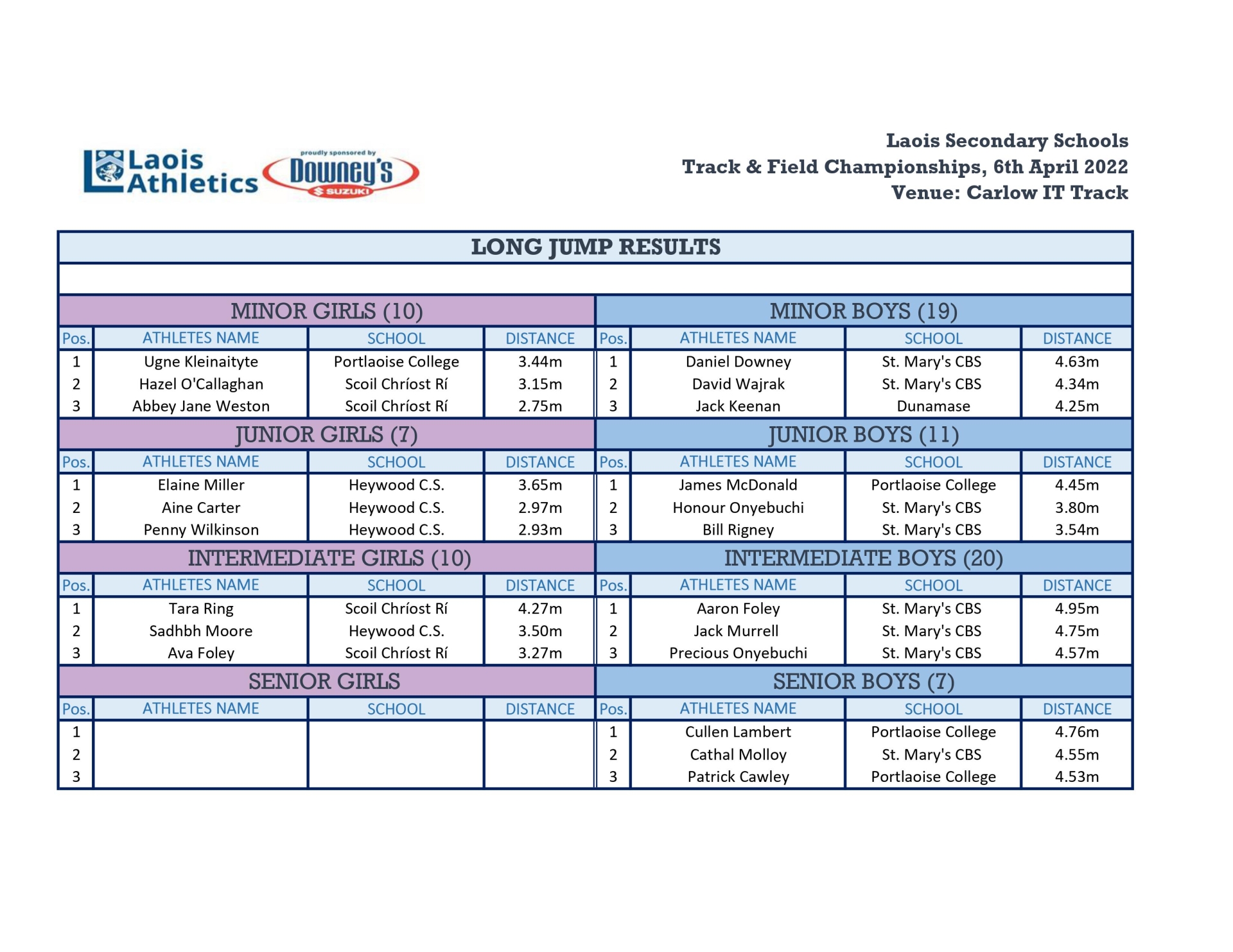 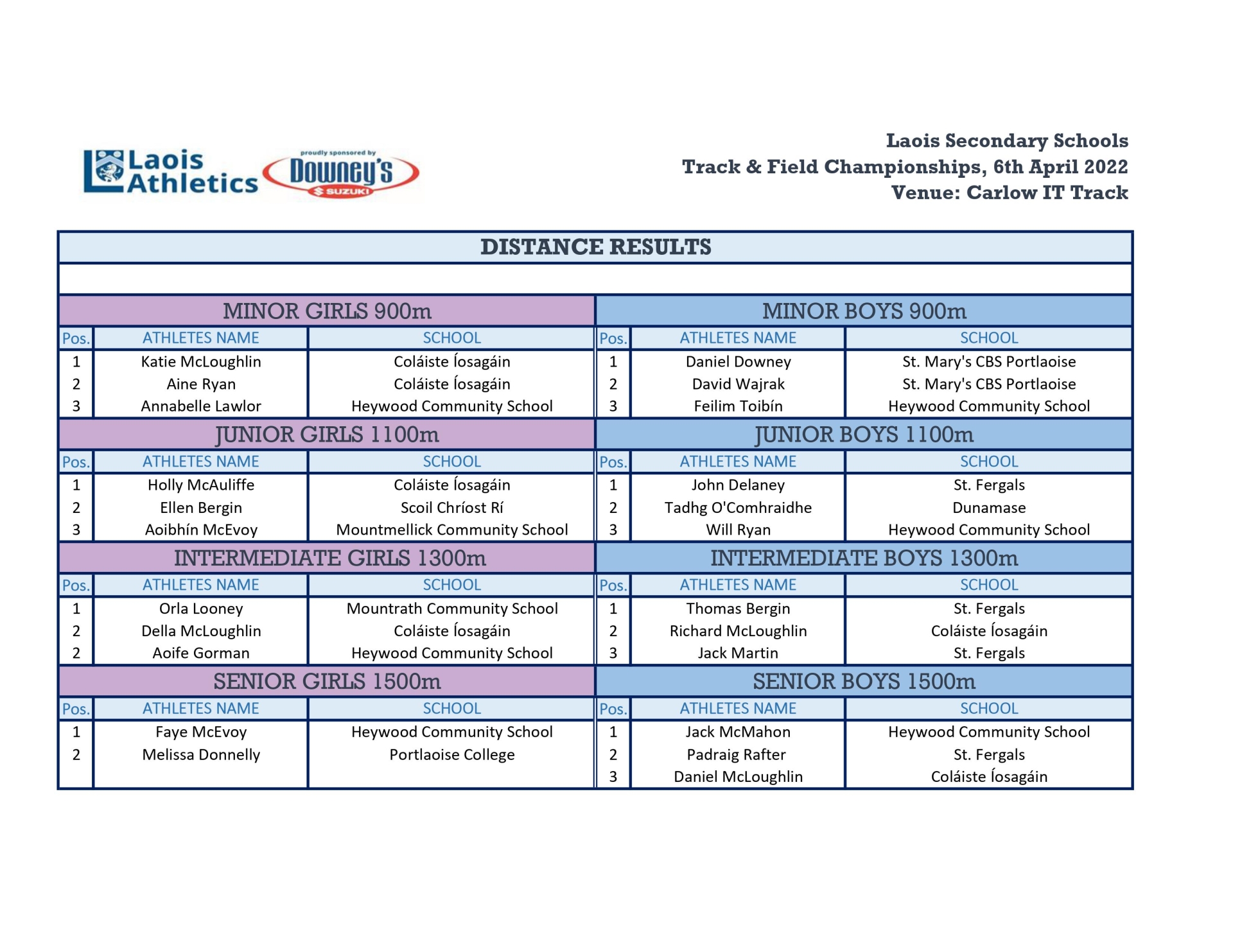 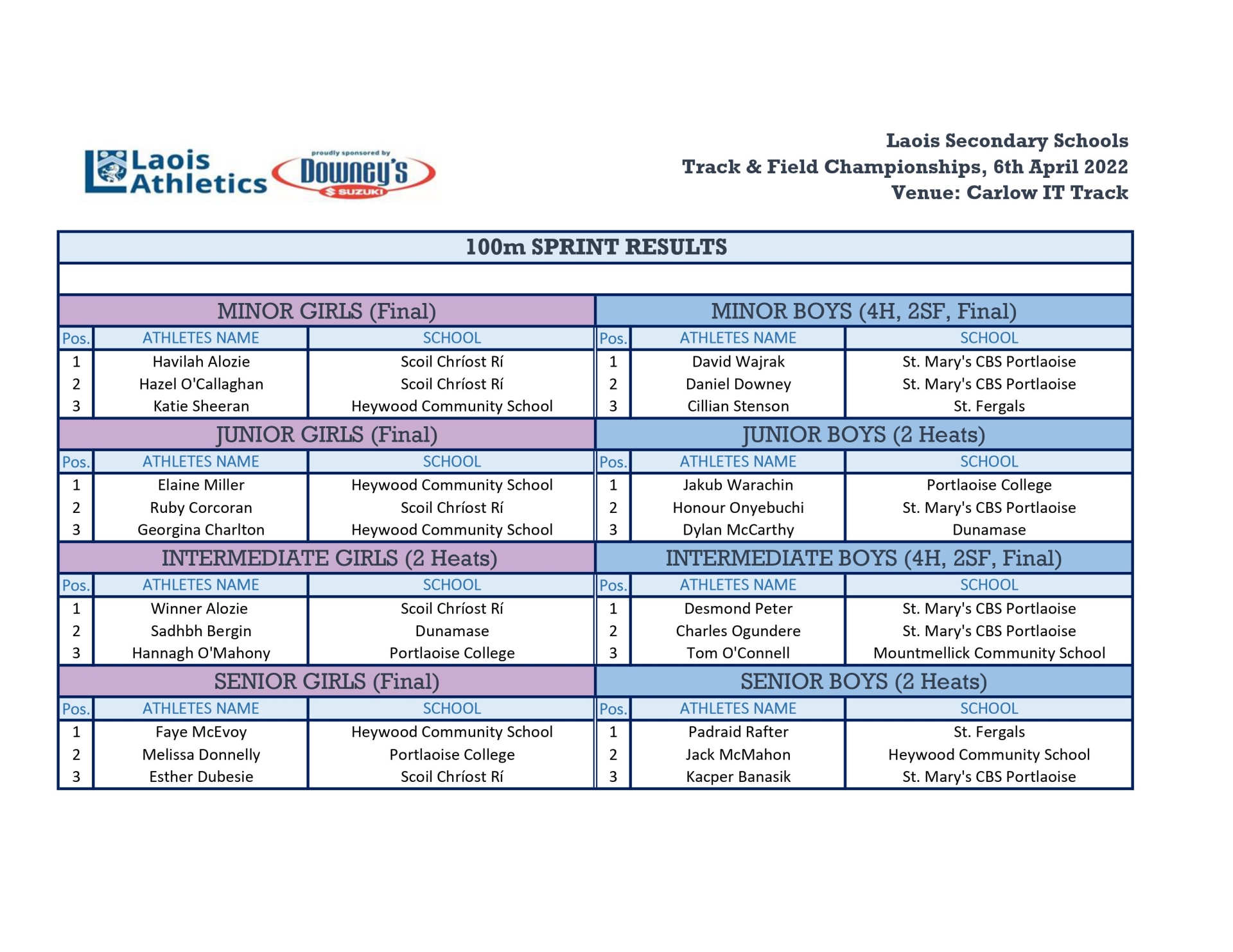