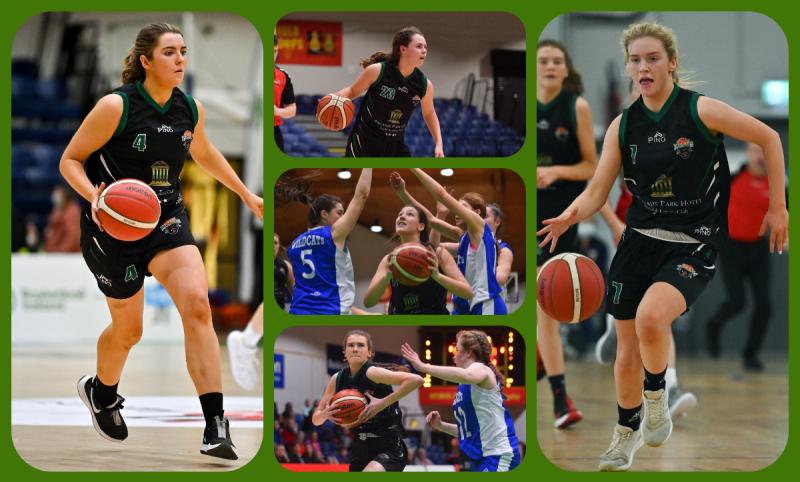 Five players from the successful Laois club make up the biggest contingent of players on the provisional 21 player squad announced by head coach Karl Kilbride as preparations continue ahead of the FIBA U20 Women’s European Championships.

The tournament will take place in Sopron, Hungary from July 8th-16th and sees Ireland competing against Europe’s elite in the ‘A’ Division, alongside Serbia, Russia and Latvia in Group D.

All the players from the Portlaoise club played at the FIBA U20 Women’s European Challengers last summer, while two others from that squad, Erin Maguire of Houston Baptist University and WIT Waterford Wildcats’ Kate Hickey, are also included.

There are three Trinity Meteors representatives - Ella O’Donnell, Sinead Keane and Rebecca Hynes, all three played for Ireland’s U18’s at the FIBA U18 Women’s European Challengers last summer, as did Tullamore twins Ellie and Emma Glavin. Also making the step up from the U18’s are NUIG Mystics duo of Hazel Finn and Kara McCleane, along with Team Garvey’s St. Mary’s guard Paris McCarthy and WIT Waterford Wildcats guard Sarah Hickey.

Head coach Karl Kilbride said: "Having got to watch the girls at Super League and National League level over the season and then up close at the last few trial sessions, we were in the enviable position of being able to pick, what we think, is a really strong group. We obviously have a massive task ahead of us, competing in the A division of the European Championships, against some of the best players in the world. But it's a task we couldn't be more excited for.

“We have a hectic schedule of practices over the next few months, in preparation. We all know the amount and the level of work that's ahead of us, and what's required, but this is why you want to be involved with International teams - to work with and compete against the absolute best. We all can't wait for the journey ahead."

IN PICTURES: Ukraine refugees give back to Laois at Portlaoise town clean up