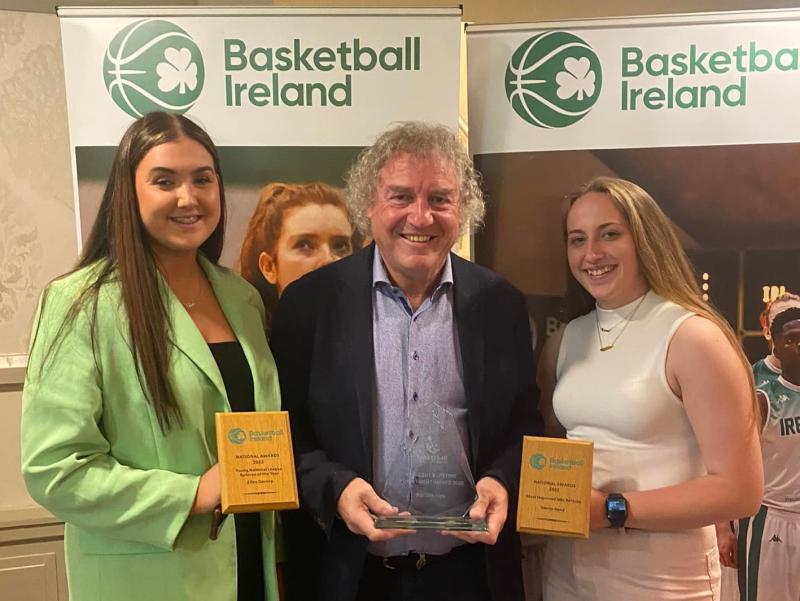 A legendary and beloved Laois basketball coach has received a top honour from Basketball Ireland.

Pat Critchley has been coaching a Portlaoise school's teams to All Ireland success for over 30 years, and still doing it voluntarily despite retiring as a teacher four years ago.

He is honoured with the President's Lifetime Achievement award.

It was announced in 2020 but the presention deferred due to Covid until Saturday, May 14 at the 2022 Basketball Ireland Annual Awards ceremony.

His citation describes how Pat began playing basketball as a child in St Mary's CBS Portlaoise, inspired to love the game by Brother Somers. He went on to win titles as a teenager with Portlaoise Basketball Club and he began coaching at 16, starting to coach in Scoil Chríost Rí (then Pres Portlaoise) when he started teaching there aged 24.

Under his expertise, the school has won 15 All Ireland schools titles, 60 Midland Regional Championships, and represented Ireland in three World School Championships.  Many of the players he coached went on to coach themselves at Panthers Basketball Club in Portlaoise.

A typically modest Pat told the Leinster Express it is mostly thanks to his students.

"It's mainly for the achievements of the girls here in the school over the years. This year they won the First Year A, Second Year A and Under 16 A in the Midland Regional Championships.

"All those players built the whole thing up. Some are still playing, in the Masters, in Mothers and Others and in the Midlands League and National League and a lot are coaching in clubs and schools, passing on the love of the game," he said. 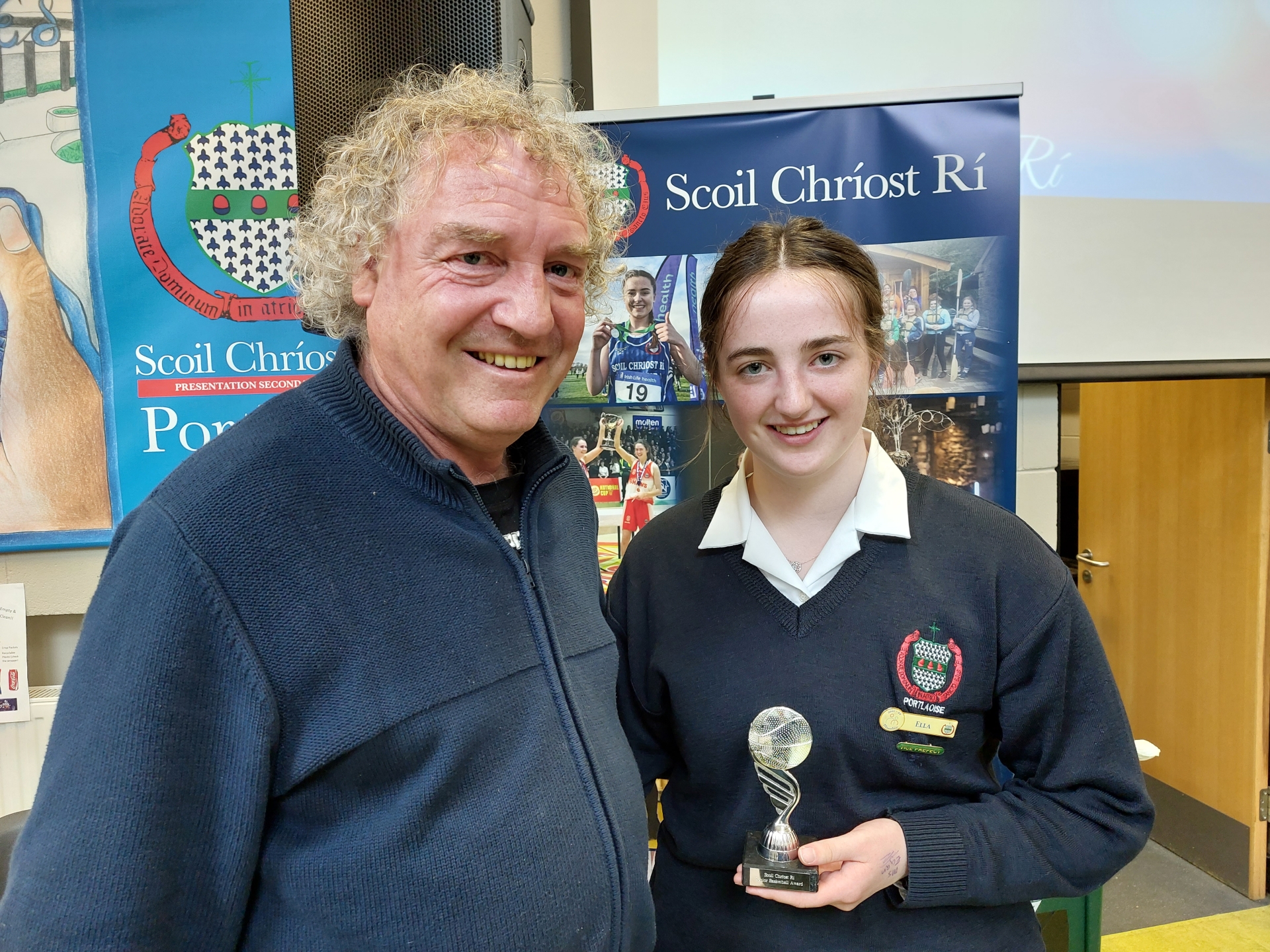 Pat Critchley with the 2022 Basketball Player of the Year in Scoil Chríost Rí, Ella Byrne.

"I come in and help to coach basketball and football as a volunteer. our Under 14 A won the Leinster Final and the camogie team are in the Leinster final next. They are doing really well on all fronts.

"I enjoy it, I get great satisfaction, it's good to keep links with the school, it's so much a part of my life, I am very proud of the school, and this keeps me in touch with friends on the staff and the camaraderie," Pat said.

Pat was warmly congratulated by Scoil Chríost Rí principal Helen O'Donnell (below with Pat) at the schools senior awards ceremony on May 18, where all the students applauded his achievement.

"We salute you Mr Critchley on your huge achievement. it is such an honour and richly deserved, we who have worked with you for so long know that. The students have gained so much from your expertise and you have become a wonderful friend. If there is ever a colleague we admire and look up to over the years we all say it's Pat Critchley. It is a huge pleasure to have such a marvellous person in our lives," Ms O'Donnell said. 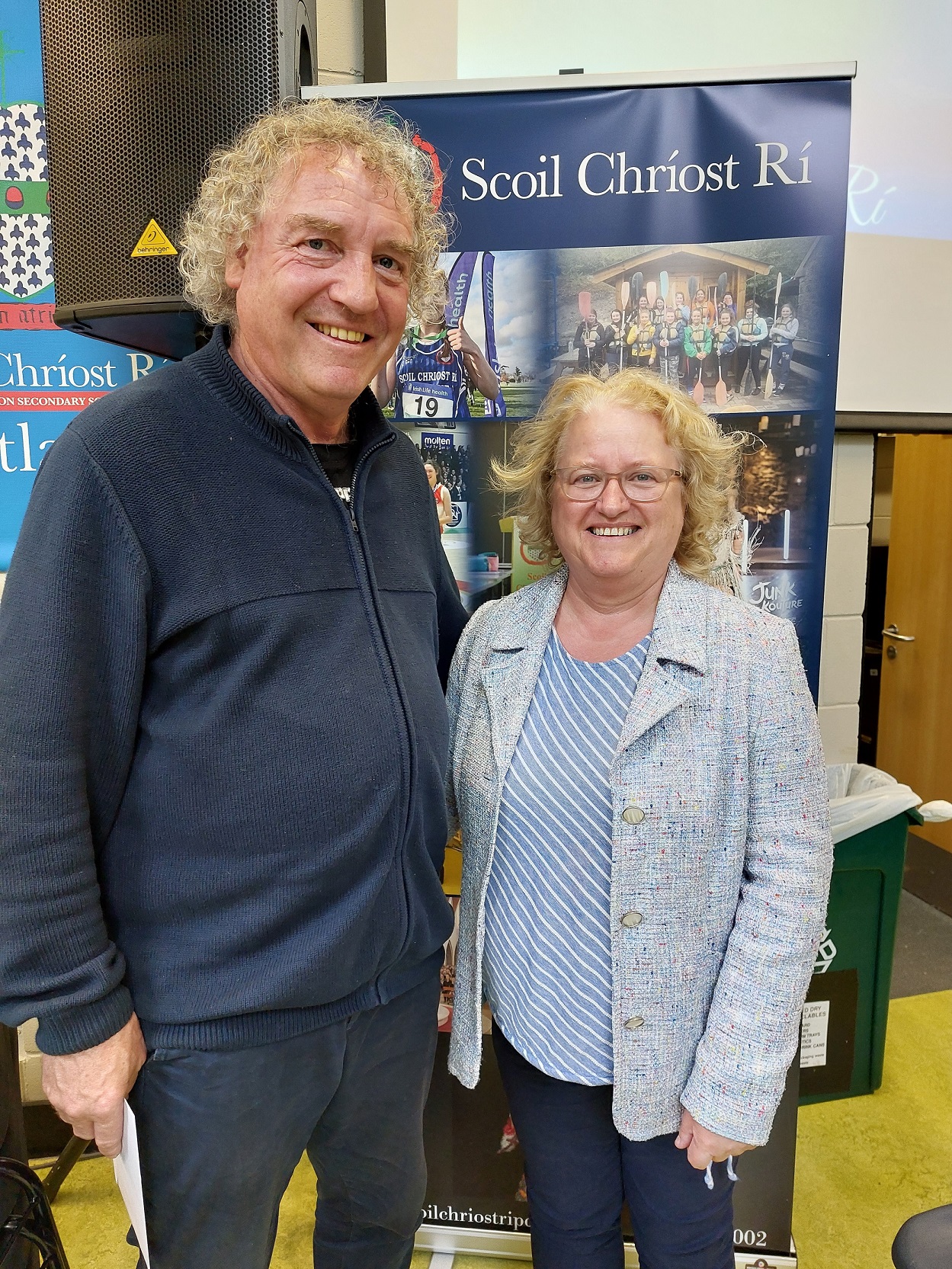