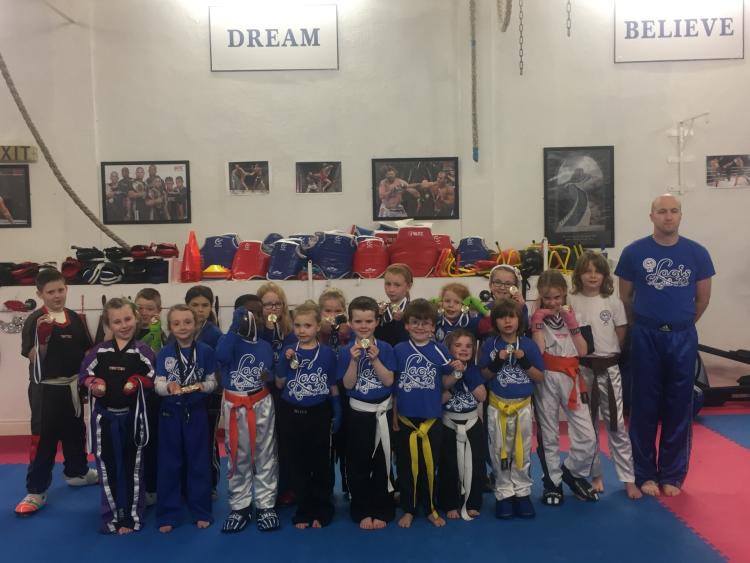 Laois Martial Arts were busy again late last year, with the club competing in over ten competitions in 2016 with some great success along the way.

The club were competing this time in Global Warfare in Blanchardstown, Dublin. Many of the club's new fighters competed for the first time on the day.

They had trained so well and they really put themselves out there on the day. They were fantastic. Senior members Barry Doyle and Chloe Shortall-Culleton had terrific competition on the day, performing to great levels and constantly improving.

Building from there the club went on to host a Junior Interclub Competition inviting clubs from Limerick, Dublin and Kildare to take part in their interclub tournament at the Mountmellick Gymnastics Club.

A total of 50 competitors took part on the day. Coach Shane Culleton commented that it was amazing to see so many great clubs travel to take part with them. “It was a true honour to host two of the clubs that have done so much for myself when I was fighting, Limerick Kickboxing and Global Kickboxing.There were so many great fights on the day, all showing super skill and determination.”

A massive thank you to Ms Mary O'Brien of Mountmellick Gymnastics Club for allowing LMA to use the venue on the day. As always thank you to John Moloney for his constant sponsorship and support.