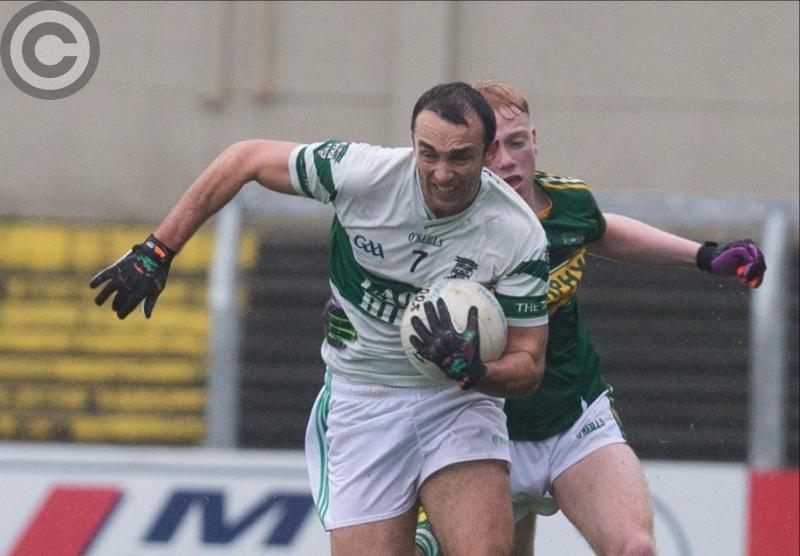 The 2017 season was a mixed one for Gareth Dillon. He was the Laois Footballer of the Year, an SFC champion, but there was disappointment mixed in too. He will be back in action with Laois in the new year.

- Winning the county final was my personal highlight of 2017. After the heartbreak of the way 2016 ended, getting back on the winners podium was a great feeling.

- No, as is usually the case, certain goals I fell short on, with both Portlaoise and Laois. The great thing about this time of year is you get to jot them down all over again for the upcoming year!

- The biggest disappointment of the year was losing to Moorefield in the Leinster SFC. The manner in which we lost that game was particularly hard to take, added to by the fact that Vincents were out of the championship.

- Mark Dempsey (Moorefield) or Trevor Collins (Graiguecullen). Similar in that they're both very athletic and comfortable on the ball.

- I'd have to say the Intermediate football final. Although the result didn't go Portlaoise's way, watching some of our younger guys stepping up on the biggest stage was great to see. Also, some of Paul Lawlor's score's that night were of the highest quality.

- Probably the Australian Open (Tennis). To see Federer & Nadal in a final once again would have been very special.

- Emer & my family, they never miss a match! Win,lose or draw, seeing them after a game always puts things into perspective.

- The highlight of the year was getting married on 27 December.

- Personally for 2018, I'd like to improve further on some of my ball skills and weaker foot in particular (We can't all be Bruno McCormack's!)

- My biggest fear is not learning from the mistakes I made in 2017 and repeating them again.

- I'd like to see Mayo be successful. They were so impressive in the latter stages of the championship last year and came agonisingly close once again. It would be hard to deny them an All Ireland medal at this.

- The Masters. There will probably be a strong Irish field and the chance to see Tiger play at Augusta would be incredible.

- Frank Flanagan. He has a great attitude and has been getting better every year.