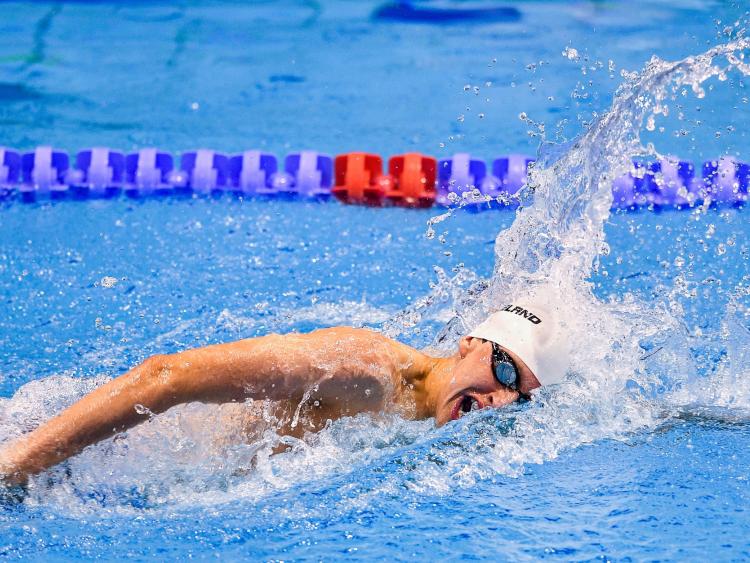 Sean Scannell hasn't even left secondary school yet, but he's already one of the brightest prospects in Irish swimming. The Portlaoise teenager competed at the European Youth Olympics in Gyor, Hungary over the summer, and is already competing strongly against swimmers almost twice his age. He is a student in Portlaoise CBS, and trains with Kilkenny Swimming Club.

- Finishing 6th at the Youth Olympics in Hungary during the summer.

- Yes, and I had the added bonus of being part of the relay team which broke Irish Junior Record at U-18 level.

- Missing out on a medal in Hungary

- Conor Ferguson, he was a World Junior silver medallist.

- After Hungary, the UK School Games as there was no pressure on me when I was competing.

My parents and my coach.

A last-minute holiday to Lanzarote.

- I have three goals for 2018 - to compete at World Youth Olympics in Argentina, to comepte at the European Juniors in Finland and also the World School Games in Morrocco.

- I have no fears for next year.

- Barcelona in the Champions League.