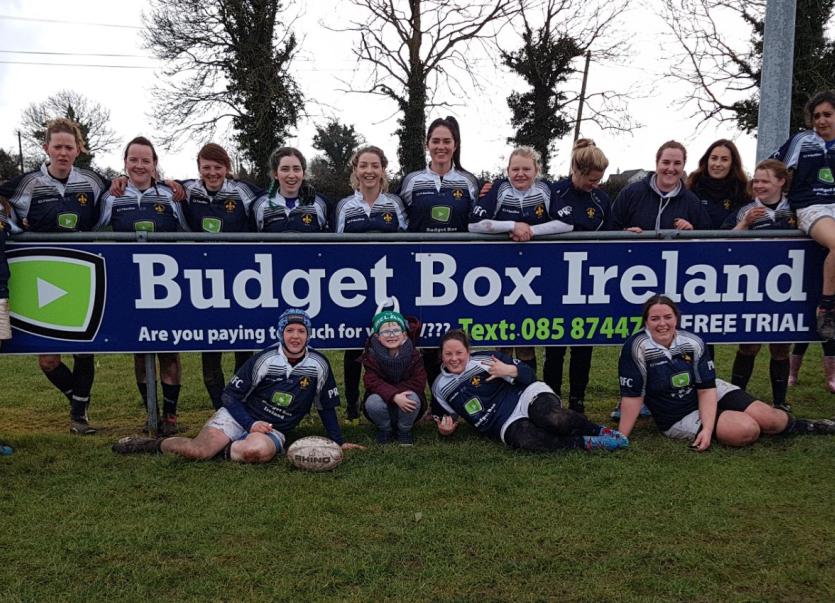 Portlaoise ladies team will face North Midlands Falcons in the final of the Leinster Division 4 League after beating a tough Tallaght team at the weekend.

Portlaoise went into the semi-final as favourites after topping their side of the league table. An early kick-off did not deter the supporters as a large crowd showed up in Togher for this crunch match.

Tallaght started well, forcing Portlaoise to defend their line from early on. Portlaoise's pack dominated the scrum from the start, and they gained ground with some strong carries from Steph Gleeson and Rosie Palmer. Portlaoise finally took the lead with a fine try by Steph Gleeson.

Tallaght responded with a try of their own after some missed tackles by the Portlaoise defence. Minutes later, full-back Rachel Palmer caught a high ball in her own half and went on a run.

She carried cross field, expertly evading any attempted tackles to touch down for Portlaoise's second try. The half-time score was Portlaoise 12 Tallaght 7.

Portlaoise upped their defensive game in the second half, Emma Brophy leading the way with some super tackles. Louise Cody was creating havoc all day with her powerful bursts through the centre.

A great passing movement by the Portlaoise forwards saw Emma Brophy cross the line for their third try. Rosie Palmer got over for their fourth and final try with Shauna Carroll adding the conversion, leaving Portlaoise 24-7 winners.

Portlaoise coaches John Lynch and Sean Smith were happy with their team's overall performance and preparation now begins for the final against local rivals North Midlands Falcons in four weeks time. In will be the third time these teams meet this year and it promises to be a cracker.