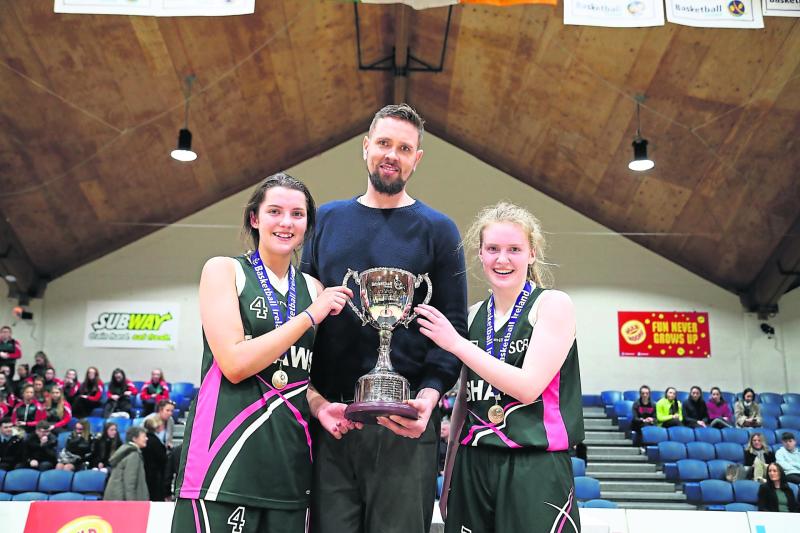 Three Portlaoise Panther basketball players, two of whom attend the town's Scoil Chríost Rí Secondary School, have been selected to play basketball for Ireland in the European Championships.

Ciara Byrne, Shauna Dooley and Gillian Wheeler have been selected by the head coach of the Ireland Under 16 women’s team, Karl Kilbride.

Ciara and Shauna play for the Panthers and all conquering Scoil Chríost Rí school team while Shauna attends the Cross & Passion College, Kilcullen.

Shauna and Ciara were co-Captains of Scoil Chríost Rí team that won All Ireland Under 16 A Girls schools champions in the National Basketball Arena Tallaght this year.

The three are part of his final roster of just 12 players heading off to this summer’s FIBA Under 16 Women’s European Championship Division B which will take place in Montenegro from August 16th to 25th, 2018.

Making the cut has been no easy task for the teenagers.

“This is by far the toughest decision I've ever had to make," said Karl.

"As a coach, over the 18 months of the programme, you develop a bond with the players, so to tell a player their journey has ended at the final hurdle is very tough. There have been many sleepless nights in the last while.

“We had a big problem - and it was a great problem to have - in that we have 16 incredible players and we would have been happy - and counted ourselves lucky - to bring any of the 16 to Montenegro. Every one of them has done everything we've ever asked of them from day one.

"They couldn't have done any more or worked any harder and they should be so proud of all they've put in and how far they've come. For those who didn’t make it, I really hope they use the experience and channel it into them continuing to work and improve in order to make sure that the next time, they will get that one step further.

“The team we picked are the 12 players that we feel give us the best chance at having a successful European Championships. For those 12, the hard work has only just begun and they have a gruelling four months ahead of them between now and August - but from what we've learned of them over the last 18 months, that's a task they're more than up for.

“I know I say this every time, but I'm genuinely blown away on a weekly basis with the work they put in and the dedication they show. It's a real honour to be able to work with a group like this. With around seven training sessions between now and when we leave, we have a lot of work to do; but as a management team, we couldn't be more excited for the task ahead,” he said.

The final 12 players selected are: