Portlaoise RFC U-17 side wrap up Leinster Premier League title 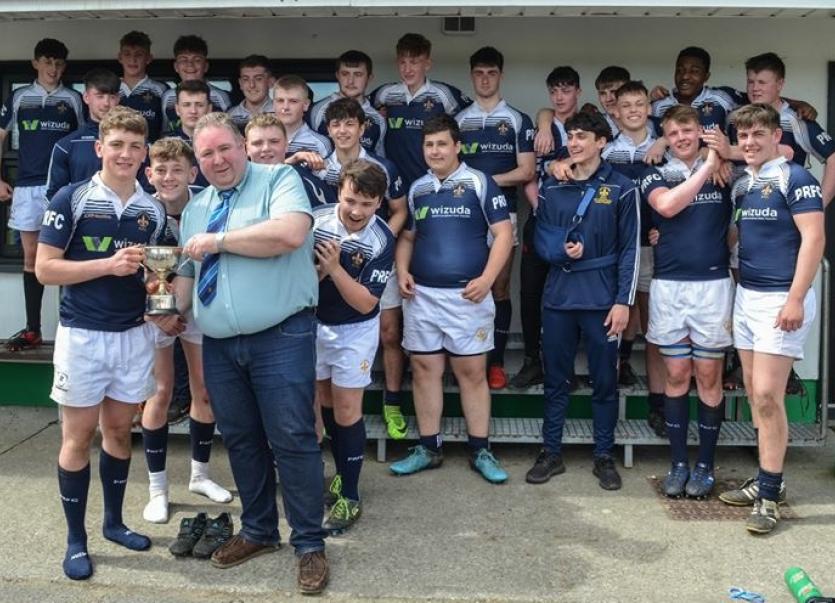 Portlaoise won the Leinster U-17 Premier League in Naas on Monday, despite drawing with Navan.

While the result was a draw at full time, because both teams had two tries scored, the first try rule came into play, and that accolade fell to Portlaoise who broke the deadlock in the twentieth minute with a try from Brandon Nolan.

Portlaoise had started with huge intensity and pushed Navan back at every opportunity, which led to mistakes and Portlaoise capitalized on these mistakes, when Nolan pounced, evaded the desperate tackles of the Navan defence to score under the posts. The try was converted by William Reilly.

For the next fifteen minutes Navan found their feet and scored two tries, one of which was converted to leave the score at 12-7 to Navan. At this stage Portlaoise pushed into the Navan half and were awarded a penalty between the ten meter line and twenty two. The Portlaoise captain Willam Reilly opted to go for the posts and duly converted the penalty to leave the score at half time 12-10 to Navan.

The second half started with Navan converting a penalty to leave the score at 15-10. The Portlaoise pack were getting on top and making their physical superiority count, and through some strong running from hooker John Keogh and Paddy Coss, the ball was shipped to danger-man Brandon Nolan to score his second try. Reilly just missed the conversion.

This left the game all square and Navan knew they just had to score or the spoils would go to Portlaoise. Navan threatened and had their spells in the second half, but they were met by a Portlaoise defensive wall that proved immovable. For the neutrals this was a fantastic game of rugby with huge intensity and skill level.

This group have been knocking at the door for the last few years having lost two previous Premier Finals. Their commitment and hard work paid off on the day with a fantastic final victory. Out of the three provincial competitions they competed in they won two which a great achievement.