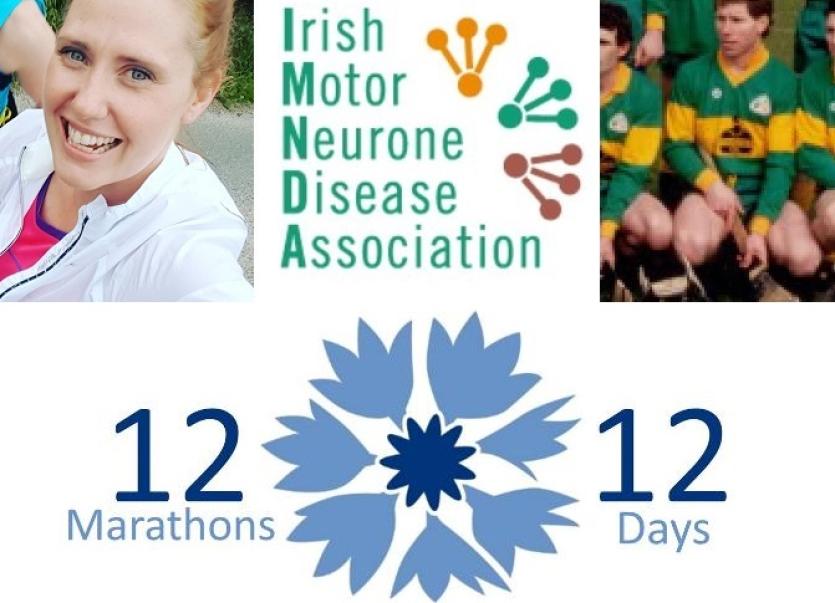 On the evening of July 12th, Park-Ratheniska GAA club grounds will play host to a phenomenal act, as Claire Kelly will finish her mammoth fundraising drive of running of 12 Marathons in 12 Days.

Starting from Aberdeen and culminating in Ratheniska, she will be arriving through the club gates to the cheers and congratulations of friends and family on July 12th.

Claire has undertaken the incredible feat to raise funds for Motor Neuron Disease charities in both Scotland and Ireland. Claire is the niece of Domo Byrne, a former Park-Ratheniska club member who sadly passed away from MND in 2015.

Claire previously ran 12 marathons in 12 month between November 2015 and October 2016, also to raise money for Motor Neuron Disease charities, but significantly ramped up the difficulty this time around.

The challenge for July sees her take on 12 full marathons throughout the month. Some solo, most self-set routes, all 26.2 miles long (at the very least, some will in fact be longer), that will push her harder, both physically and mentally than any challenge she has undertaken before.

Claire will run a total of 314.4 miles in marathons alone, and potentially further as she will need to keep moving in between. This is no small challenge and although she already has a whopping twenty plus marathons under her belt already, this undertaking will most certainly take a toll on her body, and mind.

Park-Ratheniska are urging people to get to the club grounds before 7pm on July 12th to welcome cheer Claire on to the finish line.

Donations in aid of Claire's efforts can be made at https://give.everydayhero.com/ie/12-in-12-2018

"While of course I wanted to raise as much money as I can for the charity, raising awareness and getting conversations started has been incredible too."