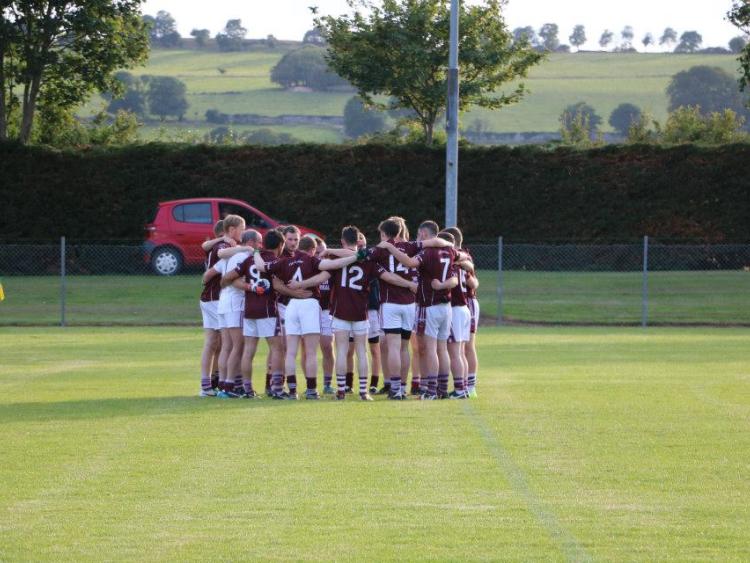 There were a host of games down for decision in the Junior 'A' football championship on Thursday evening, with one on Wednesday, and here's a run down on how those games went.

Kilcavan comprehensively secured their quarter-final spot with a twenty-two point victory over Ballylinan. Goals seem to be coming freely for Kilcavan, as they fired five past Ballylinan, adding on to the four they scored against The Heath last time out.

The home side dominated from start to finish here, as early points from the boots of Jason Maher, Ollie Dixon and Ronan Gorry were followed with a goal from Evan Hunt. The teenager carried the ball through a hapless Ballylinan defence, and nestled one into the corner.

Jack Delaney and Evan Philips got Ballylinan up and running, but Kilcavan were well on top, and a Ronan Gorry goal meant they went in twelve points to the good at the break.

If the result wasn't in doubt already, Kilcavan made sure of it when they struck for two quick-fire goals early in the second half. Sean Mangan and Eddie Conroy both raised green flags for the Offaly border side.

The in-form Jason Maher rounded off the goal-fest for the evening, as Kilcavan look like a team that will be hard to beat again this year.

Kilcavan aren't the only side scoring goals for fun in this competition, as Portlaoise banged in another five against Ballyroan-Abbey, bringing their tally to eleven goals in just two games.

Brian Gaynor, Andy Dowling, Fergal Fennell, Thyge Ryan and Shane McManus scored the goals this time round, as The Town look arguably the strongest second team to emerge in this year's Junior 'A' championship. It remains to be seen whether they lose a few to the Intermediate team for the next round, but if they can keep this side together, they'll be a tricky team to beat at this grade for anyone left.

Stradbally were dumped out of the championship following a two point loss to Killeshin in a low-scoring affair.

Killeshin led 0-5 to 0-2 at the break, and the away side hit two goals from Gavin Byrne and James Davis to put them firmly in the driving seat. Stradbally, to their credit, pulled two goals back from John Clancy and Kevin Holohan, but Killeshin held on to secure a two point victory.