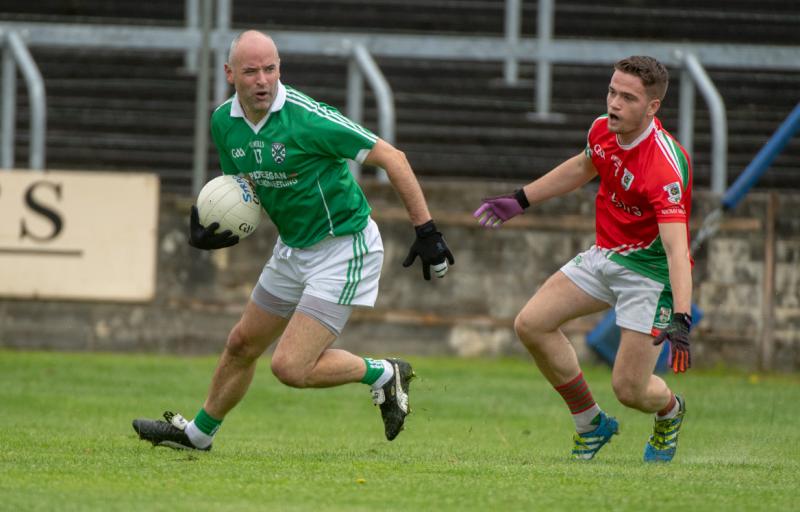 Stradbally have left Clonaslee St Manman's Gaels facing a relegation playoff for a third consecutive year after they secured a seventeen point victory on Sunday afternoon.

Even though Stradbally were in control throughout the game, it wasn’t until the second half when they really pulled away. Clonaslee St Manman's Gaels could only manage two points before the break, as they struggled to find any way past the Stradbally defence.

Clonaslee St Manman's Gaels did get the opening score of the game as Willie Young struck the ball between the posts off his left boot. Stradbally missed some scoring chances in the opening five minutes but after six minutes of play Colm Begley grabbed their first point from a ’45.

Tom Shiel then added two points in a row, one a well-taken point from play and another from a 21 yard free.
Clonaslee St Manman's Gaels were then awarded a free for some pulling off the ball. Glen McEvoy converted this which was the final score they were to get in the first half, and came after 16 minutes of play.

It took nine minutes for another score to come as a lot of pushing was going on off the ball which referee Joe Brennan had to deal with. Clonaslee St Manman's Gaels were making some really strong runs during this period but their final shot seemed to be letting them down.

Just before the break Stradbally got in for their second goal, as Padraig Fitzpatrick burst up the field and handpassed to Damien Murphy, who palmed the ball past Conor Gorman. This left Stradbally leading 2-3 to 0-2 at half time.

Stradbally began the second half at a frantic pace, as Clonaslee St Manman's Gaels really struggled to keep up with their opponents. Colm Kelly began their scoring spree with a free, while two minutes later Padraig Fitzpatrick pointed. Points from Colm Kelly, Tom Shiel and Jody Dillion meant Stradbally lead 2-9 to 0-2 after 40 minutes of play.

Some really good link up play in the Stradbally forwards got Stradbally their third goal, as a high ball in the square was slapped on by Tom Shiel to Darragh Mulhall, who was left free in the square to put the ball into the back of the Clonaslee St Manman's Gaels net. After 45 minutes Stradbally had a massive 3-11 to 0-2 lead.

Clonaslee St Manman's Gaels finally added to their previous point from the 16th minute as Donal Miller found the target. They did not give up as they added four points in the final 10 minutes of play thanks to Patrick Hyland, Rory Stapleton and Elliott Scully.

Greg Ramsbottom got Stradbally’s fourth goal late on as they ran out deserving 4-12 to 0-7 winners.