Portlaoise Panthers living the dream with Ireland at basketball championships

Three Portlaoise players in Montenegro for the European Championships 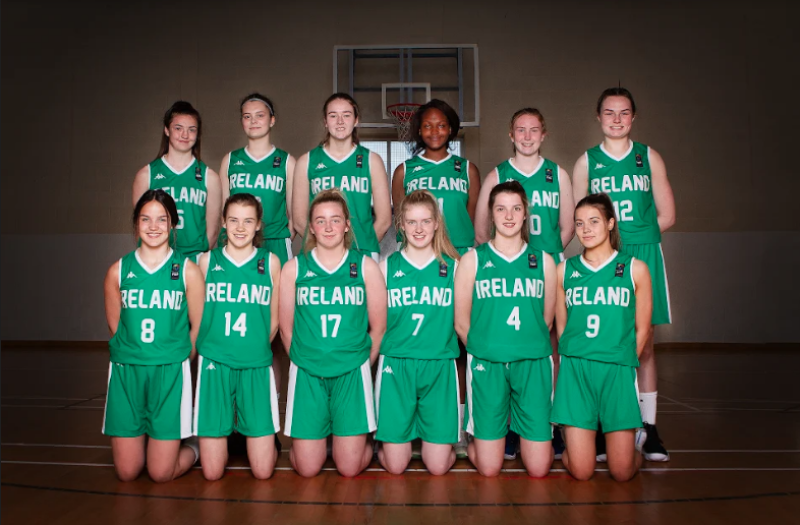 Ciara Byrne, Gillian Wheeler and Shauna Dooley will be flying the Portlaoise Panther colours when they line out for Ireland at the European Basketball Championships.

Three Portlaoise Panther basketball players line out for Ireland this week in what is expected to be tough group at FIBA European Championships.

The Ireland Under 16 women’s team are in Montenegro for the Women’s European Championship Division B, which tip off tomorrow (Thursday).

Ciara Byrne, Gillian Wheeler and Shauna Dooley will be flying the Portlaoise Panther colours in the squad that has travelled. No other club has more than one player on the panel. Ciara and Shauna are students of the hugely successful Scoil Chríost Rí team. Gillian attends the Cross & Passion College in Kilcullen.

Ireland has been drawn in a challenging Group C, where they will face Israel, Romania, Switzerland, Luxembourg and Kosovo.

Head Coach, Karl Kilbride is looking forward to the tournament.

“We’re beyond excited to get going. Watching the other teams that have come before us this summer do so well has been such an inspiration and has us absolutely itching to get on the court.

“It’s been a rollercoaster two years, and I can’t wait for the girls to get the chance to put on a display of all the work they’ve put in over the course of the programme. We’re at the point now where we’ve done our best to leave no stone unturned in preparation - from strength and conditioning, sports psychology, nutrition and then all the basketball prep – now we have to go implement it on the court.

“Luxembourg is our first game tomorrow and we have a little bit of revenge on our mind, having lost out to them in a practice game earlier this summer. As I’ve said over and over during the course of the programme, I’m incredibly proud of the girls and feel very fortunate that I get to coach such a hard-working group. The work the girls have put in alone makes them deserving of great rewards. But as we’ve talked about, you don’t always get what you deserve; you get what you earn. We’re just excited now to finally get the chance to go and earn it,” he said.