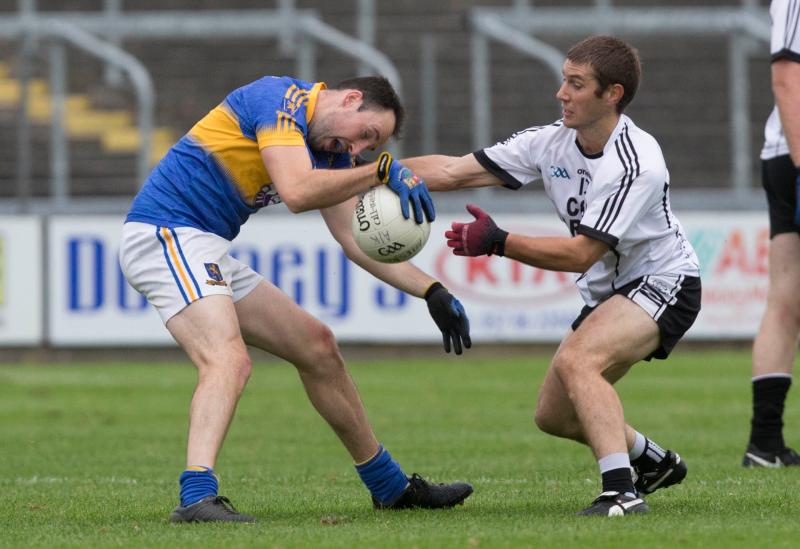 O'Dempsey's Conor Meredith will be a key figure against Ballylinan

O'Dempsey's and Ballylinan meet tonight in the first of the round three games, as both sides look to book a quarter-final spot. The last time the pair squared of in the championship was in 2015, in the relegation final. That day, Ballylinan surprisingly managed to relegate O'Dempsey's, who had been expected to be one of Portlaoise's main challengers that season.

Both sides have improved tenfold since then though, as O'Dempsey's have secured back-to-back Division 1A titles, while Ballylinan reached their first county final since 1987 last year.

O'Dempsey's suffered a defeat at the hands of Graiguecullen in round one, but bounced back impressively against Arles-Killeen in the next game, scoring four goals to comfortably advance.

After taking a bit of a beating against Killeshin last time out, things won't get any easier for Ballylinan in this one. Killeshin's win was founded on Stephen Attride tying up Gary Walsh, and they'll need to find a way of releasing some of the scoring burden off of him to have a chance in this one. With both corner forwards Cathail Dunne and Andy McEvoy abroad this year, they've found scores difficult to come by at times.

On the other hand, O'Dempsey's have plenty of scoring threats and the Ballylinan defence looks a little suspect at the moment. That all points in just one direction.