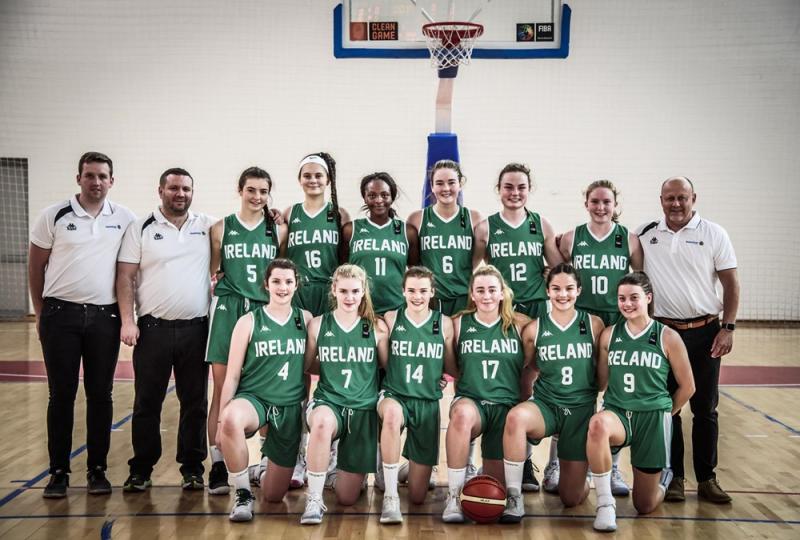 Ireland U-16 women after loss to Norway

Ireland under 16 women lost out, 50-64, to a very tough and physical Norway side in Classification 9-16 at the FIBA U-16 Women’s European Championship, Division B in Podgorica, Montenegro.

Kate Hickey got Ireland rolling when she made a big three during the game’s first possession. It seemed as though Norway’s size was not affecting the Irish, however, as the quarter went on, Norway began to out-rebound and block Ireland. Fatimah Akorede stepped up for Karl Kilbride’s side but Ireland trailed Norway, 13-18 at the end of the first.

Akorede and Hickey were, once again, accurate for Ireland in the second quarter. In a great team effort they began to force Norway to make mistakes on the ball and turn it over. The Norwegians, unhappy with their mistakes, called a timeout and came out blazing on the other side, as they lead going into halftime, 20-26.

Both sides were effective in the third. Norway continued to dominate on the boards but Ireland used their speed to take advantage of the Norwegians and to get much-needed scores. Leading into the final quarter Norway had managed to build their lead, 35-44.

Norway continued to make tough shots in the fourth to try and keep Ireland from fighting back. Ireland did not give up however, with Akorede and Hazel Finn scoring in an effort to claw at the lead. In the end, Norway’s size and physicality were too much for the girls in green as they lost out, 50-64.