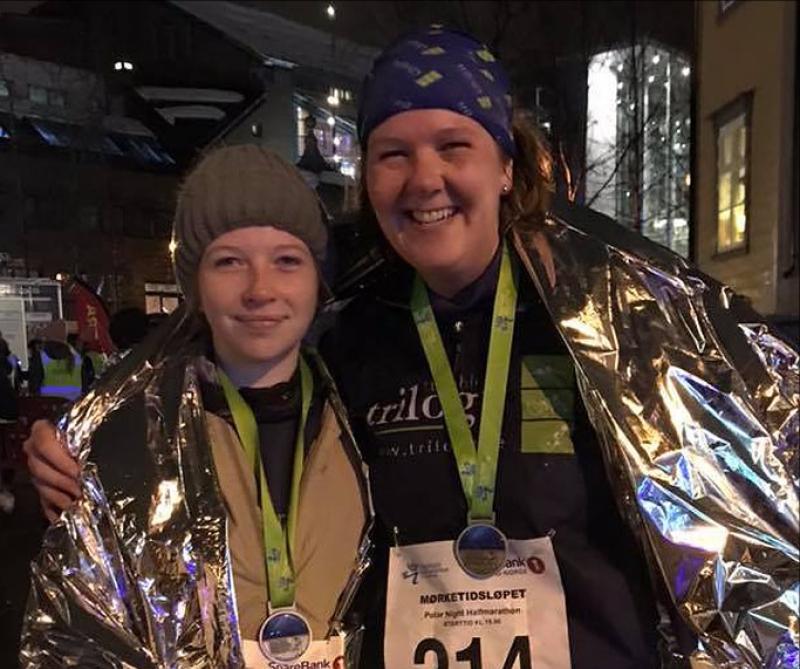 Bronagh and Sinead Wearen from Portarlington.

An adventure loving Laois mother and daughter took part in a unique running event last week, as they competed in the Northern Lights race series in Norway.

Sinead and Bronagh Wearen from Portarlington were the intrepid mother and daughter duo in question, with Sinead running a half-marathon and Bronagh running a 10k.

The races are held in Tromso, which is inside the Artic Circle, and are completed in darkness as the sun does not rise in Tromso at this time of year.

Both are members of Trilogy Triathlon Club in Portlaoise, and sported their club colours at the race. Understandably, the race is run in extreme conditions, starting at 3pm in the afternoon. Sinead covered the half-marathon in an impressive 2:06.04, while teenager Bronagh crossed the finish line in the 10k in 1:16.19.