The stage was set last Friday evening for the CCFL league decider between Mountmellick Celtic and Abbeyleix AFC.

It was simple, whoever wins, wins the league. Abbeyleix had the added advantage of knowing that a draw would also suffice for them to claim top spot and their first trophy in seven years. ]

In the end it didn’t come to that as Abbeyleix did in fact claim victory in a game of high quality.

Abbeyleix were the dominant side for large parts of the ninety minutes and Mountmellick were restricted to playing on the counter-attack, which they did to great effect. Andrew Bonham in the Abbeyleix goal made a number of important stops to deny Mountmellick taking the lead against the run of play.

Abbeyleix put together some fine build-up play with the usual array of passing and clever runs from the wing but as the referee called time on the first half both sides remained in a deadlock.

Abbeyleix did not let up in the second period, continuing the pile the pressure on their opponents. They showed an unrivalled drive, barely giving Mountmellick room to breathe. This tactic eventually paid off.

Typical of the man, Jamie Coffey chased down the ball where others would have let the defence play out with it and he got his just reward. He dispossessed his opponent and picked out a cross with pinpoint accuracy to find Killian Burke who, thanks to his teammate, could hardly missed and he didn’t, firing it into the roof of the net.

It was no more than Abbeyleix deserved and knowing now Mountmellick would have to put two past Bonham, they were confident they could see out the game and be crowned division champions.

It was a real team effort from Abbeyleix with superb shifts being put in across the park from the likes of Terry Lawless and eventual Man of the Match Oisin Carroll. Even the five subs made an impact in what was a fine overall performance from Philip Peacock’s men, even if the scoreline didn’t fully reflect it.

At the full time whistle there were scenes of jubilation and Abbeyleix’ own Mick Gorman handed over the trophy to skipper Dean Byrne. Byrne had many to thank in his acceptance speech and Abbeyleix can now look forward to Division 3 football next year, after a well-earned break over the summer of course.
Commiserations to Mountmellick who put up a valiant display. No doubt they will come back even stronger next year. 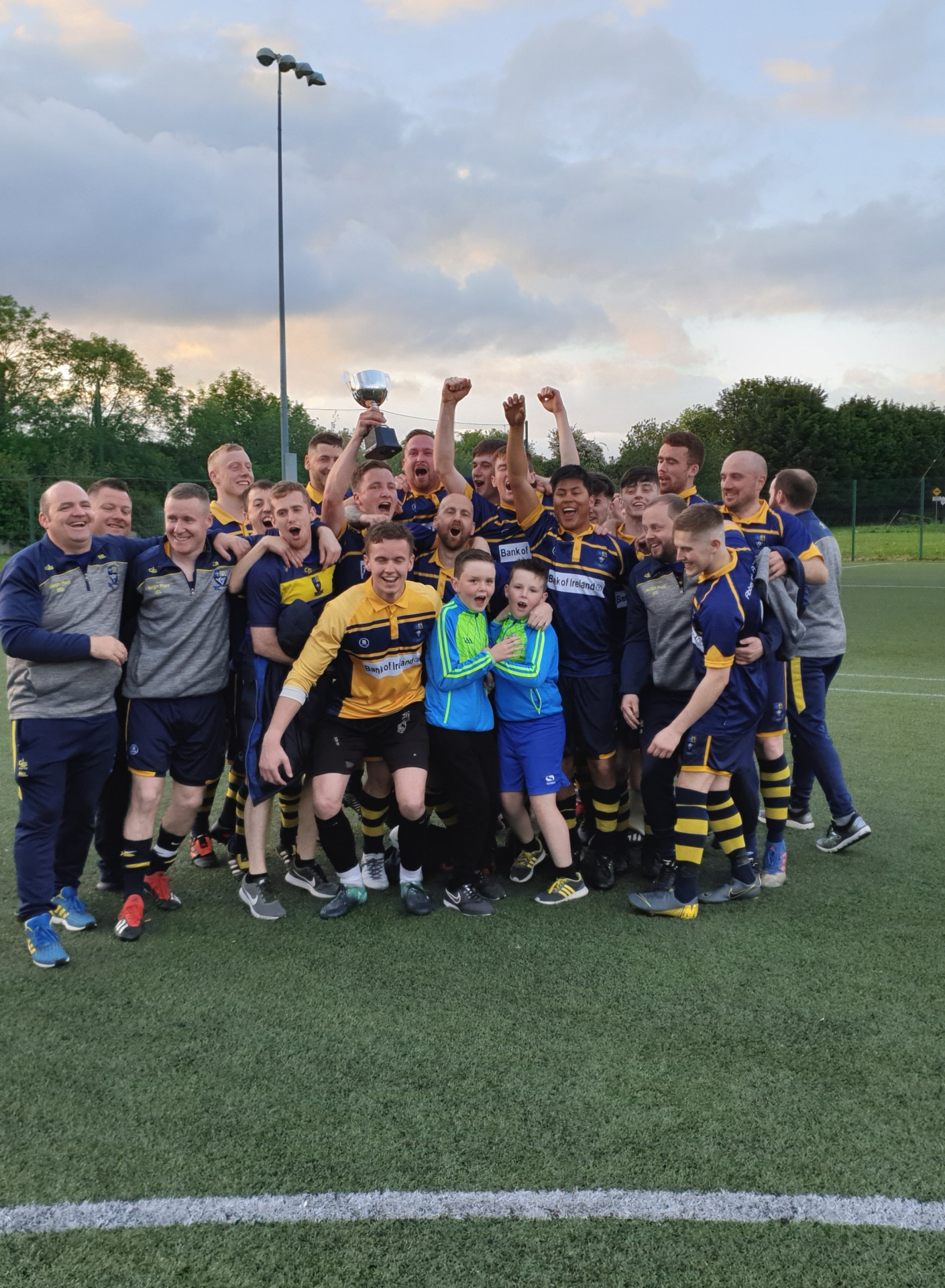 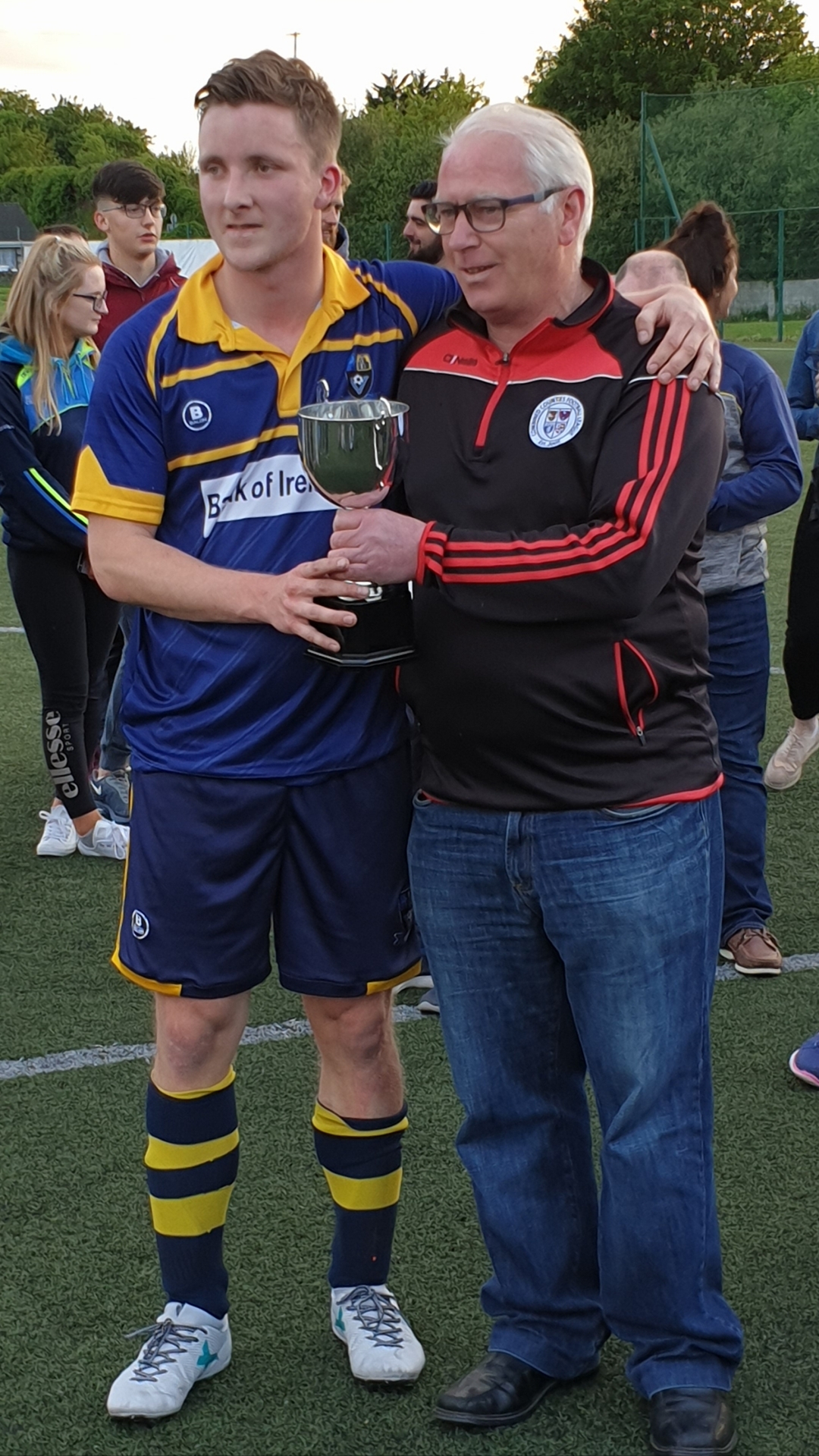 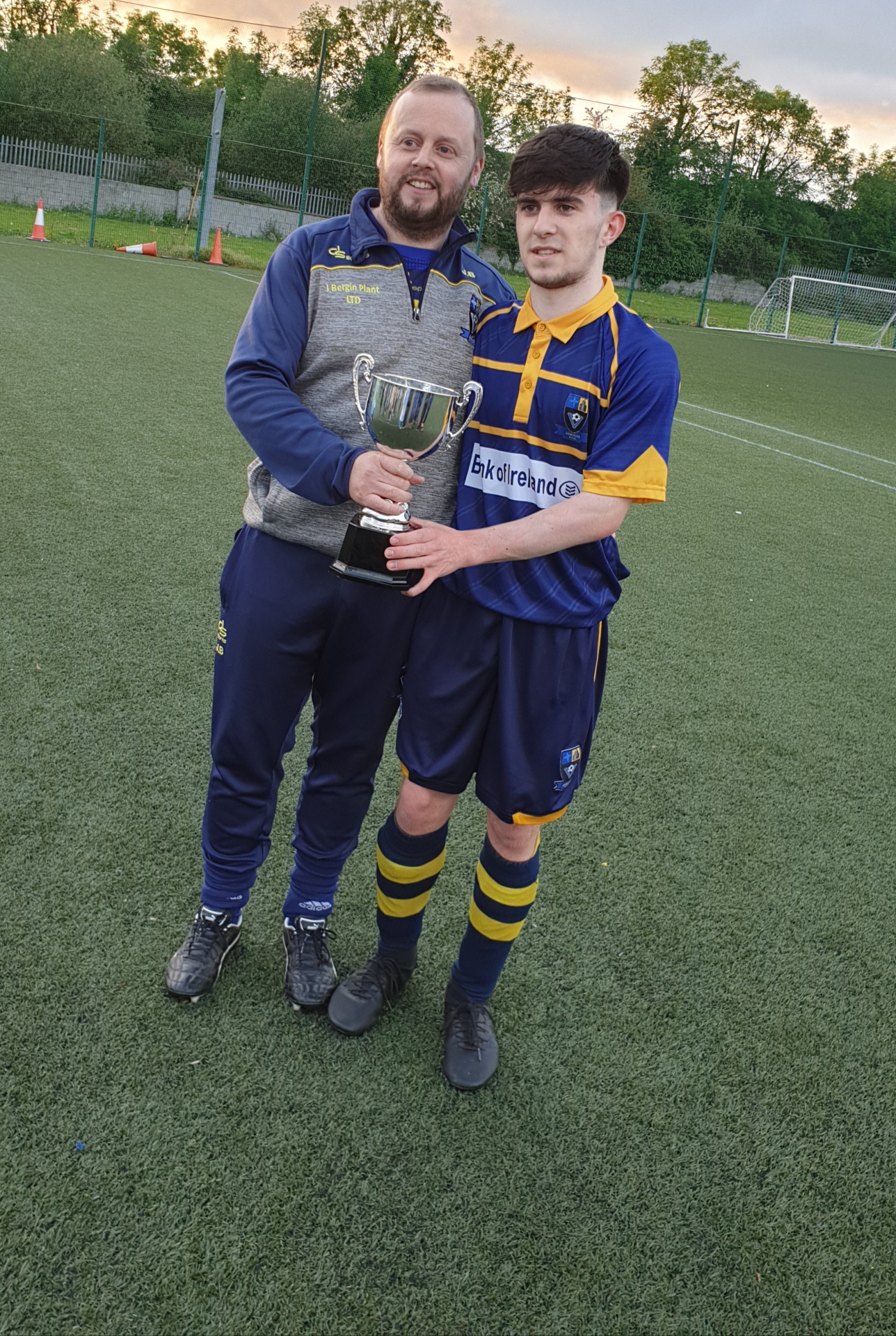