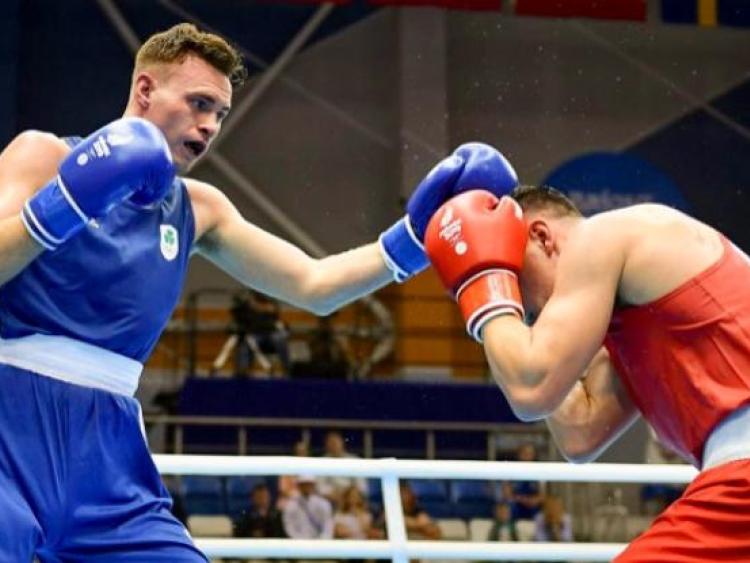 Following on from the success of TJ Doheny in recent times, another Portlaoise boxer has made headlines as of late.

Nevin boxed against a tough Turkish boxer, Serhat Güler, but he strided to secure a 4-1 verdict over the Turk. It was the third win in four days for the Laois man, as he's also scored victories over England's Mark Dickinson as well as his most impressive one over the former European Champion and Rio 2016 Olympic Bronze medalist, Azerbaijan's Kamran Shakhsuyarly.

Speaking after his win in the quarters, Nevin said, “I’m feeling good, happy with my performance. On to the next one now."

Nevin's fight is set to be scheduled for TV coverage as well, with Eir Sport set to be covering the fight live.

The bout is scheduled for 7.30pm Irish time this evening on Eir Sport 1.

We will keep you updated on Nevin's  progress at the games.