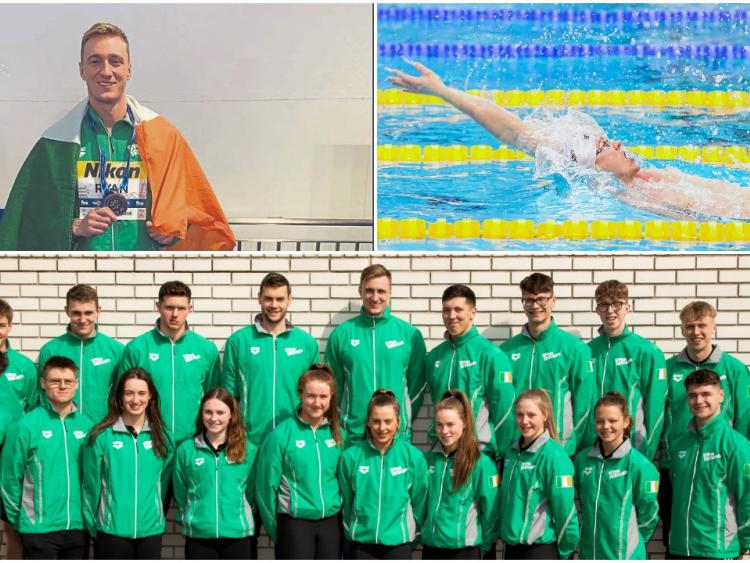 Swim Ireland’s team for the FINA World Championships in Korea this month will be spearheaded by Laois swimmer, Shane Ryan.

The FINA World Championships kick off at the Nabu University Municipal Aquatic Centre in Gwangju, South Korea tomorrow (Friday). A team of three divers and ten swimmers, Ireland’s biggest ever World Championships team, will also have their first opportunity to qualify for the Tokyo 2020 Olympic Games over the next two weeks.

Portarlington’s Shane Ryan, Ireland’s first ever medalist at the World Championships in 2018, will lead the Irish team as they look to book their place for Tokyo.

Diving gets underway first on Friday with Oliver Dingley and Clare Cryan in action. Both compete in the 1M Springboard preliminaries, a non-Olympic event, to get warmed up ahead of their main events, the 3M Springboard on Wednesday and Thursday next week. Rio 2016 Olympic Games finalist Dingley and 2017 Diving Grand Prix medallist Cryan are joined by 17-year-old Tanya Watson, who was a finalist at the 2018 European Championships. Watson competes in the Platform (10M) event on Tuesday.

Dingley, Cryan and Watson will all be aiming to finish within the top 12 places at the Championships to secure places for Ireland at the 2020 Games, with a second and last opportunity for the divers coming in April 2020 at the FINA Diving World Cup.

The swimming gets underway on Sunday 21st where Ryan will feature for the Irish 4x 100m Freestyle Relay team, and then will be out again the following day in the Men's 100m Backstroke - his main event where he set a new Irish senior record of 53.73 seconds at the Irish Open Swimming Championships at the NAC in Dublin back in March. Ryan will also compete in the Men's 50m Backstroke five days later.

Speaking ahead of the Championships Swim Ireland National Performance Director Jon Rudd commented: “A summer World Championships is always an exciting event, held every two years, but the one before an Olympic Games has even more excitement and anticipation linked to it as our athletes look to put a foot in the door when it comes to Tokyo selection. That is not to say that these Championships are not important in their own right, because they are and our whole season has been geared towards these days in Gwangju. Both our swimming and diving teams blend experience with youth, and we will now see what these athletes can deliver on the world stage in what will be a terrific event in all regards.”