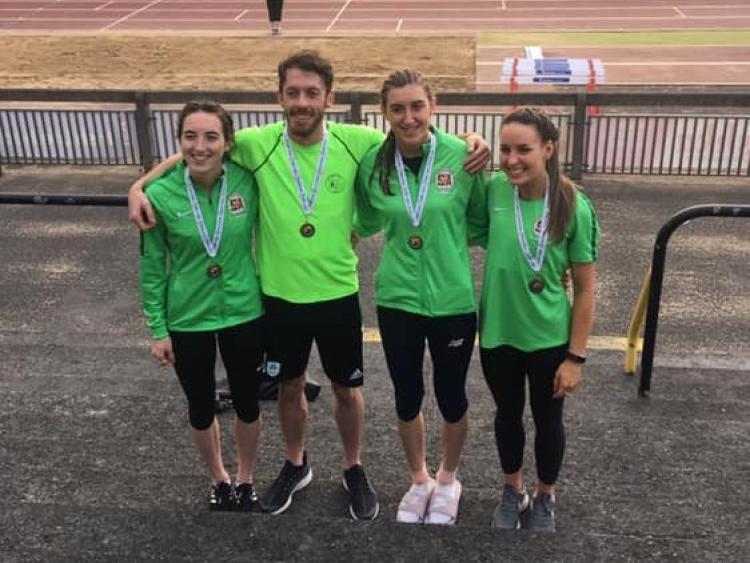 The St Abban's club are one of Laois' and Ireland's most successful athletic clubs, and they seem to go from strength to strength year on year. Their medal collection proves that.

The club had a number of athletes competing in the AAI National Senior Championships this year in Santry, Dublin. Sarah Buggy, Nessa Millet, Ruby Millet, Paul Byrne, Maisy O'Sullivan, Deana Kealy and Nicole Kehoe all made their way to the capital in pursuit of medals.

Earlier in the month, Ruby Millet, sister of Nessa, won a silver medal in the Senior Girls Long Jump at the All-Ireland School's Track & Field finals, but this time she was hoping to go one better.

Last week Ruby was left slightly disappointed in the European Juniors, as she fell short of reaching the final, so she was determined to get back on track.

However, she wasn't out until Day 2, with four athletes out on Day 1. There was a National title on the line as Sarah Buggy took to the track in the Triple Jump. 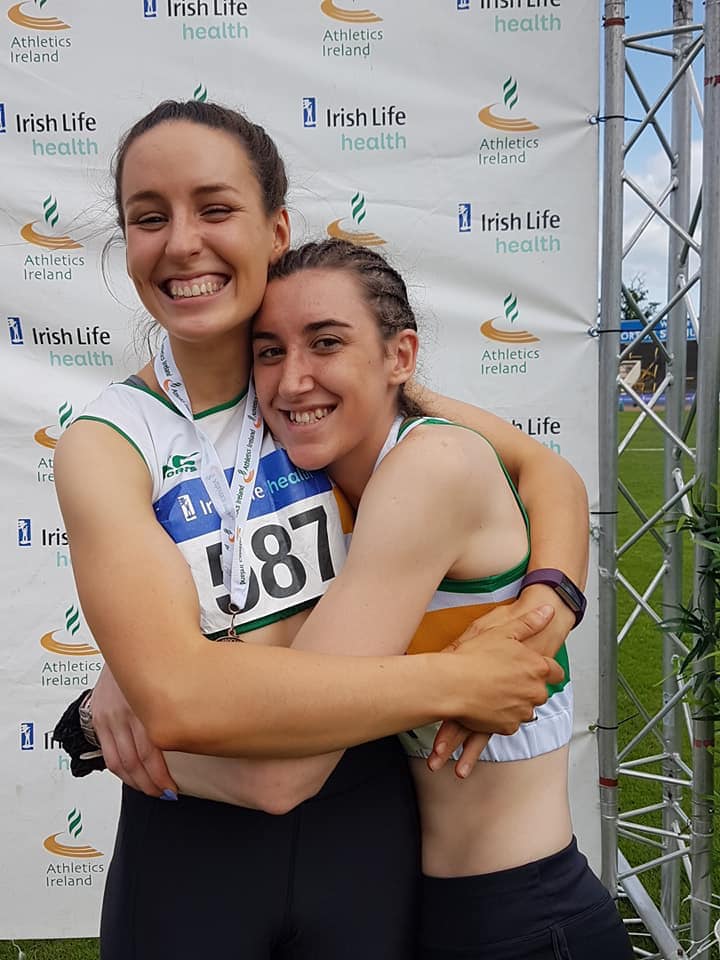 Despite dealing with an injury, Buggy still managed to claim her fifth National Triple Jump title overall, finishing with a jump of 12.70m. It was an incredible feat and she would have another shot on the second day at bringing home more medals.

The other athletes who were out on Day 1 were Nessa Millet and Paul Byrne competing in the 400m hurdles in both the Men's and Women's section, while Maisy O'Sullivan took part in the 800m. All three of them advanced to their respective finals the next day.

On Day 2, both Sarah Buggy and Ruby Millet were out early in the day competing in the Long Jump competition. There was very little separating the top three athletes in that one, with just 13cm the difference.

Buggy finished with a bronze medal thanks to a 5.85 jump, while Millet won the gold with a jump of 5.98. 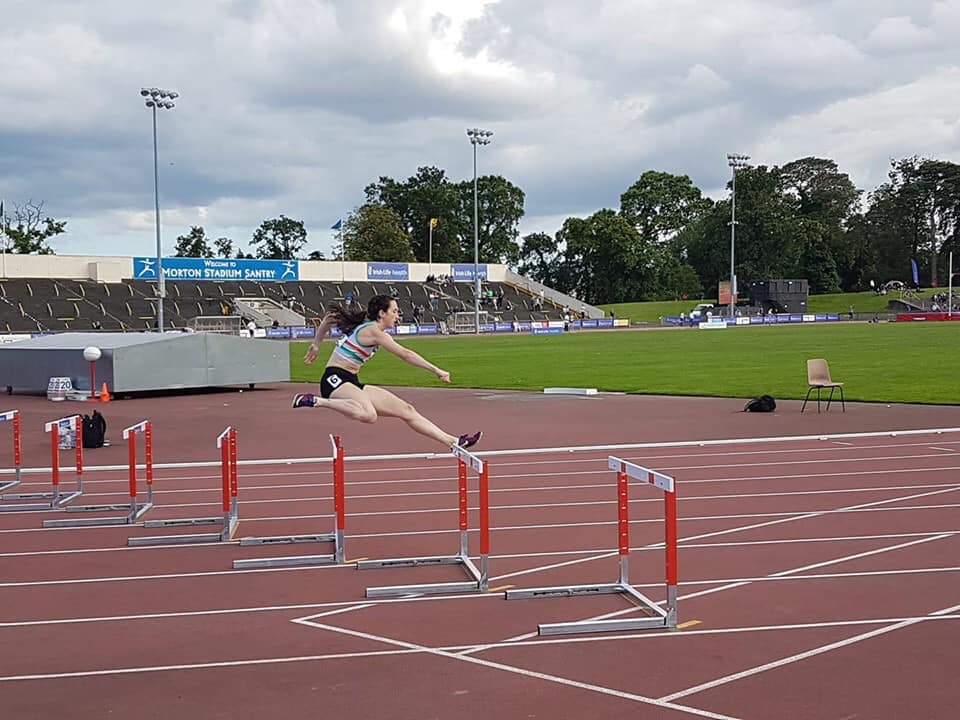 Nessa bolted out of the blocks in her competition, and had burst her way past her competitors into the final bend. She didn't let up either, as a couple of powerful strides later saw her past the finish line, coming in 1st place

The two Millet's had now picked up a gold medal apiece, and now Paul Byrne was up next hoping to achieve the same result. Byrne's race was much closer than Nessa Millet's, as the race was neck and neck heading to the finish.

Byrne pushed to the front in the end to claim gold though, and it meant he had finally achieved his goal of securing a National title following a few years of close calls with Olympian Thomas Barr. 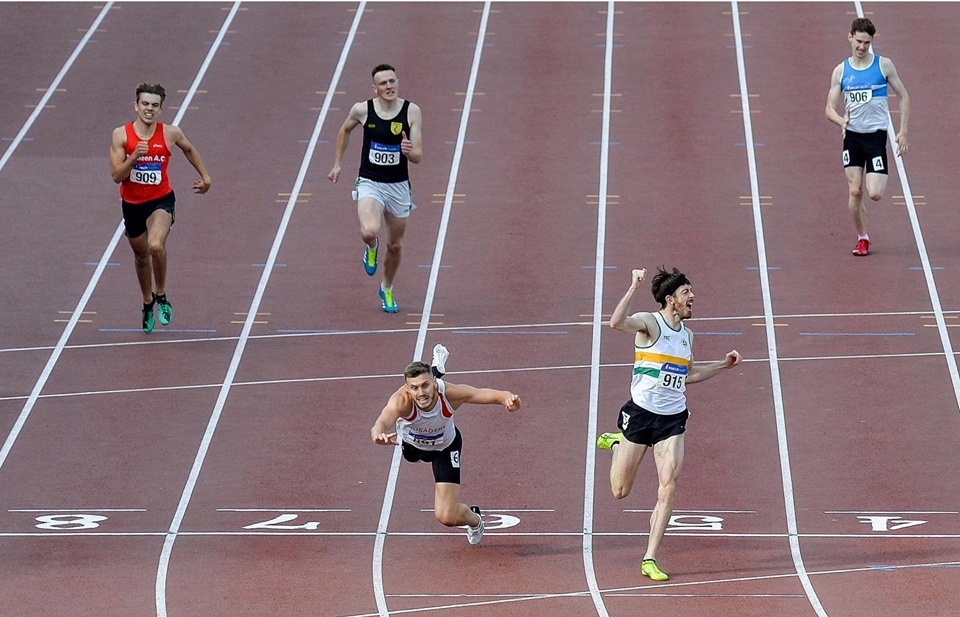 St Abban's athlete Deana Kelly also competed in the High Jump where she finished just outside the medal places in fourth position with a clearance of 1.60m.

Maisy O'Sullivan ended up in 7th place in the 800m with a time of 2:11, while Nicole Kehoe finished in 8th place following a throw of 10.57m in the Shot Putt.

In total St Abban's returned home with five medals, and four of those came in the form of gold ones. All the athletes will have learned from their experiences and use it for the future.

In the aftermath of those results, more exciting news came the way of St Abban's. Nessa and Ruby Millet, along with Saragh Buggy, have since been selected to represent Ireland at the Team Championships from the 9th to the 11th of August in Norway.