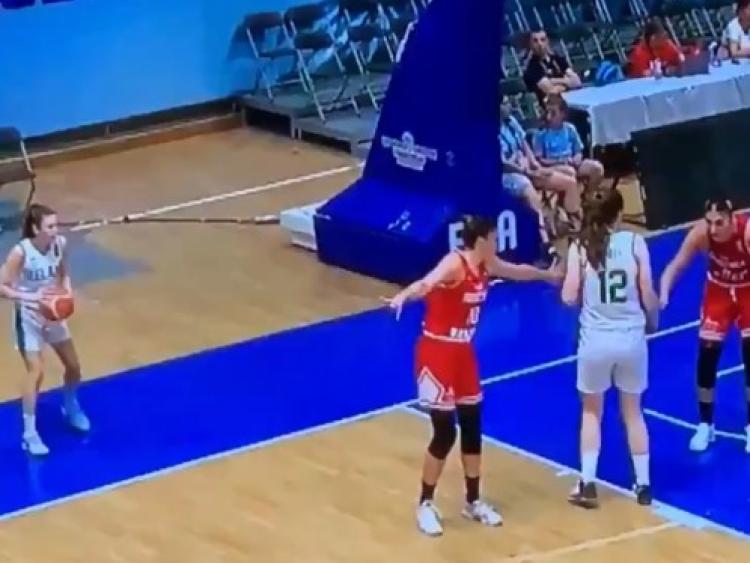 Three former Portlaoise Panthers women were selected for the Ireland U-20 squad earlier this summer, and have been thriving in the set-up ever since on an extremely talented Irish outfit.

Claire Melia, Amy Dooley and Maeve Phelan are all players who came through the ranks at their former club Portlaoise Panthers, where their development at that level has aided them into progressing into becoming international standard basketball players.

They have enjoyed a stunning run through the U-20 Women's European Championships in Kosovo this month, one which has seen them into a huge semi-final clash against Bulgaria this Saturday at 3:30pm.

The Portlaoise trio of Melia, Dooley and Phelan have been hugely influential in their progress through to the last four of the competition.

Melia has been lighting up on the scoring side, notching up some serious tallies on the way. Both Phelan and Dooley have been working their socks off down the other end, and have been solid whenever given the opportunity. Phelan's performance in the win over Great Britain was particularly impressive.

However, one of the moves of the tournament so far from Ireland didn't actually involve any of the Portlaoise trio. The victory over Great Britain involved the the help of a remarkable piece of skill from Enya Maguire who managed to rebound the ball back off an opponent's back to set herself up for a comfortable 'nothing but net' basket.

You can watch that piece of genius below, along with the celebrations that got underway after Ireland's victory over Croatia that saw them through to a semi-final (video credits: Balls.ie and Basketball Ireland).

The Ireland U20 women pic.twitter.com/k0OYROxbvz