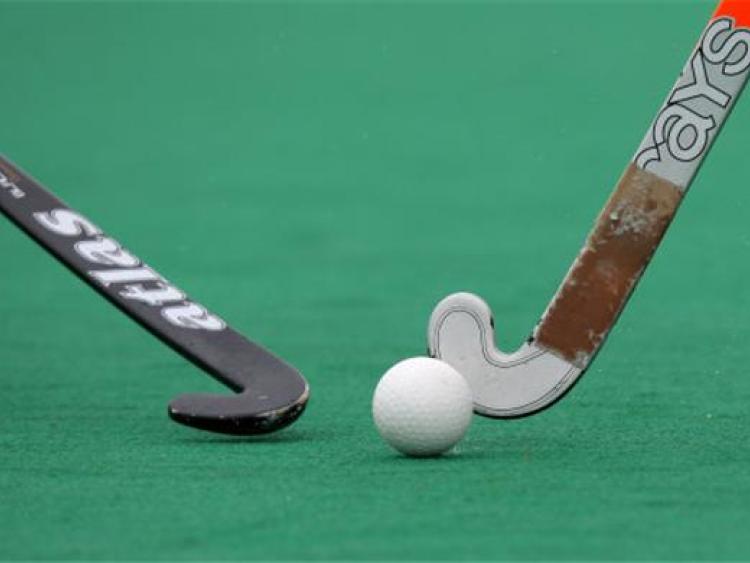 Dunamase College in Portlaoise and Laois Hockey have come together to announce a strategic partnership agreement to aid the development of hockey in Laois.

The agreement will see the introduction and coaching of Hockey teams at the school and plans to develop a full-size Astroturf hockey pitch as part of the new school facilities to be built at Aghnaharna, Portlaoise.

Laois Hockey is a committee representing Abbeyleix Hockey Club (Junior) and Portlaoise Ladies Hockey Club (Senior). The committee has been formed to progress the provision of a full-size Astroturf hockey pitch in Laois.

Dunamase College opened as a secondary school in September 2017 and plans to enrol over one hundred and ten students this September. It also has an Aonad Lán-Gaeilge which allows students to have all curricular subjects taught as Gaeilge.

The partnership agreement, which comes on the back of a recent announcement that a 1,000-place permanent home for the school will be developed at Aghnaharna, has a number of goals and actions to help develop hockey in the school which, in turn, will act as a feeder-school for the two hockey clubs.

Dunamase College introduced Hockey at the school this year led by teacher Alison Bennett and the school has played a number of matches against other schools in Dublin. In the medium term, Laois Hockey will support the introduction of Transition Year at the school through a Leadership programme facilitated by Hockey Ireland.

It is also planned that the school will have teams competing in the minor league during this phase of the agreement. The long term plan is to see the development of a full-size Astroturf hockey pitch as part of the new school facilities to be built at Aghnaharna, Portlaoise.

This will require funding through sports capital programmes to support the development but it is very much the cornerstone of the agreement to provide suitable hockey facilities in Laois. By this point in time the plan is to have teams competing in the senior leagues of school competitions.

Trevor Watkins, Chairperson of the Leinster Hockey Association (LHA) offers his congratulations to Abbeyleix HC, Portlaoise HC and Dunamase College on this exciting new proposed development in the Midlands.

“The proposed facility will allow young people to learn and play hockey and follows on Ireland Women winning Silver Medal in the World Cup which continues to inspire young players to take up hockey. On behalf of Leinster Hockey I wish all involved success in the years ahead.”

Kenny Carroll (Regional Development Officer - Leinster, Hockey Ireland) said that 'Laois is currently one of 3 counties in Leinster without a synthetic grass hockey pitch. The proposed pitch at Dunamase College will act as a Regional hub for the sport of Hockey in Co. Laois with the long established clubs, secondary schools, and primary schools in the county all using this modern facility.

“Participation and performance will increase when matched with the many volunteers who are currently developing the sport in the county at the moment. The model of collaboration between schools and clubs developing modern community sport facilities is the best model in Ireland to increase participation in sport and I congratulate all involved for their vision and commitment.”

Karen Fingleton is a member of the Laois Hockey committee. “As things stand, we don’t have a dedicated hockey facility in Laois; we have to train on soccer pitches and tennis courts and have to travel for all our fixtures. Developing a hockey pitch in Laois is critical both for the existing clubs and for the development of the sport within the county. We are delighted to work with Dunamase College on this project which we believe will be beneficial to all concerned.”

Aoife Elster, Principal at Dunamase College, is delighted with the partnership, as ‘it will bring coaching expertise and supports from the local clubs to help hockey become a key sport in the school. It will also give hockey players the opportunity to continue their sport at school level at Dunamase College and we, in turn, will be encouraging our students to become members of the local hockey clubs.

A three-day hockey summer camp will be held at Abbeyleix Hockey Club from August 20-22 and all are welcome especially those that have not played before. Further information from Gary Luttrell at 087-6420941.