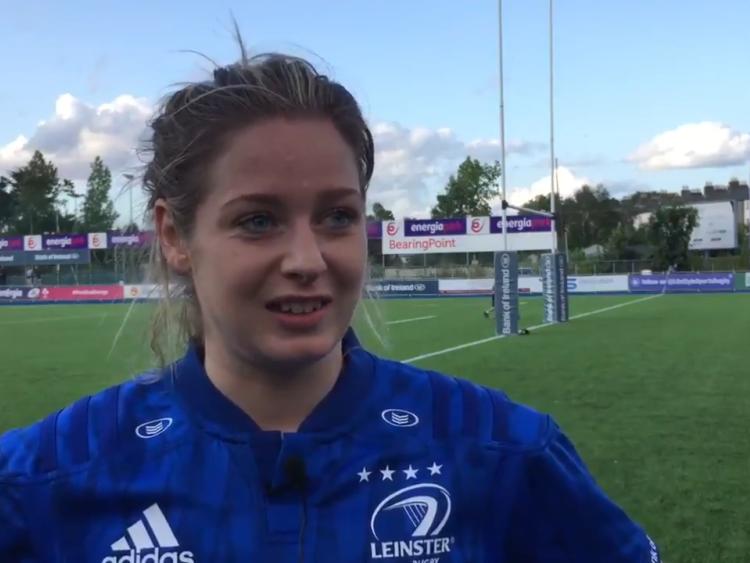 However, older sister Alison's flight home from her honeymoon was delayed so she didn't actually play.

Alison is renowned in Irish rugby circles, enjoying an illustrious career to date spanning over a ten-year period. She made her international debut back in 2010 and won a Grand Slam with Ireland in 2013, as well as reaching a World Cup semi-final with Ireland the following year.

Alison returned to play for Ireland in the 2019 competition after suffering a horrific double fracture to the leg playing against Italy. It was feared she may never play internationally again after that setback, but she battled her way back to full fitness and was a key player for Ireland once again this year.

Alison announced her retirement from international rugby after the conclusion of Ireland's 6 Nations campaign earlier this season, but is still plying her trade for her club and her province.

Grace, who also plays for Old Belvedere RFC, actually played alongside Alison in their first ever game in April earlier this season. Following some brilliant displays with her club, Grace was selected to play for Leinster against Connacht.

The Leinster side proved far too strong for Connacht on this occasion. Quick hands from the back line resulted in Grace going over in the corner to mark her debut in the Leinster jersey with a try as her side ran out comfortable 34-6 victors.

Grace's display will have surely caught the eye of onlookers, and it's a possibility we'll be seeing another Miller sport the Irish jersey soon enough.

After the match, Grace gave her thoughts on the victory and how close she came to playing against her older sibling. You can watch her reaction below: