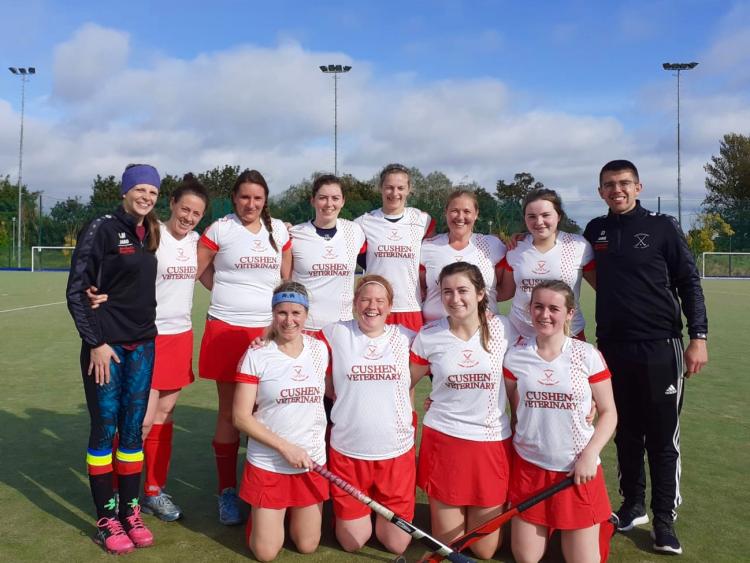 Portlaoise Ladies Hockey Club got their 2019/2020 season off to a flying start with a win over UCD 6th.

The team’s first match of the season in Leinster Ladies Division 9 League took place in UCD on Saturday 28th September. The start of the season also saw the introduction of some minor changes to the rules of hockey by the International Hockey Federation, with one being that each game is now broken into four quarters, rather than two halves.

In the first quarter of the match, UCD started strongly and put the Portlaoise defenders under pressure straight away.
UCD earned an attacking short corner and took full advantage by scoring a goal past the Portlaoise goalkeeper, giving UCD an early 1-0 lead. At that point, it looked as if UCD had the potential to run away with the match.

However, Portlaoise fought hard to take control of the game and a well-earned Portlaoise goal brought the teams level in the second quarter of the game. The goal was created by quick and accurate passing up the pitch, which started from Susan Fingleton to April Kent, who passed up the line to Orla Dwyer. Dwyer then crossed the ball into the circle to Yvonne Hargroves who shot the ball past the UCD goalkeeper.

In the final quarter, Portlaoise ramped up the pressure on UCD and a second goal came for Portlaoise as a result of a fantastic movement up the pitch by newly appointed team captain, April Kent. Kent evaded the tackles of five of the opposition players as she moved up the left-hand side of the pitch. Subsequently, she crossed the ball across the goal with a strong back-stick strike which was deflected into the goal by Yvonne Hargroves, who was in the perfect place in the circle.

Next weekend, Portlaoise will take on Portrane in an away league match fixture. Any new players are welcome to join the team at training on Tuesday nights in Fr Breen Park in Abbeyleix.