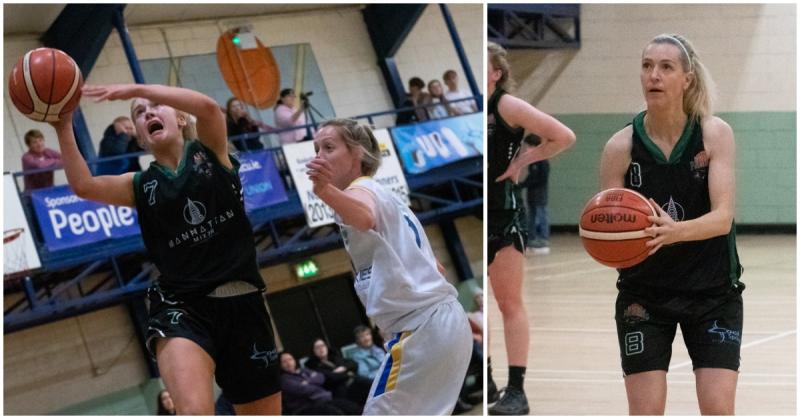 Portlaoise Panthers Ladies travelled to Castleisland with the unenviable task of overturning a strong St Mary's side.

Castleisland has one less game played but were still unbeaten this season after inflicting Portlaoise’s only defeat in St Mary’s Hall in the first game of the season. Portlaoise were the underdogs and with nothing to lose they started confidently and continued to lock down on defence to take a well-earned victory to sit tied at the top of the southern conference after six games.

The first quarter saw Portlaoise storm out of the blocks with Gillian Wheeler showing amazing pace to get the baseline drive where she assisted a Trudy Walker score and in the very next play got her own lay-up after cutting strongly to the basket. The two combined again for the next score with Walker on the end of another slash and dish from Wheeler.

Portlaoise knew that Castleisland held a height advantage and experience could tell a lot as the home side went to former UL Superleague players Loretta Maher and Lorraine Scanlon for their scores. Maher posted well and scored her sides first three points and Scanlon got in on the act with five points of her own.

A three-point play from Jasmine Burke settled the Panthers nerves as it was apparent that scores would be hard come by in this match up. A big three from Castleisland sharpshooter Denise Dunlea and two free throws by Maeve Barry gave the home side a two point lead at the end of the quarter on a scoreline of 15-13.

With Portlaoise finding themselves in early foul trouble coach Peter O’Sullivan was forced into a zone defence pulling back on his press. This seemed to shore up the threat inside as Castleisland began to struggle for scores. Portlaoise also struggled to convert on offence as every score continued to be fought for both ends of the court.

Ciara Byrne was controlling the game for Portlaoise and popped up to draw the game with a lovely floater over the top of the defence. Grainne O’Reilly entered the game for her National League debut and the sixteen-year-old wasn’t one bit overawed by the occasion as she drained her first midrange shot and coolly went to the free-throw line to hit four from four attempts. Laoise Walmsley, Loretta Maher and Denise Dunlea came up with the Castleisland scores in the quarter as both sides went in at the break tied at 24 points apiece.

In the reverse fixture on the first day of the season the third quarter was to be Portlaoise’s downfall with a fifteen point turnaround so they knew they would have to come out all guns blazing if they to avoid a repeat of this.

A Ciara Byrne basket started the second half and Portlaoise found themselves heading to the line on numerous occasions but were converting only at a 50% average which was a poor reward for their massive efforts and allowing Castleisland the opportunity to stay in the game.

One of the biggest scores of the game came midway through the third as a well-worked end line play saw Ciara Wheeler get free and she drained her sides first three-pointer of the night to give Portlaoise a six point lead as the momentum was firmly with the visitors. A fast break lay-up by Gillian Wheeler and another three points from the impressive Jasmine Burke left Portlaoise in control with seconds left in the quarter.

With Portlaoise running down the clock on the last possession Jasmine Burke found herself outside the arc and she banked a three on the buzzer to give the Panthers a ten point lead heading into the final quarter.

Portlaoise knew that the game was far from over and Castleisland threw everything they had to regain the lead. They went to their two main threats Denise Dunlea from deep and Lorraine Scanlon inside and they did their best to drag the home side back into the game combining for eleven points in the final ten minutes. But Portlaoise were dominating the boards with Hannah Collins and Trudy Walker allowing only one attempt per offence.

Castleisland got the game back to three points late in the game but this young Portlaoise side held their composure down the stretch hitting some clutch free throws by Ciara Byrne and Sarah Fleming and stopping Castleisland from scoring to take the game by five points on a scoreline of 50-45.

This was a big win as Portlaoise head into a two game weekend starting with a top of the table clash in Galway against NUIG Mystics and then back home in St Marys Hall on Sunday at 1.30pm as they play host to Fabplus Northwest.