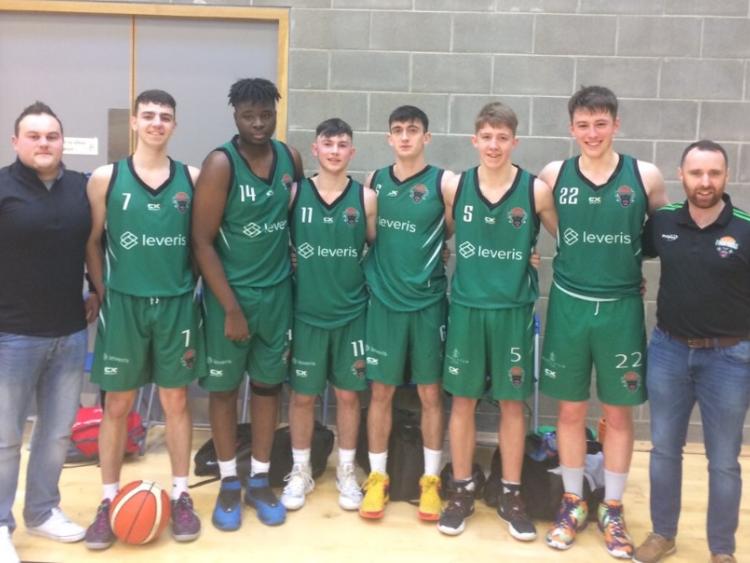 Portlaoise Panthers Under 20 boys made the trip to Waterford for the third round of games in the National League competition last weekend.  After big wins in the previous rounds against Waterford Vikings and Neptune, the Panthers lads were hoping to go three from three but were travelling with just five fit players.

Ballincollig got off to a great start with Garreth Blount in scoring form with nine points in the first quarter.  Gary Morrissey started off the scoring for Portlaoise with a three-pointer and Rian O’Connell backed this up with fine well-taken baskets inside the key. Trevor Swayne got in on the act adding another four points and James Phelan became the fourth Portlaoise scorer with two free throws.   But Ballincollig were ahead by three-point at the end of the first quarter courtesy of scores from Michael Lynch and Colm Blount.

Portlaoise upped the intensity in the second quarter and were rewarded for their efforts as Gary Morrissey cut open the Ballincollig defence time and again adding eleven points to his personal tally by half time.  James Phelan was controlling the game for Portlaoise and also chipped in with another three points in the quarter. A turning point in the game came just before the break as Trevor Swayne picked up his fourth foul which forced a change in approach to their defence as there was no substitutions available to Portlaoise.  Portlaoise needed to be clever and avoid any unnecessary fouls. At the half time break the Panthers men had clawed back the Ballincollig lead to draw level on a scoreline of 36-36.

The third quarter saw Portlaoise take control of the game as they held Ballincollig to eleven points in the quarter, playing some great team defence and limiting the Cork sides chances.  Two early three-pointers from Morrissey and Phelan gave Portlaoise the confidence to push on. Swayne and O’Connell added further points while they kept Ballincollig to one chance opportunities by owning the boards.  A third three-pointer from Morrissey brought his game tally to twenty-one points and gave Portlaoise a four point lead heading into the final quarter.

It as all to play for in the fourth quarter with just two scores separating the teams.  An early Tom Gbenola score followed by three points from James Phelan extended out the Portlaoise advantage but Ballincollig came back at them with scores from Michael Lynch and Sean Flynn.  James Phelan was in the groove and scored his sides next nine points as he took the game to the Cork men. Ballincollig were unfortunate to find themselves in foul trouble which sent the Portlaoise men to the line where they converted their chances, the final eight points for Portlaoise coming from the free-throw line.  Ballincollig scored two late three-pointers through Colm Blount and David Aluke but it was too little too late as Portlaoise took the win on a scoreline of 70-64.

This was a big win ahead of their National Cup semi-final against UCD Marian down in Cork next Sunday and they are hoping to welcome back some of their players who’ve been laid off from injury which will make them a big threat.