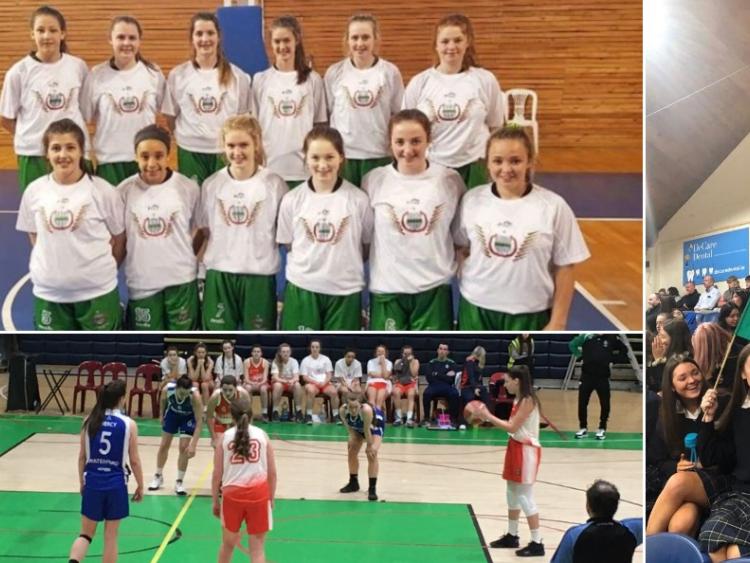 The Scoil Chriost Ri senior basketball team claimed the All-Ireland Schools Cup 'A' title today with an impressive victory over Our Lady of Mercy, Waterford.

Our Lady of Mercy, Waterford 38

A week on from receiving a Civic Reception at County Hall in recognition of their All-Ireland success on the football field last year, Portlaoise school Scoil Chriost Ri continued their proud sporting tradition by adding another All-Ireland title to their already bulging repertoire when they emerged 22-point victors over Waterford's Our Lady of Mercy Secondary School at the National Basketball Arena in Tallaght.

This group of players have won All-Ireland's the whole way through from first year to sixth year, however, today's victory is the school's first-ever senior 'A' title.

Best of luck to our Senior A basketball team as they make a bid for the All Ireland title. The atmosphere will be electric with two buses of supporters in tow! Link to watch the game live @ 11am on https://t.co/OoKNYKdSCl #scrplabu #allireland @ceist1 @PortlaoiseParis pic.twitter.com/jUhVag3C7L

Pat Critchley's Scoil Chriost Ri team posted 21 points to the board in the opening quarter to lead their Waterford counterparts by 11 points in the first quarter.

The Portlaoise continued to dictate the play in the second quarter and built up a healthy 17-point lead going into the half-time break.

They pushed their lead out to 21-points by the end of the third quarter and finished strong to claim the All-Ireland title with 22 points to spare.

What a welcome back for the all Ireland Senior A All-Ireland basketball champions!! We are so proud of you all and the joy and celebration you have brought to our school with this superb achievement! #allirelandchamps @ceist1 @plaoisepanthers pic.twitter.com/LABx31rUhG