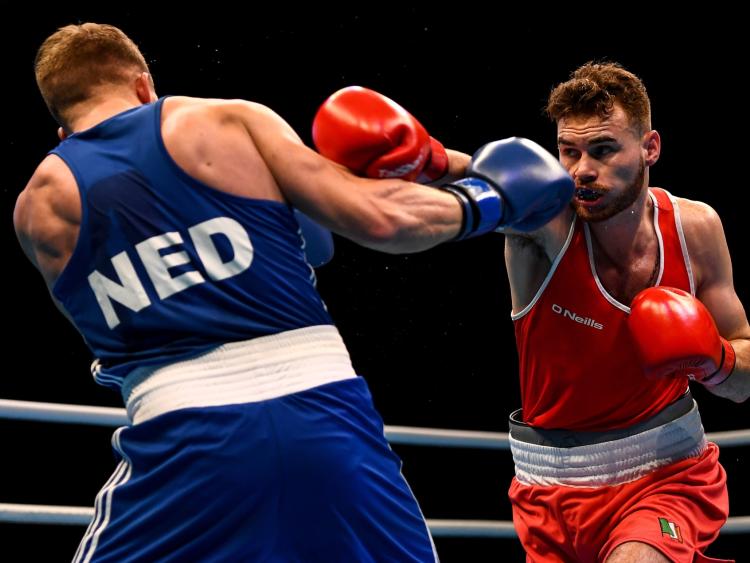 Portlaoise boxer Michael Nevin inched a step closer to securing his place at for the 34th Olympiad with a split decision victory today at the Olympic Qualifiers in London.

Middleweight Nevin navigated past the tough test of Dutchman Max van der Pas in the Round of 32 to advance to the last 16.

The Portlaoise man edged a scrappy affair on a 4-1 split decision to set up a showdown with Armenian Arman Darchinyan on Wednesday.

It was a close contest throughout with neither boxer much in the way of clean blows. Ultimately, three of the five judges awarded Nevin the full three rounds.

Michael Nevin brings our afternoon session to a close with a Split Decision (4-1) win after a tight contest v !

He'll return to the ring on Wednesday v in the Last 16.