Laois Cricket Club bowled over by big grant from Texaco 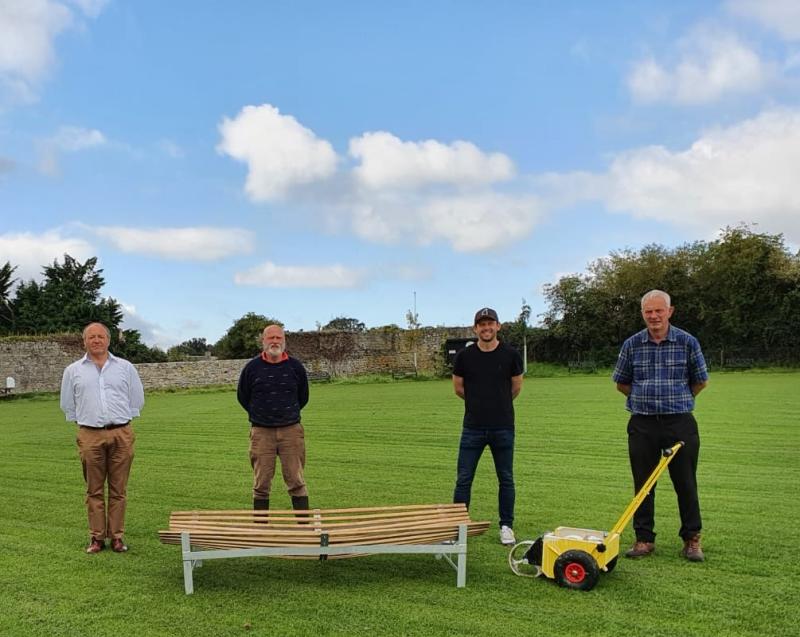 Laois Cricket Club has received a major boost in the form of €5,000 funding under the Texaco Support for Sport initiative.

The €5,000 award made will be used to further biodiversity in its grounds-keeping, and to advance its position as one of the most successful clubs outside Dublin - with plans that include the running of a local league to help promote cricket with six new players per team and the expansion of its underage section.

“A feature evident in almost all applications was the pressure felt by clubs in the current circumstances to expand their role within their local communities with increased membership demands and the need for extra equipment and improved facilities.”

“The purpose of our initiative is to help clubs to overcome these obstacles so that they can continue to remain active and at the very heart of their local communities. This is why we believe our initiative has been so warmly welcomed by sports clubs nationwide in its launch year,” he added.

Founded 50 years ago in Tullamore, the club later moved to Portarlington and then to Portlaoise RFC before securing its new permanent home at Abbey, Stradbally where it won the 2020 Cricket Leinster Grounds of the Year award. Fielding players from more than 15 countries, the club is proud of the role it has played in integrating communities within the county.

Overseeing the adjudication process was Texaco Support for Sport ambassador, former Irish rugby international and broadcaster, Donncha O’Callaghan. Referring to it as ‘a really worthy winner’, he described the club as “one in which everyone is included and welcomed, and that measures success on the true values of togetherness”.

Launched last September by Valero Energy (Ireland) Limited, the company that markets fuel in Ireland under the Texaco brand.

Open to sports clubs across the 26-counties, irrespective of sporting discipline, size, membership, age, cultural appeal or gender, the initiative saw a fund of €130,000 being made available by Valero for distribution in equal amounts of €5,000 to successful applicants chosen on a county-by-county basis.