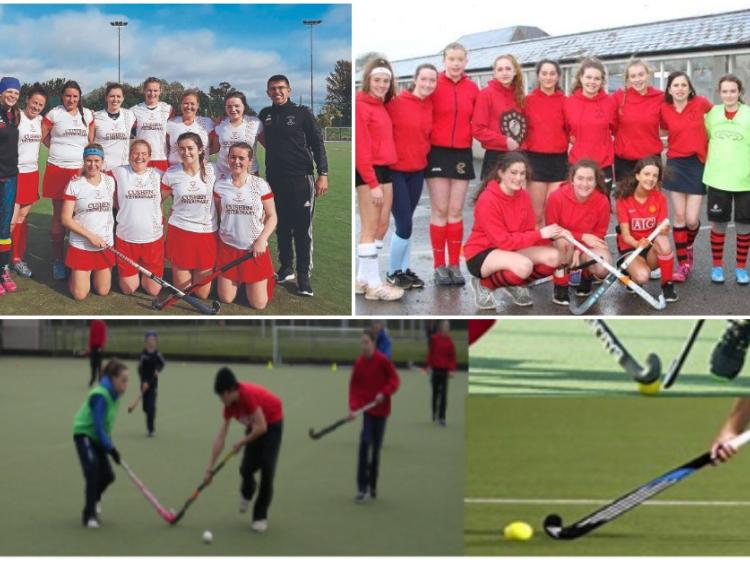 Two Laois hockey clubs have teamed up with a local secondary school to establish a Regional Hockey Centre of Excellence for Laois.

Abbeyleix Junior Hockey Club and Portlaoise Ladies Hockey Club have joined with Dunamase College, under the patronage of LOETB, in applying for a Sports Capital Grant to the Department of Tourism, Culture, Arts, Gaeltacht, Sport and Media.

This facility will be developed at the new school campus for Dunamase College, Portlaoise.

Hockey Ireland, the national governing body for hockey in Ireland, are fully endorsing the development and with their support, the project has been classified as a Regional Application.

At present, there is no appropriate astroturf facility in the county for hockey. This joint application by the LOETB, Abbeyleix and Portlaoise hockey clubs is aimed at overcoming the current obstacle.

Abbeyleix and Portlaoise Hockey Clubs have widely consulted with government agencies, community groups, sports clubs, and schools since 2018 when they set about finding a home for hockey in Laois. It became apparent that the best model was a school/club partnership with Dunamase College that utilized a facility to maximum level.

“We currently train on 5-aside soccer pitches and individual tennis courts and are required to travel outside of Laois to Kilkenny, Tullamore, Naas or Dublin to play all ‘home’ matches,” explained Emma Lawlor of Portlaoise Ladies Hockey Club.

“We have outgrown these existing training facilities. This new project with Dunamase College will completely transform hockey in the county.”

Johnny Walsh, Chairperson of Abbeyleix Hockey Club, echoed these sentiments, saying: “There is massive potential to expand Hockey in Laois and when we have the Centre of Excellence in place it will benefit the whole community.”

Work has been ongoing between all parties to promote and develop hockey in the Laois hockey clubs, local primary schools and in Dunamase College.

The Irish Ladies Hockey teams recent form has in no doubt inspired developments in the game locally, with success for Portlaoise Ladies securing successive league promotions in Leinster since 2015 and Abbeyleix Juvenilles achieving success in Inter-provincial Tournaments in all age groups, most notable being the recent U16 league win in 2019 - their third league win in a row.

Not only this, but a number of Abbeyleix players gained representative honours at Inter provincial level and indeed, Abbeyleix’s very own Daniel Brain has gone on to represent Ireland at U17 level as part of the HOD Hockey International Tournament.

In tandem with this, hockey is thriving at Dunamase College where is had been growing with the support of the staff, local clubs and Hockey Ireland, providing a sport which is accessible to all students in the school.

Dunamase College Principal, Aoife Elster, said: “Dunamase College is growing into a large and diverse secondary school and hockey has huge potential to provide opportunities for physical, social, and emotional development to all involved in our school community.”

Prior to Covid restrictions, teacher and hockey player Alison Bennett guided Dunamase players and staff in a series of competitive games against teams all across Munster and Leinster. When playing resumes, Dunamase College hope to build on this by entering the Leinster League at junior level.

These initiatives include Coaching, Young Leaders, Umpiring and Tricks 4 Sticks programmes, ensuring huge engagement across all ages and genders of the community.

Kenny sees huge potential to develop hockey in the Midlands’s area and has commended Laois’ “two very active and vibrant clubs that are bursting to expand and develop” and envisions increased participation in both male and female teams competing in Leinster Leagues in the near future.

Hockey Ireland have separately applied under the Equipment Scheme for funding to provide equipment to identified primary schools across Laois.  Laois Sports Partnership have also identified hockey as a sport with major development potential, having a ratio of 70:30 female:male participation, and are seeking to allocate funding to fuel that growth.

It is hoped the new facility will see both an expansion to the numbers playing hockey within the county, as well as future successes in all competitions, as Jerome Pels of Hockey Ireland stated:

“Hockey Ireland have identified Laois as a county that has huge potential to dramatically increase participation over the next 5 years and grow the sport across all sections of the community.”

The new facility will be developed and run based on accessibility, equality and inclusivity.

Joe Cunningham, CEO of LOETB, has outlined that plans are well underway regarding the development of the facility and hopes to see the new facility up and running by 2023.

“We are delighted to be involved in the building of the Regional Centre of Excellence for Hockey in County Laois. The facility will benefit all members of our community will be an incredible asset for Laois.”