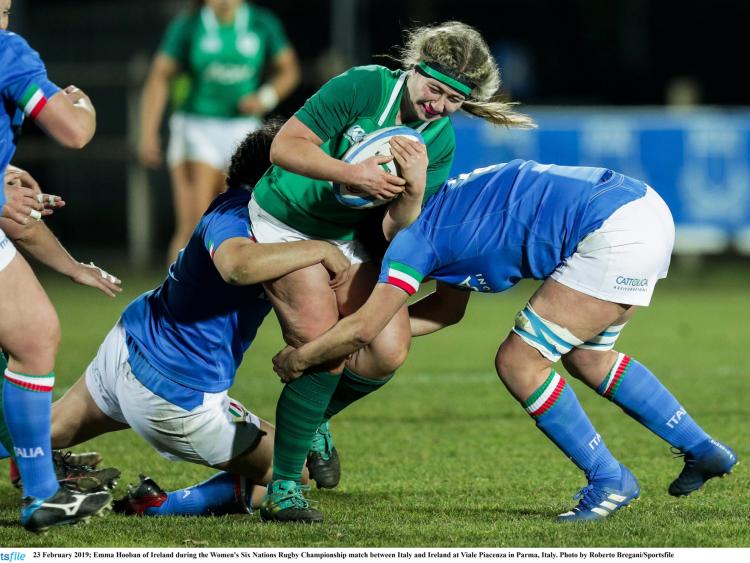 Emma Hooban of Ireland during the Women's Six Nations Rugby Championship match between Italy and Ireland at Viale Piacenza in Parma, Italy. Photo by Roberto Bregani/Sportsfile

Hooban, who has seven caps at an international level, is one of 35 players selected by the Irish coaching ticket for the tournament which begins in April.

Ireland start their campaign away to Wales on April 10 with a 5pm kick off.

A week later they are back at Energia Park to face France, with that game down for a 2:15 start.

The tournament concludes with a final round of games on April 24th determined by results over the first two rounds.

Emma, who plays hooker, debuted for Ireland in 2018.