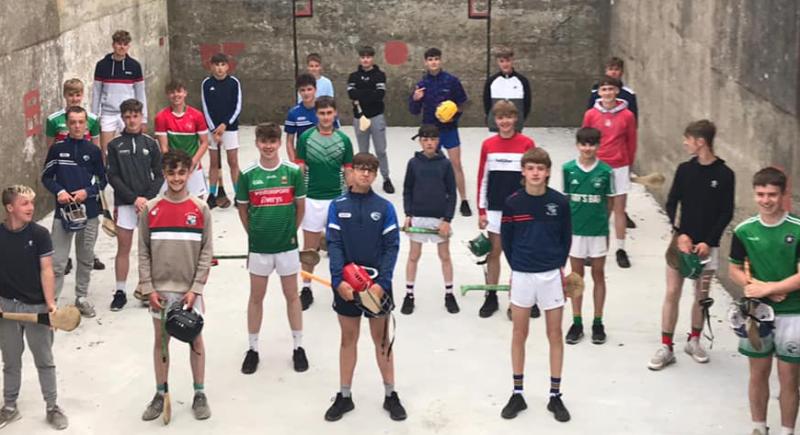 This week, the club welcomed Rathdowney-Errill Juvenile GAA Club Minors to the alley for their first ball wall tournament.

Over 24 players battled it out in one-on-one games to place in the tournament. The club have promised more updates on the tournament on their Facebook page next week.

The Ball Wall is located at the back of the local CYMS in Rathdowney, which is owned by the Catholic Church. It had previously been used for many years yet fell into severe disrepair.

This prompted the creation of the Rathdowney Ball Alley Club in 2020. The group’s aims are, “to promote the sports of Handball, Squash & Hurling.”

The clean-up began in October of 2020 and currently a new concrete floor has been installed. The funds were raised in a GoFundMe, which garnered over €4,120.

Rathdowney-Errill hurlers Jimmy Corrigan, Ross King and Brian Campion are chairman, vice-chairman and treasurer of the group, while Louise Fitzpatrick is the secretary.

Despite the hurdles caused by Covid-19, the club are successfully reinvigorating the ball alley. Opening dates and registration information is yet to be announced.