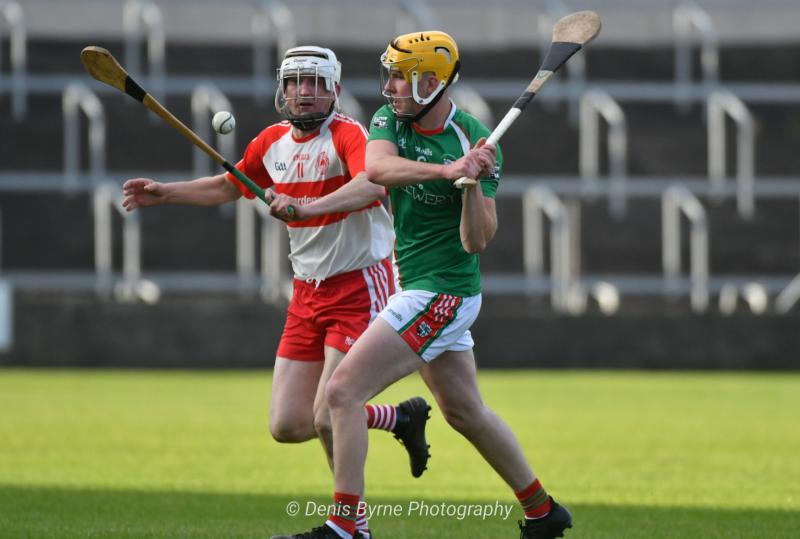 Rathdowney/Errill cruised to the 2020 Intermediate championship on Friday night after they brushed aside a Trumera outfit who played the majority of the second half with 14 men after goalkeeper Ronan Kavanagh was sent off five minutes into the second half.

Rathdowney/Errill were well on their way to victory at that stage but his dismissal ended the game as a contest and R/E showed no mercy as they kicked for home.

Patrick Hosey got the first score of the final after the Trumera man delivered a score from a tight angle but Rathdowney/Errill didn't take long to reply with Paddy Hassett landing a free to make up for the one he missed in the opening minute.

Eoin Bourke was proving effective at centre forward for Rathdowney/Errill and he landed the first of his three first half points to put his side into the lead on five minutes.

Cathal Brophy replied for Trumera to level it up  but Rathdowney/Errill then began to pull away. Bourke again along with points from John Carroll, Ray Bowe and two from Jordie Kavanagh left the R/E men leading 0-8 to 0-3 at the first water break.

The water break was just the tonic that Trumera needed and they came back out with a pep in their step and dominated the next six or seven minutes. Patrick Hosey was causing trouble in the inside forward line while Niall Sinnott landed two long range frees to eat into the gap.

Ray Bowe got a badly needed point for R/E on 21 minutes and only two points separated the sides - 0-9 to 0-7 as the half drew to a close.

Paddy Hassett drilled over a '65' to extend the lead for Rathdowney/Errill but Cathal Brophy and Patrick Hosey repiled in kind for the Trumera men and coming into the last two minutes of the half, Rathdowney/Errill only led by one having led by five points at the water break.

Trumera were lucky to be still with the full compliment of players as in the 29th minute of the half, full  back John O'Connor appeared to strike Liam O'Connell after the pair had some verbals but referee Alan Doheny decided that a yellow card each was the best course of action.

Tempers were wafer thin in the closing stages of the half but there was time for two more scores with Paddy Hassett landing his second '65' and another free to send them in 0-12 to 0-9 ahead at half time.

The game would be decided  in the opening five minutes of the second half.  Jordie Kavanagh found the net on 32 minutes after Ray Bowe flicked inside to him and just two minutes later Rathdowney/Errill had a penalty after Liam O'Connell was fouled.

Following some afters between and Trumera goalkeeper Ronan Kavanagh, referee Alan Doheny, after consulting with his umpires issued the Trumera netminder with a straight red card while Paddy Hassett dispatched the penalty beyond stand in goalkeeper Niall Sinnott to make it 2-12 to 0-9 after 35 minutes.

Former Rathdowney/Errill man Conor Madden did get one back for Trumera for his second of the night but the game was realistically gone from them at that stage even if there was more than 20 minutes still to play.

Rathdowney/Errill were now using the space to great effect and with Ray Bowe landing three from play in as many minutes, they were now at their ease leading 2-17 to 0-10.

Jordie Kavanagh added to his impressive tally just before the second half water break with R/E leading by 14 points with 15 minutes to go. 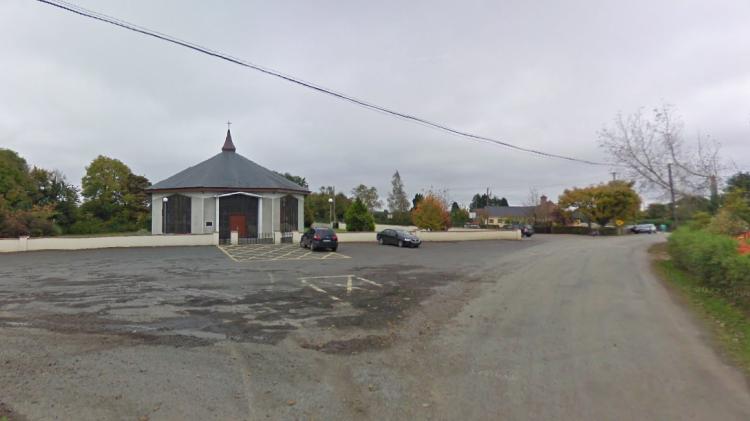