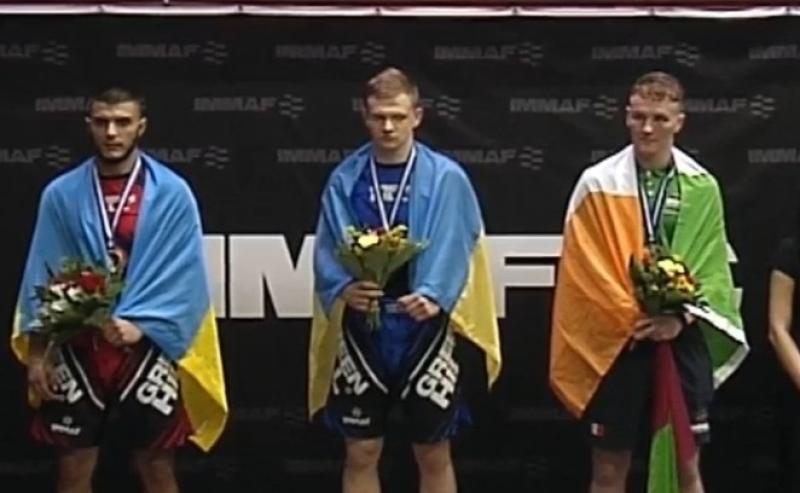 The 19-year-old narrowly missed out on a spot in the junior middleweight final after a tough contest against eventual gold medallist Andrii Dunaiev of Ukraine - which saw both fighters leave everything in the cage.

In last Friday morning’s semi-final, Ward’s opponent came sharper out of the blocks, taking the first round of the match-up with a crisp display of striking that had the Laois fighter on the back foot.

Ward worked his way back into the contest by the end of the second, and flipped the script in the third round with an impressive display of grappling and ground-and-pound that looked close to finishing the fight.

Dunaiev, however, hung on and the judges declared the bout a draw; after which the contest went to a sudden-death fourth round - the first of the tournament.

Victory, however, was not to go the way of the Laois man as the referee stopped the fight after a flurry of punches from the Ukranian to take the contest.

It was a successful outing last week to the Czech capital for the travelling Irish amateur MMA squad. The contingent took second place in the medals table in the Junior (19-20 year olds) category, with two golds, two silvers and two bronzes; and finished fourth overall in the Senior table, with one gold, four silvers and two bronzes.