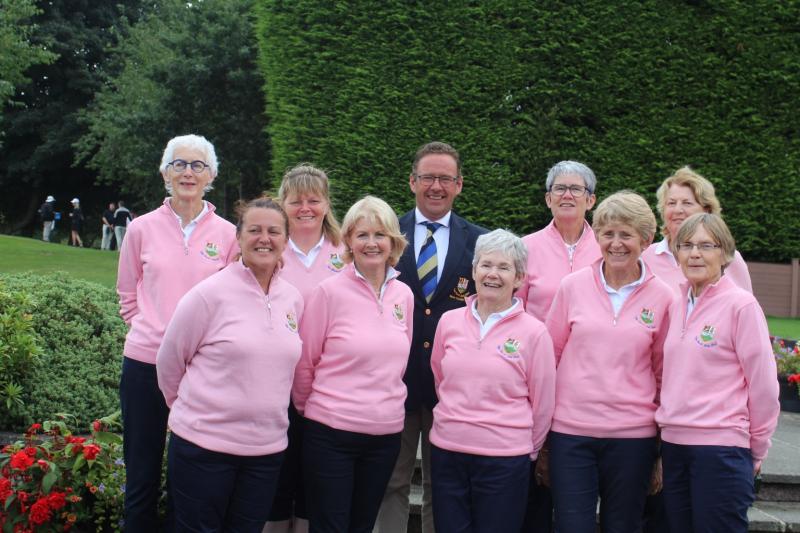 The Heath golf club came close to landing a major title for the club last week. Their Minor cup team battled their way through a three month competition culminating in them winning the silver medal at the Golf Ireland finals held in Shandon Park, Belfast.

Having battled their way through and disposed of the competition along the way, it came down to a final meeting with Powerscourt golf club with the Wicklow club just edging them out.

This was a tremendous achievement for the club and one they are all very proud of.

PATH TO THE FINAL

The competition commenced on the 13th of June with home advantage against Killeen. The team did us proud by winning all the matches. The next match was on 27th June when we travelled to Rathdowney with three matches away. The ladies playing at home made it easy for the away players by winning both matches. We got the one match needed in Rathdowney.

Marching on to Royal Curragh on the 11th of July (the hottest day of the year) with home advantage i.e., 3 at home and 2 away. The Royal Curragh ladies were better able for the heat (and the Heath) taking two matches. News came back to the Royal Curragh that they only needed one win at home. The matches were very tight, looking like they could fall either way, but our ladies never lost focus. Our first match was flat after 18 holes and our player marched on to the 19th hole.

She hit a wonderful drive and had her opposition under pressure from word go. She went on to win the 19th hole and the match. Our next player won on the 18th rounding off a great victory against the odds. We are now in the area semi-final.

So off to County Longford we go on 25th July with three matches away. The home players played their part by winning both matches leaving us needing just one away win. Having lost both the first and second matches on the 16 & 17 holes it was all or nothing for the third match.

This, thankfully, was won on the 17th hole. This victory put us through to the area final on 8th August against Mount Juliet with them having home advantage. Winning just one match at home we needed to win two away. Our team came up trumps again by winning the two, one on the 15th and the other on the 17th.

Having won the area final, we qualified for the All Ireland Inter-Club Finals. There were eight areas that qualified; two from Ulster, two from Munster, one from Connacht, and three from Leinster. These matches were played at Shandon Park Golf Club in Belfast. We had a practice round at Shandon Park on Monday 6th September with play starting the following day.

We were drawn against Castlegregory the West Munster regional winners which we won convincingly to qualify for the semi-finals. This time we met East Cork a club that has a formidable reputation. This was a very exciting match having won two and lost two it was anyone’s game.

The last match was even on the 18th so our player had to head down the 19th. Our player stayed focused and having putt from the edge of the green to a "gimme" distance the match was conceded by the opposition.

On to the fourth day of golf in a row, we are now in the final and our opposition is Powerscourt. Unfortunately for us, they had a fairly easy win in their semi-final winning two matches early, one on the 17th, and two matches called in so they had reserves in the tank.

Our ladies gave them a good match. Having lost two on the 15th, we had three matches still all to play for on the 17th. Two matches were even, and one was 1 up. We won one on the 18th, lost one on the18th and the other match was called in and so Powerscourt went home with the gold medals.

Marion Mills accepted her Captains medal from the chief executive of Golf Ireland and presented the silver medals to the team. She congratulated Powerscourt on winning and thanked them for the sporting way the match was played.

She thanked Golf Ireland for all the work they put in for the organisation of the event. She thanked her own team for all the dedication and commitment, also the supporters for traveling so far. The team played consistent and exciting golf from the start practiced hard and committed to all the matches.

They were assisted with coaching and received invaluable tips from our Club PRO Mark O Boyle. A number of Heath Ladies teams have reached semi-finals in ILGU events but reaching an All-Ireland Final in the first year of Golf Ireland ranks among one of our biggest triumphs. 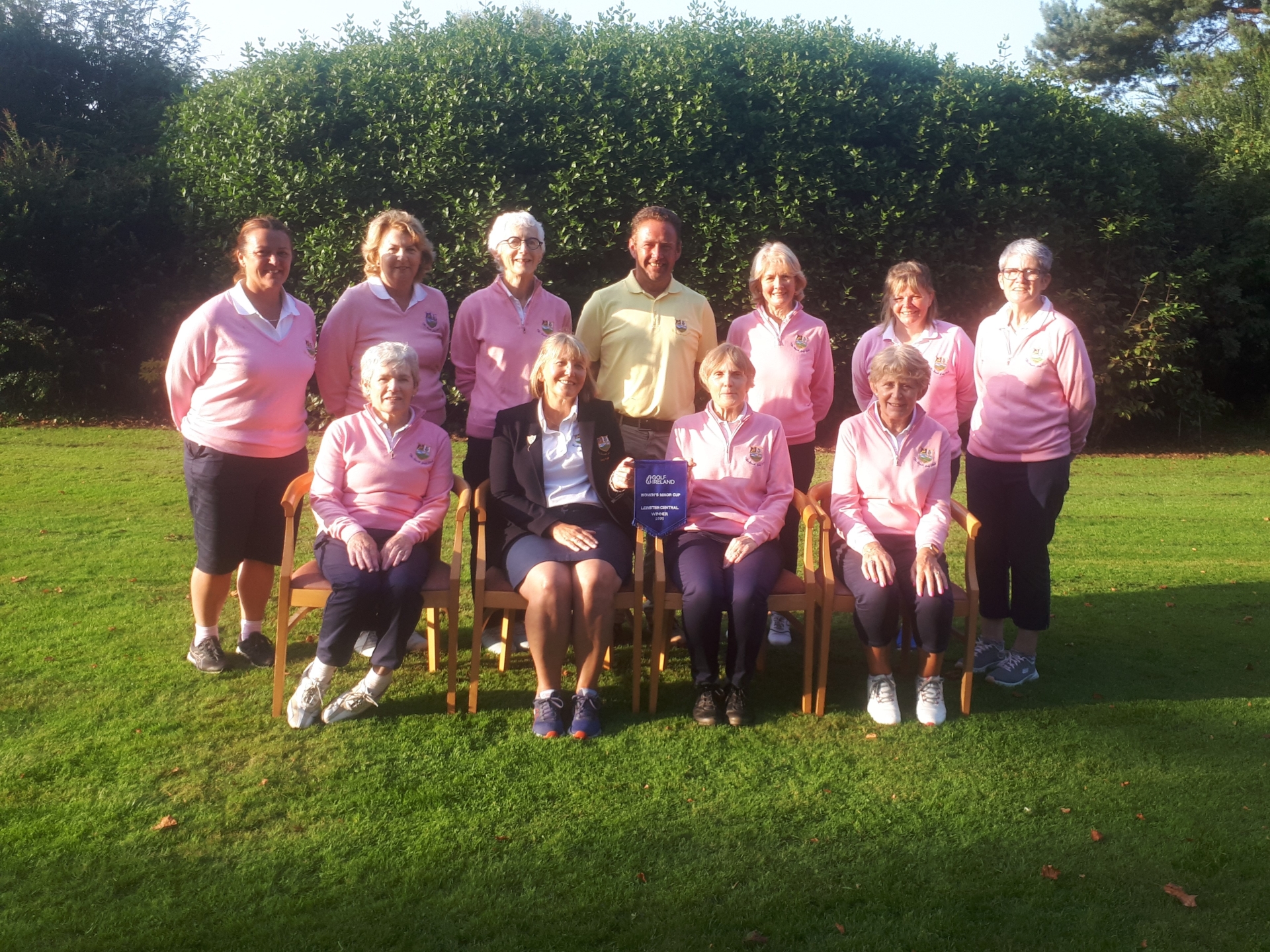