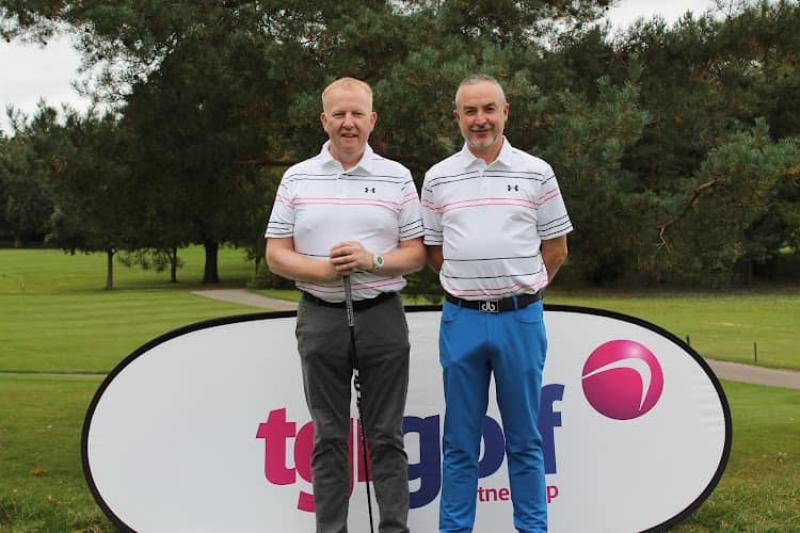 With over 90 Srixon Club Professionals from GB & Ireland organising a singles qualifier in their respective clubs, where the top 20 end up at The Belfry to find the Srixon Amateur Champion for 2021, things were looking promising for The Heath when Anthony O’Reilly posted a score of -7 at the qualifier competition in June.

After two months of scores flooding in, The Heath were still well in the top 20, but then it started to change. The Laois club eventually ended up 21st, or first reserve. As it turned out, that proved to be good enough and they packed their bags and booked our flights to Birmingham. The 20 amateurs and their PGA Professionals headed to The Belfry in October to battle it out for a team prize and the crown of Srixon Amateur Champion 2021.

The format was 18 Hole Singles Stableford for the amateurs and The Heath team of Anthony O’Reilly and Mark O'Boyle were paired with Alan White the Pro from Craigmillar Park GC and his amateur partner.

Anthony opened his account with 4 nonchalant pars on the first 4 holes and after 9 holes turned with 20 points. The early flight (6:15am) and the obvious earlier start from Portlaoise to the 1st tee at 11:30 began to take its toll and the energy levels dipped a bit, taking the chance of a prize away with it.

1st Prize was a set of Srixon Irons, woods, wedges and a bag and was won by Steve Smith a 1996 Atlanta Olympic high jump bronze medallist and still the English record holder.

For winning the qualifier at The Heath, Anthony received a Cleveland wedge and a dozen balls. The goodie bag on the day consisted of a Srixon cap, a dozen balls, an Under Armour golf shirt, a golf towel and a very nice pitchfork.

According to Anthony the whole experience was very enjoyable, Mark was great company and it was a privilege to get to play at The Belfry and he was proud to represent the Heath Golf Club.