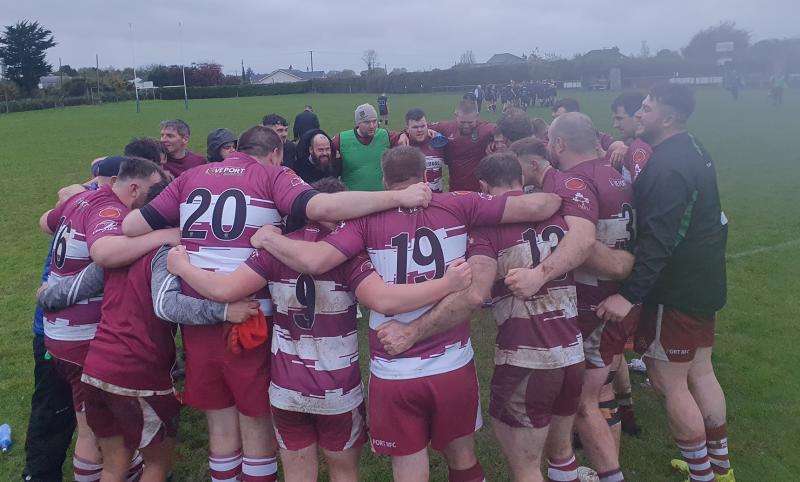 A top of the table clash last Sunday in Portarlington, saw Ross Doyle’s men come out on top in an entertaining and physical game in lea Road.

The Dublin Dogos (Argentine Breed of Dog) a team historically made of of Argentinian ex pats in Dublin,  but now includes players from France, Italy, Spain, South Africa and more would have been favourites coming to into the game having previously defeated Port in a preseason tournament.

The Dogos started the brighter and scored the first try of their day through Argentine Andres Villar after taking a hard line and breaking a weak defensive line from Port.

Port responded with a brilliant try from Stephen Mulhall, who finished after a sensational break from James Brennan around Midfield. Nicolas Doggett added two penalties before half time leaving it 11 -7 at the break.

The second half was the Nick Doggett show , scoring two brilliant trys from full back. The pack lead by captain Stephen ‘Oscar’ 0akley  gave him a platform to perform with an aggression and physicality not seen for quite a while in Lea.

Dylan Strong powered over for a try and James Brennan was on the back of a truly dominate scrum that got a push over try in the dying minute. The returning Jack Hennessy was outstanding throughout alongside Darren O Connor.

A superb performance all round that the players and management will be really pleased with as they head to North Meath this Sunday to play third placed North Meath Athboy.