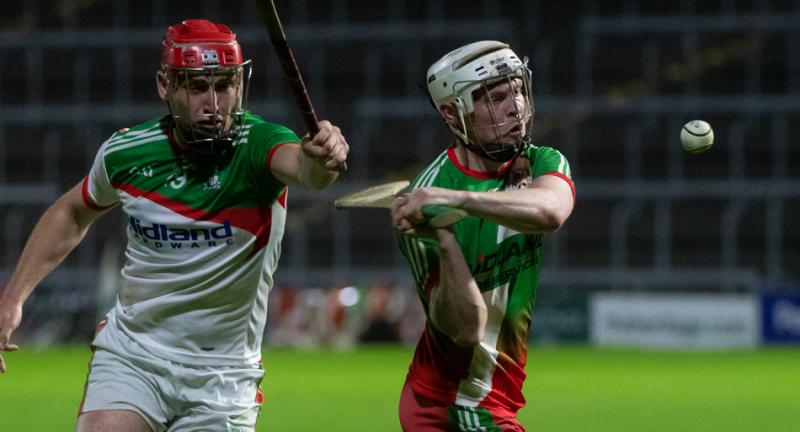 How a team reacts to a tough and heartbreaking defeat can tell you a lot. Borris-Kilcotton Captain Colm Stapleton will be hoping to lead his side to County final glory on Sunday and he has been quick to praise his fellow players for how they have bounced back so quickly after a County final defeat less than three months ago.

“Full credit to the management and the players. It can take a loss like that to just get the heads down again. To be fair to everyone in the setup, they have great resilience and mental toughness.

"It is very strange, we are just delighted to be playing well enough to get back there, he explained.

“The way last year went, it was great to get to the final, unfortunatley we missed out on winning it but we are delighted to be back.

“It was really get back on the horse super quick. Some people might think its the worst thing in the world to have to turnaround so fast but we just got on with it. Thankfully the championship has gone our way so far.

Facing them on Sunday is a Clough-Ballacolla side responsible for the hurt caused to Stapleton and company in the 2020 final. Motivation won't be a problem for the Borris-Kilcotton men on the day but Stapleton couldn't but agree that Clough-Ballacolla have been impressive, particularly in their semi final win over Rathdowney-Errill where they played the second half with 14 men.

“They are consistently up at the top. They have a lot of players on the County panel so we are fully aware of what we have. We have seen what they are capable of but we are just excited about the chance to have another go.

“Usually when a man gets sent off it can rattle a team but it nearly drove Clough-Ballacolla on even more. They nearly worked harder with the man down. They did very well and worked their way back into it.”

Borris-Kilcotton were equally impressive in their semi final win over Camross with Colm Stapleton paying particular tribute to their goalkeeper Eoin Fleming who made some top class saves in the second half to keep Camross at bay.

“Sometimes when you have a strong wind, people can think it can win a half or a game for you but Camross performed well against the wind. We knew the wind wasn't going to do it for us and that we really had to keep pushing in the second half and work the ball as best we could.

“We knew if we slipped off, they would come back.

Eoin Fleming (Borris-Kilcotton goalkeeper) is brilliant. It is a great feeling having someone as good as Eoin in the goals in terms of pure safety and knowing that he will make those big saves.”

With such a tight knit club, support both in the lead up to the game and on the day itself will be something that the players only got in a diluted sense for the 2020 final. With most restriction lifted around GAA games, Stapleton believes the supporters have a massive role to play.

“It is great to have everyone back. Supporters put their heart and soul into as much as the players and we hope we can put in a performance for them on Sunday.

“Definitely, when you are on a high it can keep you going or when you are suffering from a bit of a dip or when the other team are going through a purple patch, it is the supporters that really give you that energy. Supporters have a big part to play in matches.

“We are delighted to be back and happy that we have put in good performances along the way. Hopefully next Sunday we will do ourselves justice. We want to prove that we are as good as we can be.”

15 excuses GAA teams give for losing the county final