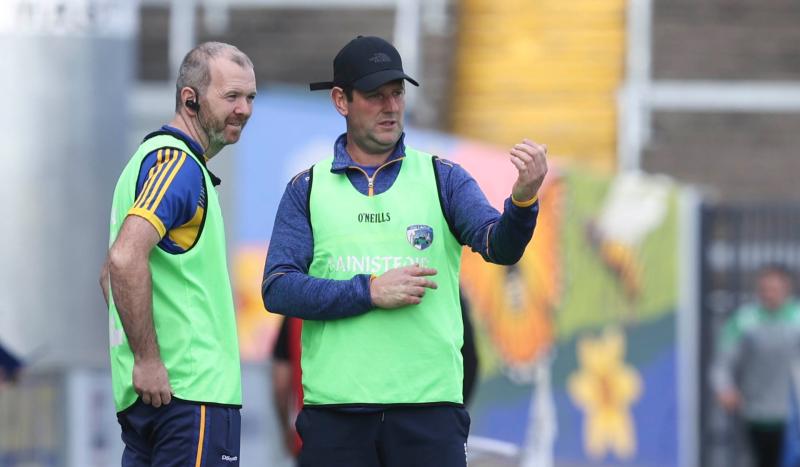 Clough-Ballacolla manager Declan Laffan insists his charges are prepared and ready for battle on Sunday as they go in search of back to back titles for the first time in their history.

The Loughmore-Castleiney man already has one title under his belt this year after his side beat Borris-Kilcotton in the 2020 decider but a mere three months later, he is looking to guide them to the double.

“Your stalwarts know what it takes to win County finals but unfortunately they have never won titles back to back so this will be a challenge for them to try and get over the line in this one. Lack of preparation or not doing the right thing won't be an issue anyway.

“It would be huge for this bunch of players. From what I gather, no one with the exception of Camross has done it in the last 20 years or so. If you collect silverware at the end of the season, that's all that matters.”

Reading between the lines, it's safe to say the Tipp native isn't expecting a classic given the time of year and the weather we are experiencing. When asked if his charges would be ready to slog it out, he replied;

“I think we are and I am expecting that's what it will be. Pitches are getting poorer by the day and there has been a lot of rainfall even since our semi final. It is going to a slog and whoever wins it will earn it.”

He doesn't buy into the logic that they came through to the semi final untested and insisted that he is happy with where his squad is at, especially with some new blood entering the fray this year.

“I think that might have been more of a public perception. We took care of out own end of things. We got some very good challenge matches in as well and I know they are not the same as championship intensity but they weren't too far off it. We were happy going into the semi final.

“We have a couple of young players after coming into our panel as well so it has upped the ante and improved the competition for places. The more quality you have, the better you will be.”

That semi final win over Rathdowney-Errill was impressive but it did get nervy towards the end with the concession of late goals. The banisteoir didn't dwell too much on that though.

“You can't really give out to lads. It was full blooded stuff and we were 14 v 15. We had the elements behind us which was a big help but they had put in such an effort. It was slightly disappointing to concede the two late goals but we didn't read too much into it.”

He took over the team in 2020 so he hasn't experienced a 'normal' year with the Laois club but explained that he has had good people around him and the players adjusted well to the short turnaround between championships.

“I have been fortunate to have great help and great selectors with me in Clough-Ballacolla. We are all aiming for the one thing and thankfully when we got the chance in August at the County final, we won it and hopefully we can do the same on Sunday.

“There was no great difficulty in focusing the minds. We had three weeks of a lead in to the 2021 championship. We went back training the Friday night after the 2020 County final. We just got back at it.